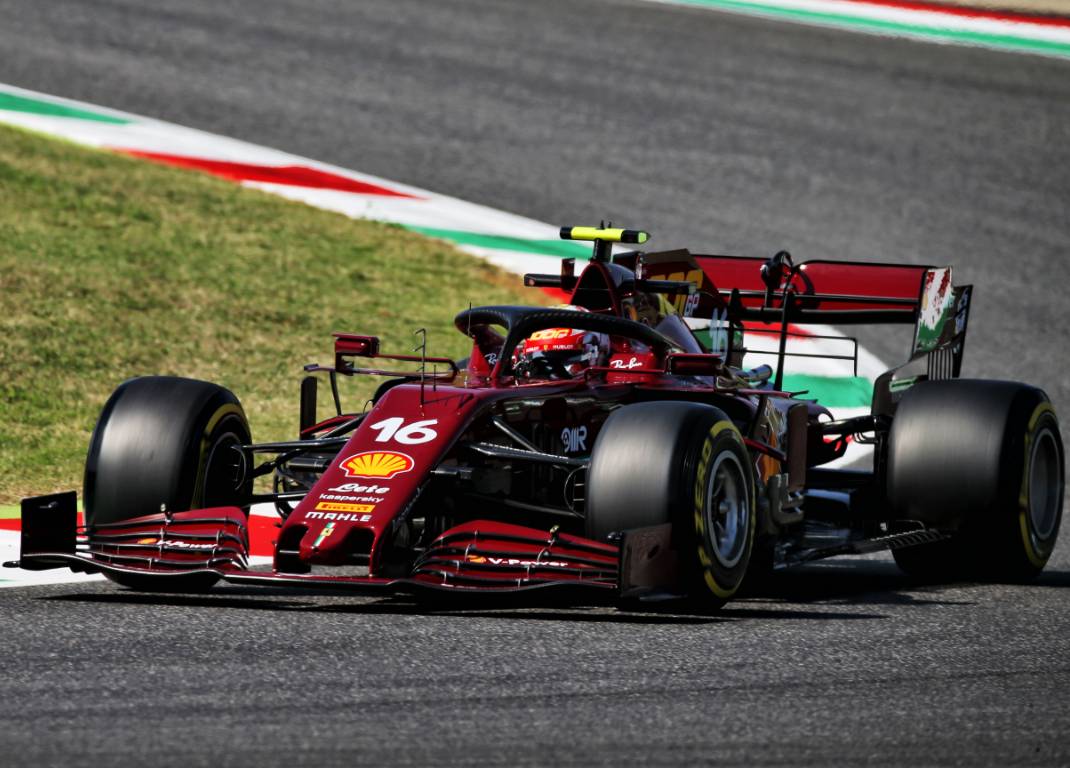 Charles Leclerc revealed that having greater confidence with the balance of his Ferrari had propelled him to P5 in qualifying for the Tuscan Grand Prix.

In the Scuderia’s 1,000th World Championship race, at a Mugello circuit they own, Leclerc provided welcome encouragement with an excellent Saturday performance.

It was much-needed after last weekend’s dreadful time at Monza, where Leclerc and his team-mate Sebastian Vettel both failed to finish the Italian Grand Prix. Indeed, the Monegasque driver had crashed out heavily into the tyre barrier at the Parabolica.

But in a Ferrari with a special one-off burgundy livery in honour of their notable landmark, Leclerc was the fastest driver in Q3 outside the Mercedes and Red Bull cars that will occupy the first two rows of the grid.

“It was amazing, P5 was definitely the best we could have done today and I didn’t expect it, so I’m very happy with the lap overall. I put everything together,” said Leclerc.

“Monza and Spa were extremely difficult for the whole team and the characteristics of this track are better for our car, but that doesn’t explain all of the performance this weekend.

“I think it’s still a bit of an unknown and this is very important for us to understand because that’s how consistently we will be at our best.

“At Monza I really wasn’t confident with the car and I probably wasn’t driving at my best because I didn’t have the confidence in the car. This weekend I have more confidence and so it helps me to give my best.

“I struggle massively to drive the car with low downforce settings, but here we managed to put the balance right and it felt very good in the car. We are lacking overall performance to be able to fight with the guys in front, but the balance gave me confidence.”

Nevertheless, Leclerc is realistic that having been struggling down in the lower midfield for the previous two races, he could find himself dropping down the order again on Sunday.

“Looking at the race pace of the other teams on Friday, there were quite a lot of cars that were stronger than us so it will be difficult to keep them behind,” he admitted.

“But that’s my job in the car and I will give everything.”