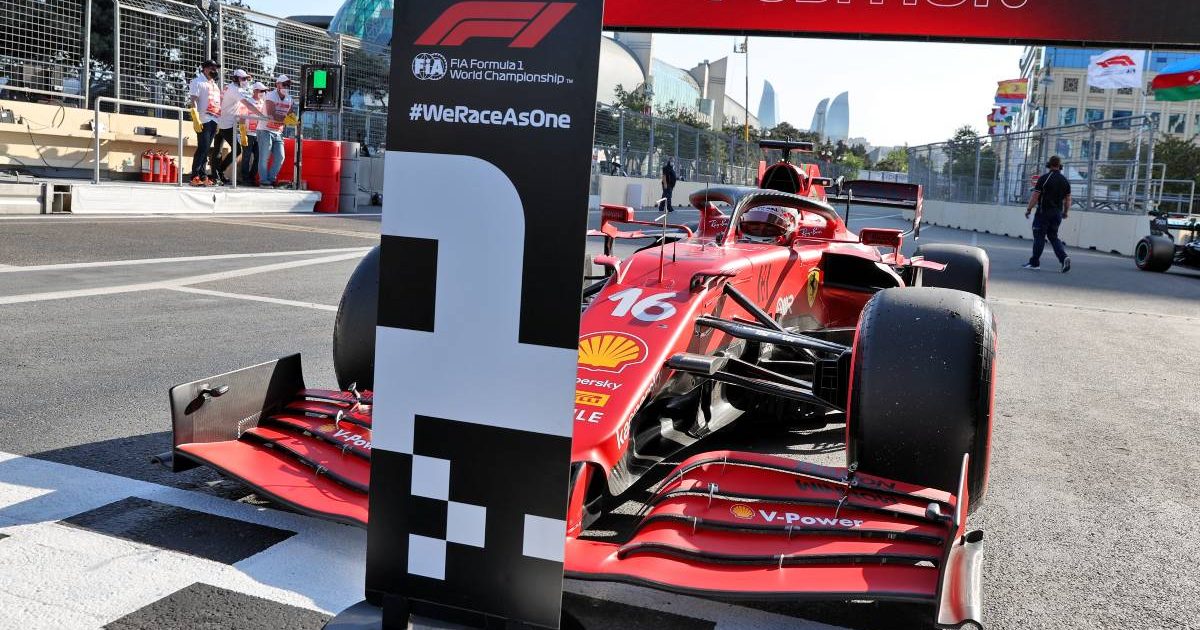 Charles Leclerc thought he had taken pole position with “quite a sh*t lap” after springing another qualifying shock, this time at the Azerbaijan Grand Prix.

Two weeks ago, the Monegasque driver was in the same position – finding himself on pole after a Ferrari had crashed during the final Q3 runs, a red-flag stoppage ending the session.

Last time in Monaco, it was Leclerc himself who had hit the wall. On this occasion it was his team-mate, Carlos Sainz, although his accident was a result of being distracted when Yuki Tsunoda planted his AlphaTauri into the barrier just up the road.

Neither pole position had arrived in ideal circumstances, Leclerc admitted afterwards, but he was delighted to maintain Ferrari’s revival having said before this weekend he expected it to be a case of “back to reality” in Baku after their increased competitiveness in Monaco.

It also atoned for the last time Azerbaijan qualifying took place in 2019, when Leclerc himself crashed out at the Castle section when on course for pole.

And the 23-year-old did not even think he had achieved his P1 grid slot with the ideal lap, acknowledging it had benefited from a slipstream inadvertently provided by Lewis Hamilton’s Mercedes down the long pits straight.

“It was quite a sh*t lap, I thought,” said Leclerc during his initial post-qualifying interview.

“There were two or three corners where I did mistakes, but then of course I had the big tow from Lewis in the last sector which helped me a little bit. Overall, I think we would have been thereabouts for pole anyway without the slipstream.

“It’s a good day – I did not expect to be as competitive as we were today. I think I was improving again before the red flag, but it’s like this. On the pole, I’m happy, and hopefully it’s all good for Carlos and the team.

“It definitely feels very good. On the other hand, it’s with a red flag again. I wish we had it on a normal track, but a pole is a pole.”

However, with World Championship rivals Hamilton and Max Verstappen in the next two places on the grid, Leclerc is doubtful about how long he will be able to remain in front.

“The car feels quite okay, but I believe Mercedes and Red Bull have something more than we have in the race especially,” he said.

“We saw that in FP2 [race simulations] so it will be very difficult. Here is not like Monaco – they can overtake.

“I will try to do the best job possible and hopefully we can keep that first place, but it will be difficult.”