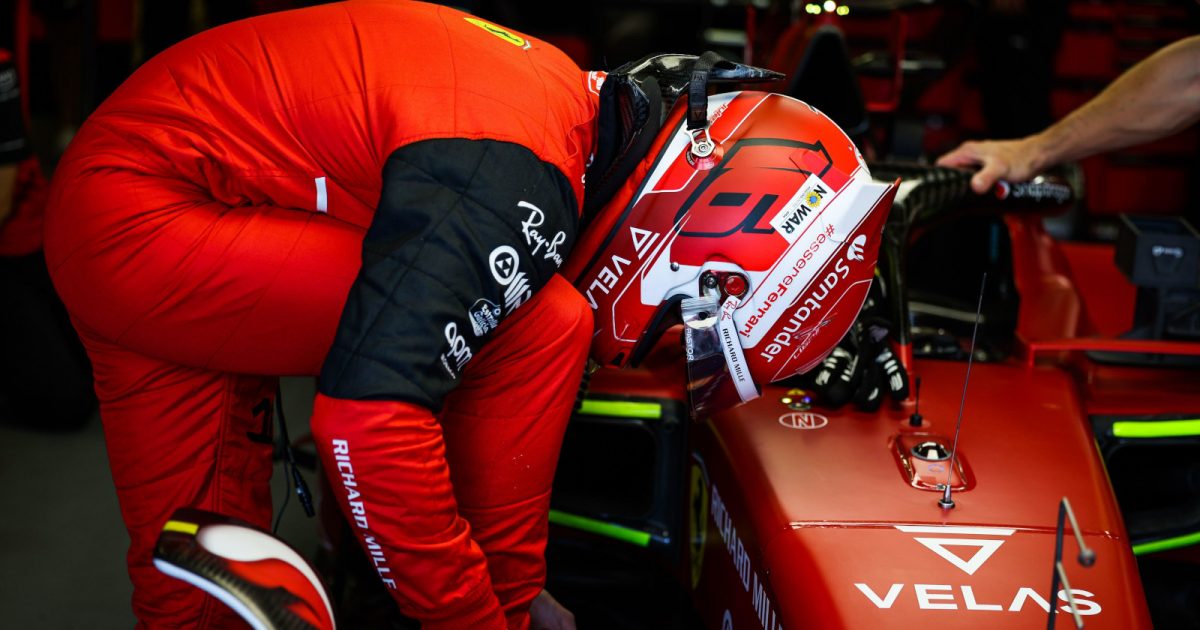 Unable to turn his last two pole positions into race wins, Charles Leclerc just wants to “finish the job” when he lines up P1 for the Azerbaijan Grand Prix.

He, however, has only two wins on the board and has fallen to second in the Drivers’ Championship, lagging nine points behind Max Verstappen.

Leclerc lost the lead in the championship at the Spanish Grand Prix, a race he started from pole position and was leading before his engine gave up.

His efforts to get it in Monaco were thwarted when, again having been on pole position and having led the race, he was undone although this time it was reliability, rather it was a bad strategy call from his Ferrari pit wall.

This weekend, which regaining the lead is a bit more difficult, Leclerc at least hopes to make inroads by following up his pole position with a race win.

“I just want to finish the job,” said the Monégasque driver. “The past two weekends I’ve already said that on the Saturday and it didn’t happen on the Sunday.

“Let’s see how it goes in the first few laps, and then I will try to keep the lead.”

Leclerc have never won on the streets of Baku, in fact he has never been on the podium.

His best result was last year’s P4 but the up side to that is no driver has ever repeated a Baku victory, so history favours there being a brand new winner.

Leclerc lines up P1 ahead of Sergio Perez and Verstappen with his team-mate Carlos Sainz fourth on the grid.

“I’m really excited,” he said. “I think we’ll have quite a bit of answers because tyre management is a big thing here. In Barcelona and Monaco we were managing it well, even though in Monaco it was difficult to see anything.

“But overall, our race pace has done a step up since we brought the upgrade. So it will be very interesting whether it will be the case here too.”

Asked if he was happy with Ferrari’s race pace, he replied: “It looked strong in FP2. Whether it’s strong enough compared to the Red Bull, this we will see.

“I think since we have the new package we’ve tried different things. And from my feeling it feels better in the race. But we still need to confirm it.

“The feeling is there and it’s good so I’m optimistic.”