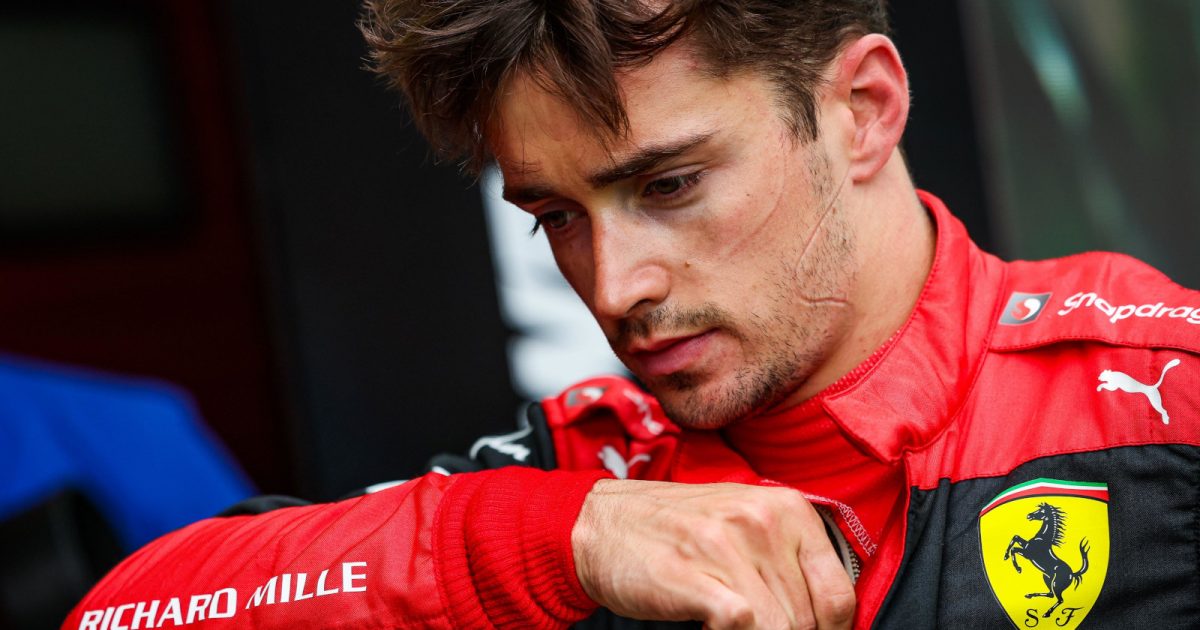 Charles Leclerc said he “lost the brakes” in the classic Ferrari, leading to his crash at the Monaco Historic Grand Prix.

Leclerc had been on a demonstration run in Niki Lauda’s 1974 Ferrari 312 B3, taking the classic challenger for a spin around the streets of Monte Carlo, though that ended up becoming too literal.

The current Ferrari driver would lose the rear of the 312 B3 as he entered La Rascasse, causing damage to the rear wing upon a heavy whack of the barrier.

After he got going again, Leclerc would come to a stop on the pit straight, where he found ex-Ferrari driver Jacky Ickx, who had been on a demo run in his Ferrari 312 B2 from 1972.

At that stage, Leclerc explained to Ickx what had gone wrong for him in the 312 B3.

“I braked, the pedal was hard, and it went to the floor.

“I was lucky to have it at that moment, because if I had had it at another place, it was no good… the problem is that I got scared. I arrived normally in the corner.”

Despite Monaco being home turf for Leclerc, he has never enjoyed the greatest of luck there when it comes to getting behind the wheel of a racing car.

In 2021 he qualified on pole for the Monaco Grand Prix, although a crash at the end of Q3 had led to a driveshaft failure on his Ferrari which became apparent on his lap to the grid. That meant it was the end of Leclerc’s day before the race had even begun.

Leclerc has never reached the chequered flag at a Monaco Grand Prix since entering Formula 1 in 2018, while he also exited both races in the Principality the previous year on the way to winning the Formula 2 title.

The 2022 Monaco Grand Prix is now approaching fast, but before that, Championship leader Leclerc will look to wrestle back some momentum at the Spanish Grand Prix, Red Bull’s Max Verstappen having recorded back-to-back wins to cut Leclerc’s lead at the top of the standings to 19 points.