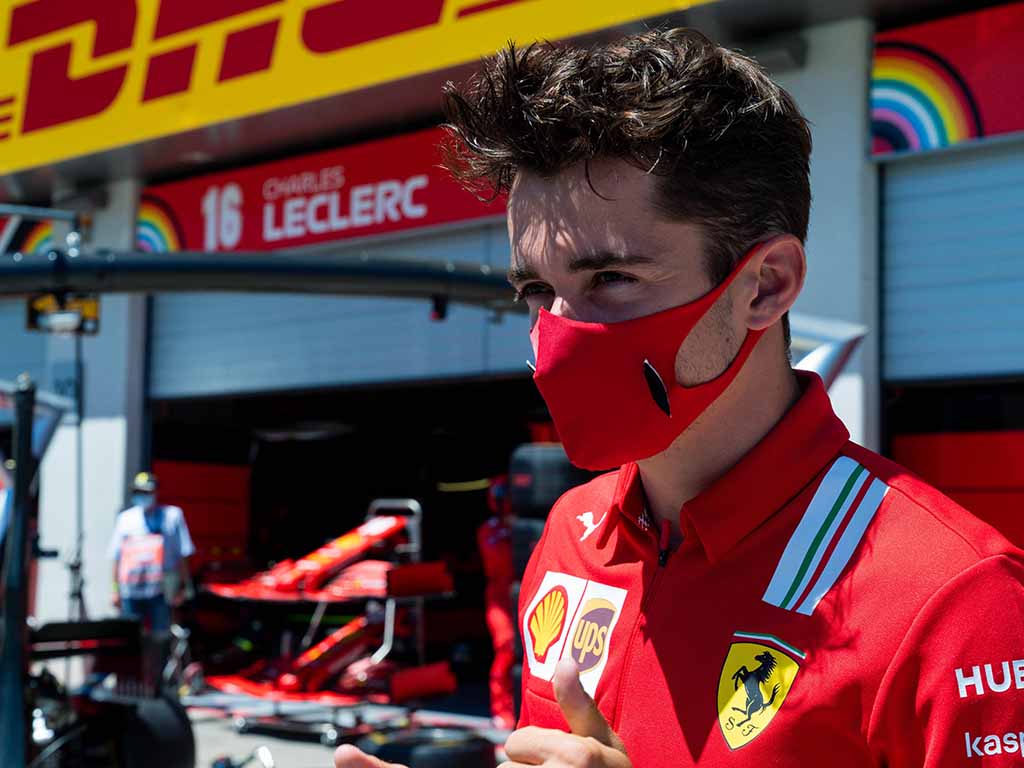 Given how much the Ferrari is “destroying” tyres compared to others, Charles Leclerc is hugely pleased he’ll start tomorrow’s race on mediums.

It was a positive session for Leclerc. Not only did he managed to qualify in P4, ahead of everyone bar Mercedes and Max Verstappen, but he also managed to make it into Q3 on the medium tyre.

This means that he will start the race tomorrow on that compound, which is generally seen as a better strategy than starting on softs.

He thinks that this is the case even more so for his team, as feel their car is wearing out tyres more than most.

“I’m extremely happy about today. I didn’t expect to be P4 for tomorrow’s race, especially not starting with mediums,” he said in the paddock after the session.

“We tried it but we were not very confident about making it, so to make it work was very nice, and it’s looking good for the race.

“Our race pace – we are struggling – we are just destroying the tyres quicker than the others so starting on the mediums will help us massively.”

A major talking point throughout the race weekend so far has been the wind. It was strong yesterday, while today it came from the opposite direction.

The gusts caught many drivers out, and, according to Leclerc, the changing condition hugely affect the balance of the cars.

“It’s very challenging in a Formula 1 car without wind already because Maggots and Beckets now, it’s crazy how quick that is,” he added.

“Now with the wind, it completely changes the balance of the car so you need to adapt to it quickly because it really affects the balance.”

While Leclerc is pleased with his Saturday, his team-mate Sebastian Vettel won’t be. The German had to use soft tyres to get into Q3, meaning he’ll have to start on them tomorrow.

To make matters worse, he hugely struggled for pace in the final session and could only manage to take P10. On the bright side, he does at least start ahead of a Red Bull, Alex Albon, and a Racing Point, Nico Hulkenberg.