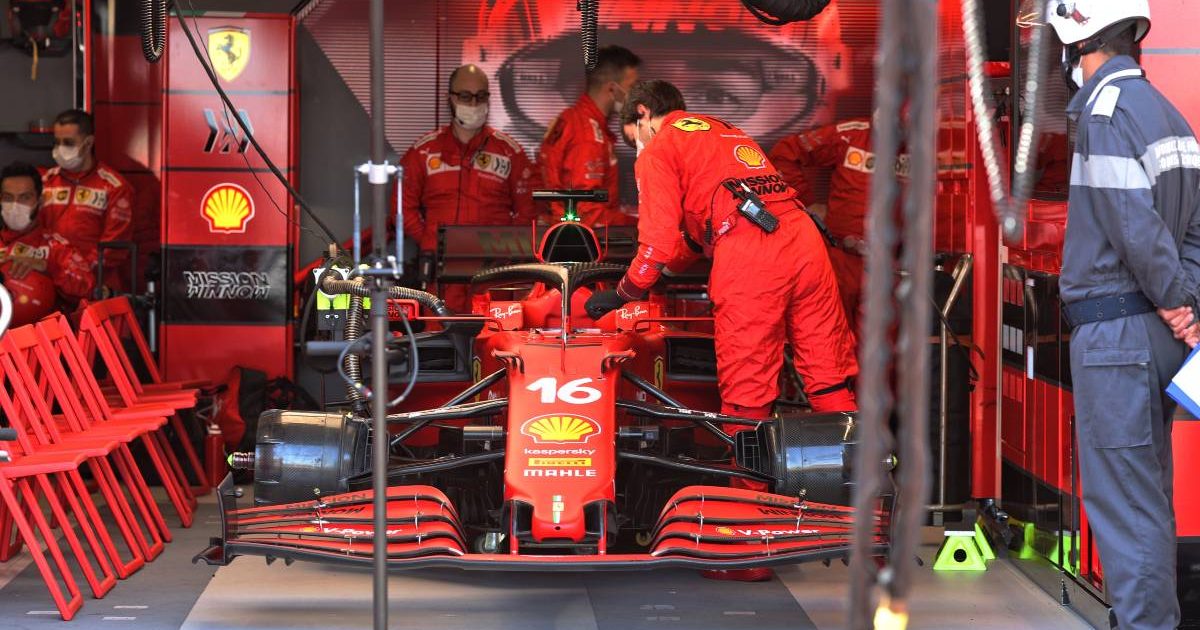 Ferrari have reportedly confirmed that Charles Leclerc’s Q3 crash in Monaco did cause the driveshaft failure which kept him out of the race.

It is common practice for the Monaco Grand Prix to throw up a surprise or too in the Formula 1 pecking order, and upon the series’ return in 2021 it was no different.

Having spent the season so far battling with McLaren at the head of the midfield pack, Ferrari suddenly became shock contenders for pole around the streets of Monte Carlo.

And this was exactly the result which Leclerc delivered, claiming pole position for the first time at his home race in Formula 1, even if the session did end with him crashing the SF21 at the Swimming Pool complex.

As long as the gearbox was not damaged, then Leclerc was still permitted to keep his place at the head of the grid. A Ferrari inspection cleared it, and so it appeared the Monegasque had dodged a major bullet.

As it turned out though, he had not. On the formation lap to the grid Leclerc reported problems with the gearbox, and upon returning to his garage Ferrari confirmed that he would not be able to take part in the race, continuing the Monaco curse.

Leclerc has never seen the chequered flag at his home race in a run that stretches back to 2017.

Ferrari reported though that it was not the gearbox that had failed, but instead the left driveshaft hub.

Ferrari confirm that the left driveshaft hub failure that caused Charles Leclerc not to start the Monaco Grand Prix was a consequence of his qualifying crash. This is not a part normally checked following this type of accident but Ferrari will update its procedures now

At the time Ferrari were not sure about the cause of this failure, but Motorsport.com and BBC Sport’s chief F1 writer Andrew Benson are both reporting confirmation from Ferrari that this broken driveshaft was indeed caused by Leclerc’s Q3 crash.

The reports add that Ferrari had done their usual pre-race inspections for any damage, but will now update their procedures since this was an area that was not checked.

Leclerc had clipped the inside barrier as he entered the chicane, forcing him over onto the sausage kerb, at which point he was merely a passenger as he headed for the scene of the accident.

He was quickly cleared of any deliberate wrongdoing, though the likes of Max Verstappen, Valtteri Bottas and Leclerc’s team-mate Carlos Sainz were all left frustrated, believing they had the pace to snatch pole until the red flags.

But with Leclerc out of the race Verstappen would go from de facto pole to victory, while Sainz ensured that Ferrari left Monaco with a podium in P2.