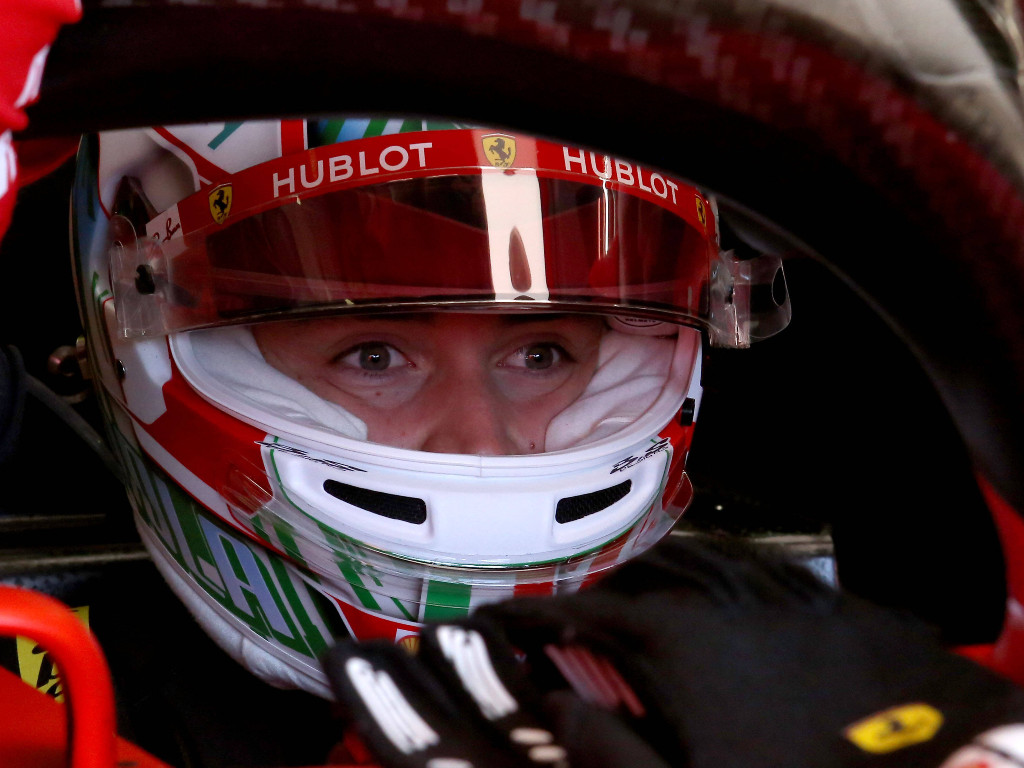 Charles Leclerc said he was disappointed that he couldn’t deliver a strong enough lap to beat Pierre Gasly during qualifying for the Emilia Romagna GP.

It was the usual top three who locked out the respective spots on the grid for the Emilia Romagna Grand Prix – Valtteri Bottas took pole for Mercedes ahead of team-mate Lewis Hamilton, while Red Bull’s Max Verstappen slotted in to his usual P3 spot.

Behind that trio though the battle for P4 on the grid was wide open, and it was AlphaTauri’s Gasly who took the spoils, while Leclerc was forced to settle for P7.

The gap between the pair was just over a tenth though, so with a better lap Leclerc felt he could have claimed that P4 for himself.

“I’m not very satisfied with my lap and the way I drove in Q3 but it’s life, and looking at the gaps between me and Pierre it’s a bit disappointing, but he did an amazing job, an amazing lap but I didn’t today, so hopefully tomorrow we’ll have a better day,” he told reporters at Imola.

“We probably expected something more but P7 is what we could do today. P7 is very, very close [to what I expected] so looking at my lap, I’m not very satisfied with my lap and the way I drove in Q3.”

Still, Leclerc was again the far better performing Ferrari with his team-mate Sebastian Vettel set to start from P14.

And so far down the midfield pack Vettel is expecting a difficult race on Sunday with limited overtaking opportunities.

“It’s going to be difficult,” he admitted.

“We’re at the back and from there it’s difficult to make up positions. Overtaking is not so easy. I hope we have a good car in the race tomorrow and that we look after the tyres. Let’s see.

“It’s a new circuit for all of us in terms of knowing how long the tyres will last, but I think it’s going to be a one-stop, fairly straight forward, so we’ll see.”

Ferrari will be hoping that Leclerc and Vettel can get a solid haul of points at Imola with Gasly leading AlphaTauri’s charge in the Constructors’ Championship.

The Scuderia currently hold the P6 position, but AlphaTauri heading into their third home race of the season are only 16 points behind.