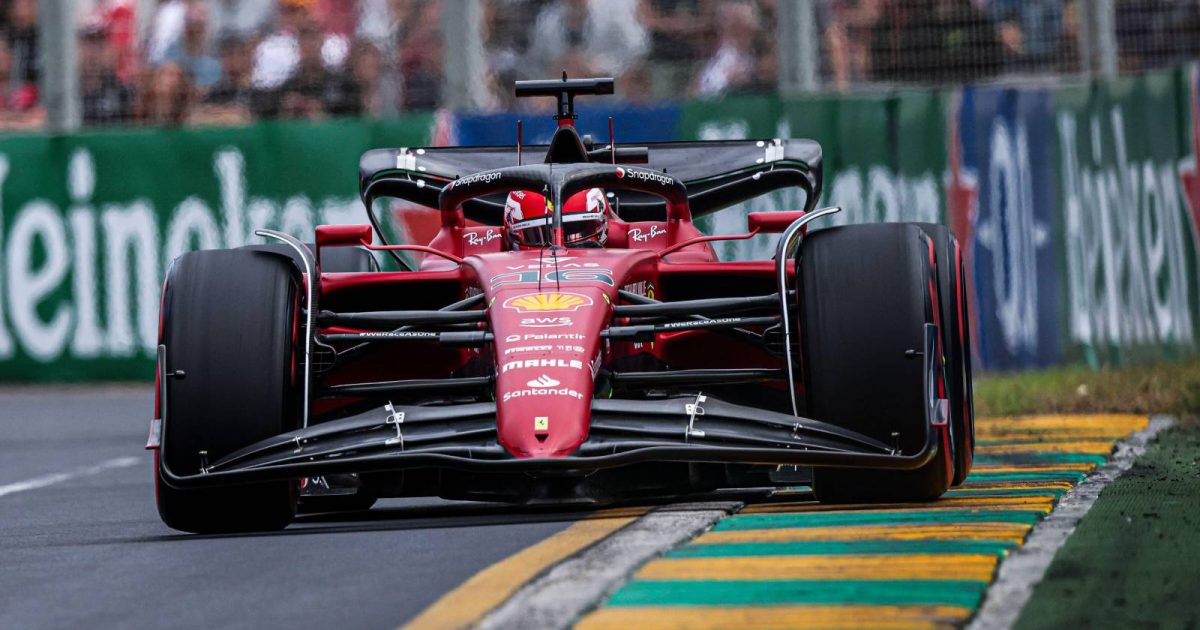 Ferrari have not been the team most readily associated with the bouncing effect in the new Formula 1 cars, at least since the unofficial test in Barcelona – that label instead having been attached to Mercedes.

But it was very evident with the F1-75 during FP2 at Albert Park, although no impact was made on the timesheets because Leclerc emulated what his team-mate Carlos Sainz had done in the earlier session by going fastest.

The Monegasque 24-year-old had almost a quarter of a second in hand of Red Bull’s Max Verstappen, who narrowly denied him a second straight win at the start of this season in Saudi Arabia last time out.

Asked during an interview with F1 TV whether the ‘porpoising’ had been down to having more fuel in the car while long-run sims were being carried out in FP2, Leclerc said: “I don’t think it’s fuel-related, I think it’s more track-dependent.

“In Bahrain we had it a little bit, in Jeddah a little bit less and now it’s a bit more. So it’s not so pleasant, but we are working on that.

“For now it is not too much of a limitation lap time-wise, it’s just for the comfort on the straight it’s not so comfortable. But I’m not here to have a car that is comfortable, I’m here to have a fast car and for now it’s looking good.”

After Friday’s running, it looks as though Melbourne will stage a third consecutive race this year featuring a straight fight between Ferrari and Red Bull for victory.

Verstappen hinted after FP2 he was capable of getting closer to Leclerc – and his rival is also braced for a duel during qualifying.

“I think already today Red Bull had more than what they have shown, just because they didn’t put the lap together,” said Leclerc.

“Max had a bit of traffic, I think, on his fast lap. It will be very close and we will have to maximise our car to be starting on pole on Sunday.”

Speaking to Sky Italia, Leclerc added: “During the first hour of free practice, I struggled and I was not at 100% regarding my driving, while Carlos immediately found a good set-up.

“In the second session I fixed a bit my problems and the lap time was quite good, but I think the top times today are just relative because everyone has margins for improvement.

“From our side, we know there is still a lot to squeeze out from the car with a track that will get better and better with the grip.”