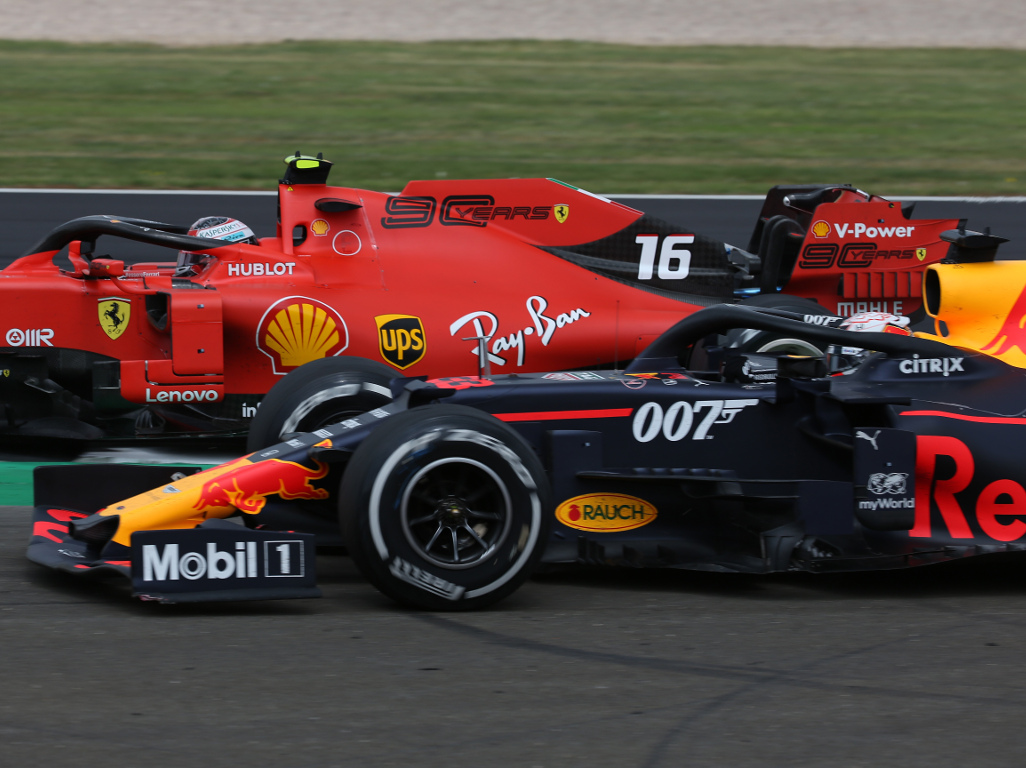 Charles Leclerc wants a “fast” driver to replace Sebastian Vettel if he leaves Ferrari, admits he is “more aggressive” with Max Verstappen and “respects” Lewis Hamilton.

Vettel and Ferrari are set to begin talking about a new contract round about May, three or four races into the new season.

The delay means Vettel has the opportunity to see whether Ferrari has improved out on track while the Scuderia can learn if the German has cut out the errors that blighted his 2019 campaign.

There has been talk about Lewis Hamilton being lined up to replace Vettel, however, that seems to be over with the Brit making it known he’s keen to remain a Mercedes driver.

Asked who he would want as a new team-mate, Leclerc told Gazzetta dello Sport that his only requirement is that his team-mate is “fast”.

“You learn from everybody and I have to say that I learned a lot from Vettel in the first year and I keep learning from him,” Leclerc said. “He has a lot of experience.

“If someone else arrives I will learn from him too.

“The only thing is he has to be fast but only fast drivers ever arrive at Ferrari.

“It’s really important to have someone fast and talented in your team because it pushes you to improve and be faster.”

With Ferrari unlikely to sign Hamilton and Max Verstappen committed to Red Bull it means Leclerc is the Italian team’s future.

Ferrari has already signed him to a long-term deal, holding onto the driver from Monaco until the end of 2024.

“It make me happy,” Leclerc stated, “it means that I did a good job and they are happy of what I did so far.

“But it doesn’t change my life. In F1 you fight against the best drivers and I am ready to fight with everybody.”

Two drivers Leclerc can expect to fight this season will be Hamilton and Verstappen.

Last year he engaged in tussles with both drivers, coming out on top in some battles but losing others.

One of the more interesting battles was with Hamilton at the Italian GP, one Leclerc won by pushing the boundaries as he kept Hamilton behind him.

Asked about that fight, Leclerc said: “He said a dirty word but not in negative way, probably he wasn’t happy but he said it laughing. He knows that that battles are part of the game.”

He added: “I respect him. I believe at the end the respect in sportsmen is the right attitude.”

Asked whether it was a different situation when it came to Verstappen, Leclerc acknowledged their long-running rivalry and admitted he is “more aggressive” when fighting the Red Bull because of it.

“I don’t agree I think we have improved a lot our relationship. 10 years ago in Kart things were different, now we have grown up.

“Our battle are close to the limit but this is what fans want.

“Rivalry is intense because we have grown up together and it is probably a more aggressive battle compared to me and Hamilton. I feel I get more aggressive when I fight with Max.

“But outside the track the respect is the same for Max and Lewis.”