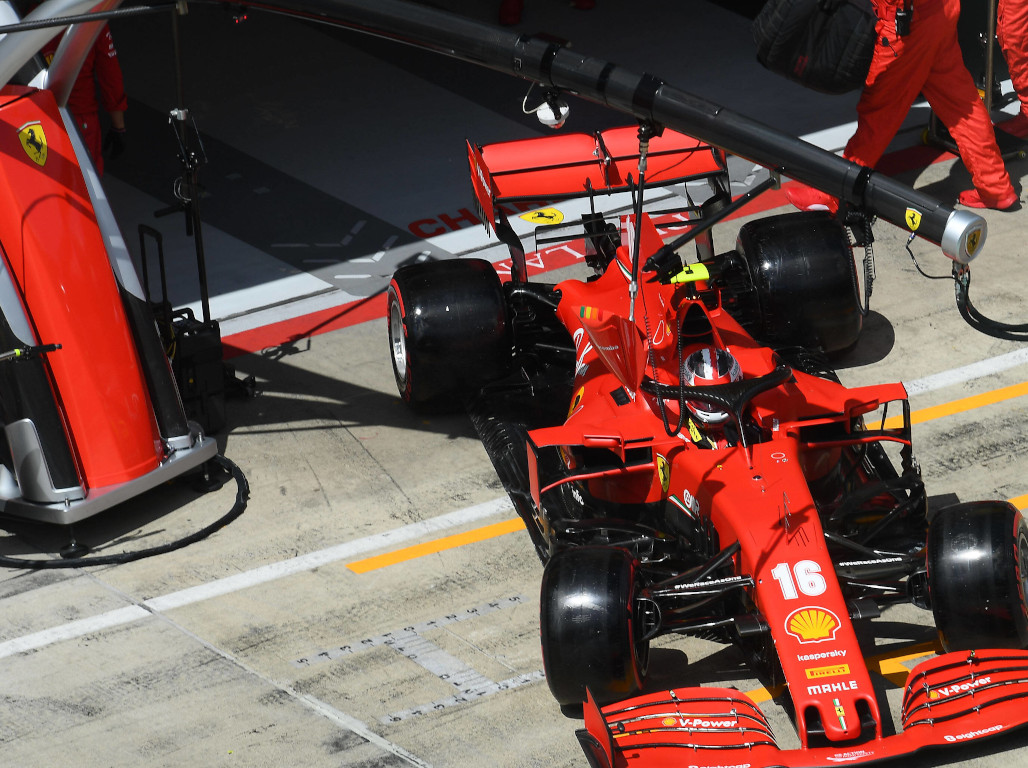 Points aside, Ferrari’s double retirement at the Styrian Grand Prix meant the Scuderia was not able to evaluate its upgraded SF1000 in race conditions.

And that, Charles Leclerc concedes, was something the team desperately needed to do.

Off the pace at the season-opening Austrian Grand Prix, Ferrari rushed through several updates for its car in time for round two.

The Italian stable brought a new rear wing and a new floor for the car, which it hoped would improve its pace.

Ferrari never had the opportunity to find out in race conditions.

Leclerc crashed into Sebastian Vettel on the opening lap, mounting the inside kerb at Turn 3 and taking out his team-mate’s rear wing.

Vettel retired immediately while Leclerc tried to continue before being forced to park his car in the garage, the floor damage too severe for him to safely race.

Leclerc was quickly over to Vettel to apologise for the crash, which he concedes was not something Ferrari needed given its troubles.

Seb with Leclerc after the incident…

“I apologised,” Leclerc told the media after his brief chat with Vettel.

“Obviously, excuses are not enough in times like this, I am just disappointed in myself.

“I have done a very bad job.

“I let the team down.

“Yeah, I can only be sorry, even though I know it is not enough.

“I hope I will learn from this and will come back stronger for the next races.

“But it is a tough time for the team.

“And I put all the efforts of the team in the bin.”

Starting P14 to Vettel’s P10, the Monégasque driver admits he was too optimistic in his move.

Leclerc’s crash means Ferrari failed to score a single point, leaving the Italian stable down in fifth place in the Constructors’ Championship.

Ferrari is sitting on 19 points, already a massive 61 points behind Mercedes in what is set to be a shortened 2020 championship.