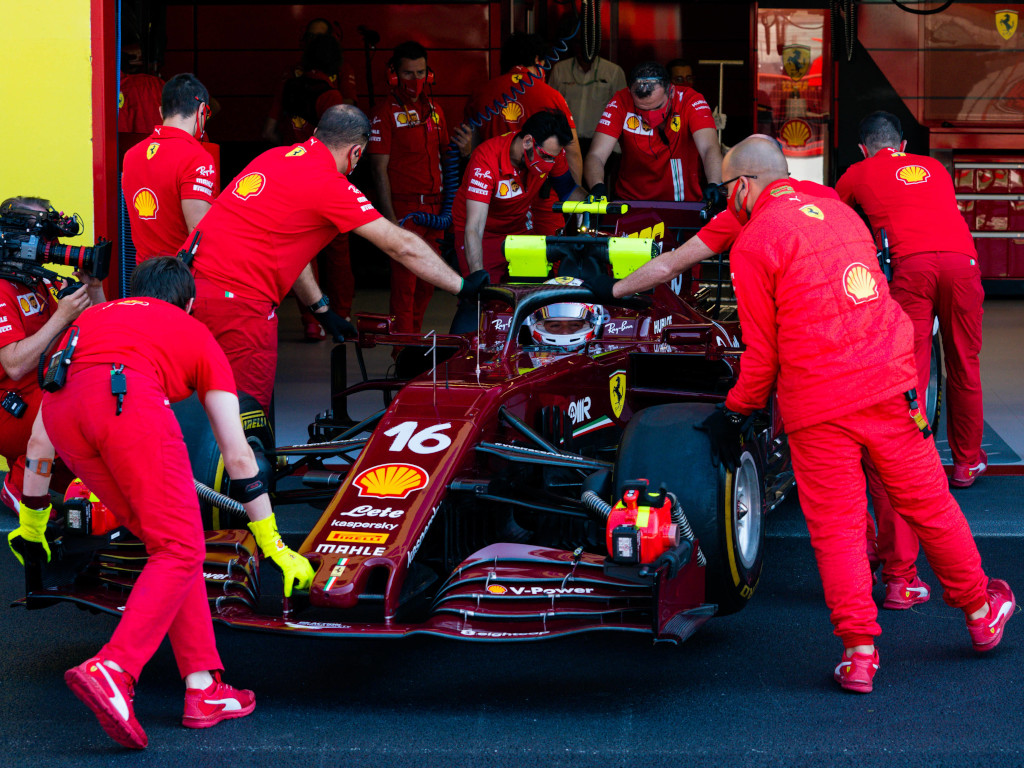 Charles Leclerc says there is always an expectation of Ferrari to be fighting for P1, but that won’t happen soon.

In what has been a dismal 2020 for Ferrari Leclerc has been a rare ray of light, collecting two podium finishes so far thanks to a P2 at the season-opener in Austria and P3 at the British Grand Prix.

With the upgrades they have been introducing Ferrari are now starting to become a consistent threat at the top of the midfield, highlighted by Leclerc’s five-race streak of points finishes, and for 2021 the goal for the team is to start challenging for the podium regularly again.

And something that midfield racing will definitely have helped Leclerc with is patience, something he said he lacked in the past.

“Now I know I can be patient. Before that was my weakness and I wanted everything straightaway,” he told Channel 4.

“Now I know that in Formula 1 you have to have patience and that is what we are showing this year.”

But as for those who expect Ferrari to shoot back up the order and challenge Mercedes, well Leclerc bluntly says that “won’t happen” straightaway.

“We have had a lot of pressure from outside and sure, people expect us to come with a completely new package and go straightaway to P1 but this won’t happen,” he explained.

“We came with small steps all the time and I have understood that. I am trying to push the team to keep working like this.”

Our return to Turkey is marked in the calendar 🗓

We’re looking forward to it 😁

Ferrari team principal Mattia Binotto has also previously said that Ferrari are not in contention for the 2021 Drivers’ Championship.

“We got the project wrong, looking for a path of development that turned out to be wrong. Then COVID arrived, stopping [work on the car], and this penalised us for the whole season,” he explained to Sky Italia.

“We had to comply with the measures that caused nine weeks of work stoppage, plus immediately afterwards it was decided to freeze the 2020 projects. I see this season in a different context than normal but we will be able to react.

“We have very challenging goals for 2021. I see a very united team that wants to do well. It feels the weight of responsibility and the desire to redeem itself.

“Next year we will have a completely new engine that is running well on the test bench.

“We have ideas about the car, but we can’t work miracles with wind-tunnel hours reduced compared to the past. But I’m sure this team is alive and we’ll take it a step further. Now it’s up to us to prove it.

“Realistically Ferrari will not be able to fight for the world title in 2021. Next year we have to go back to fighting regularly for the podium. That’s our goal.”