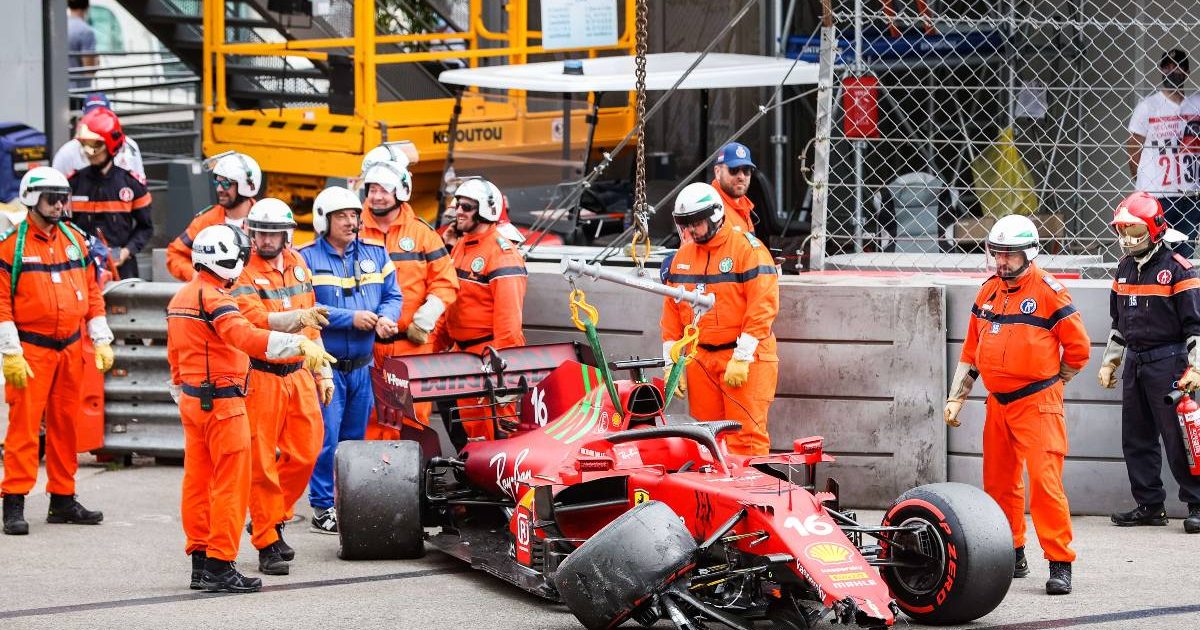 Ferrari have announced they will make a decision on Sunday about whether Charles Leclerc’s gearbox needs replacing for the Monaco Grand Prix.

Leclerc claimed a surprise pole position for his home race after the Scuderia translated the impressive pace they had been showing in free practice to qualifying.

But after setting a fastest time nearly a quarter of a second faster than all of his rivals on the first Q3 runs, the 23-year-old crashed when trying to go even quicker on his final attempt.

Clipping the barrier at the Swimming Pool complex knocked the Ferrari off line and sent it into the wall, sustaining significant damage and bringing out the red flags.

Max Verstappen, Valtteri Bottas and Leclerc’s team-mate Carlos Sainz all had high hopes of snatching pole position, but their chances were ended as the session was terminated with only seconds left on the clock.

The immediate fear, expressed by both Leclerc and his Ferrari team boss Mattia Binotto, was that the car had sustained gearbox damage, which could potentially necessitate a replacement having to be fitted – and that could mean a 10-place grid drop.

That could still happen, according to Ferrari, who issued a statement on Saturday evening explaining what their preliminary checks had revealed.

“An initial inspection of the gearbox in Charles Leclerc’s car has not revealed any serious damage,” said the statement.

“Further checks will be carried out tomorrow to decide if the same gearbox can be used in the race.”

UPDATE: An initial inspection of the gearbox in @Charles_Leclerc’s car has not revealed any serious damage. Further checks will be carried out tomorrow, to decide if the same gearbox can be used in the race.#MonacoGP

Binotto, who saw Leclerc’s team-mate Sainz claim P4 on the grid, had earlier told Sky F1: “We are worried but we are checking it. It’s too early to know.

“Being on pole was not expected but after Thursday we were somewhat happy with the car’s performance.

“The drivers were confident and it’s good to see Carlos being so fast and getting more and more confident with the car.

“He knows he could have done a bit better today and is a bit disappointed, but that is a good sign.