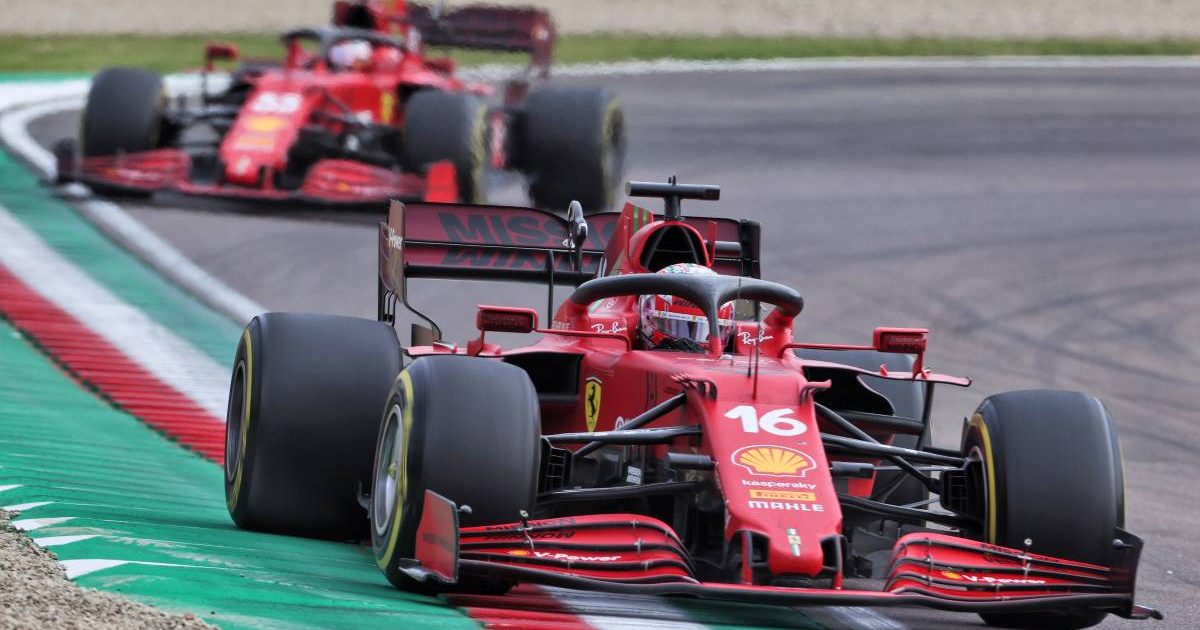 Charles Leclerc was “a little bit frustrated” after Ferrari’s inferior straight-line speed cost him a podium at the Made in Italy and Emilia Romagna Grand Prix.

The Monegasque driver finished fourth at Imola and a strong home race for the Scuderia was endorsed when his team-mate Carlos Sainz came home one place, and just 1.5sec, behind him.

But after the restart following a red-flag stoppage, Leclerc benefited from a spin by Sergio Perez only to be passed by Lando Norris and Lewis Hamilton to miss out on a podium position by 1.8sec.

However, compared to last year’s troubles, the result still represents a return to better form by Ferrari even if they are nowhere near where they want to be – namely challenging Hamilton and the Imola winner, Max Verstappen, for race victories.

“Happy with the race but at the same time a little bit frustrated,” said Leclerc. “The first part of the race we were very competitive and everything looked good. Then with the red flag, all the cars were reshuffled a little bit and it repacked everyone.

“We started to be a bit vulnerable on the straights. I was the first of the pack [behind Verstappen] at first and struggled to defend from Lando and then Lewis a bit later.”

He added on Sky Italy: “We struggle on the straights, that’s where we lost a lot of time today. But I have to say we know that and we are working on that.

“There are many positive things. The pace was really good today, then for sure when we are in the situation where we have to fight, attack or defend, we struggle a lot because we struggle on the straights.

“But apart from that, it’s been a positive race. In the first part of the race in the rain we were quite competitive, and we didn’t expect that since in the last years we struggled a lot in such conditions. And then the pace was quite good.”

In terms of Ferrari’s overall performance – they are a clear fourth in the early Constructors’ World Championship standings – Leclerc is encouraged.

“On that I’m very happy and I think we should be happy as a team with the performance,” added the 23-year-old.

“We are coming a long way back, doing step after step in the right direction and it’s looking good for the future.”