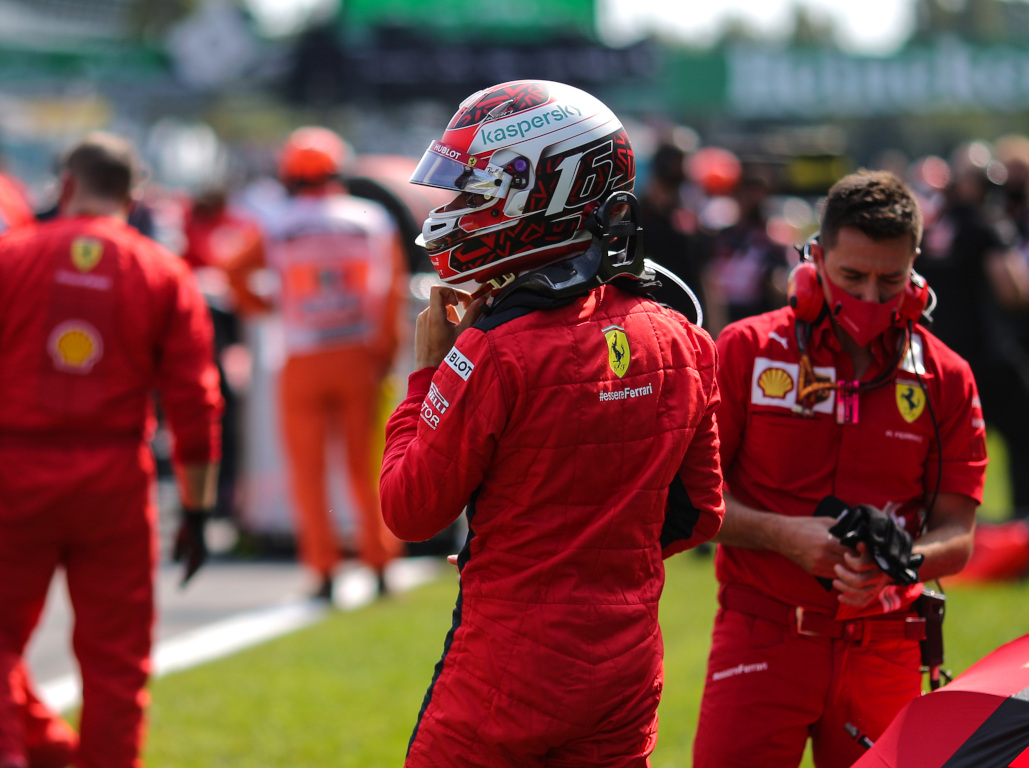 Charles Leclerc says he is feeling no ill effects after suffering a high-speed crash at last Sunday’s Italian Grand Prix.

The Ferrari driver lost the back end of his SF1000 at the Parabolica and went flying through the gravel before spearing into the tyre wall.

He was able climb out of the car unaided before being taken to the track’s medical centre for checks.

Leclerc revealed on the day that he was feeling a “bit sore but okay, impressive how much these cars can take nowadays.”

He underwent further checks on Monday, declaring that he is “fit and ready” to race at this weekend’s Tuscan Grand Prix.

“I am feeling okay,” he told the media in Thursday’s driver press conference at Mugello.

“I did some further medical checks on Monday but everything is okay.

“I had some back pain after the crash, but already from Monday I was perfectly fine.”

Ferrari is running a special livery at this weekend’s Tuscan Grand Prix as the team celebrates its 1000th Formula 1 race.

Leclerc and his team-mate Sebastian Vettel, who is off to Aston Martin next season, haven’t scored a single point in the past two races.

While the team didn’t have the pace at Spa, they recorded a double DNF at Monza, although there too Ferrari didn’t appear to have the speed needed to fight for the points.

Leclerc is hoping for better at Mugello.

“I have a feeling it might be better than the last two weekends for us performance wise,” he said.

“I really hope tomorrow will confirm what I think, but it should be a bit more positive and let’s see how it goes.

“Physically, we’ve done a filming day a few months ago here and to restart at a track like this was pretty difficult for the neck.

“But it should be fine as we’ve had quite a lot of races since then.”