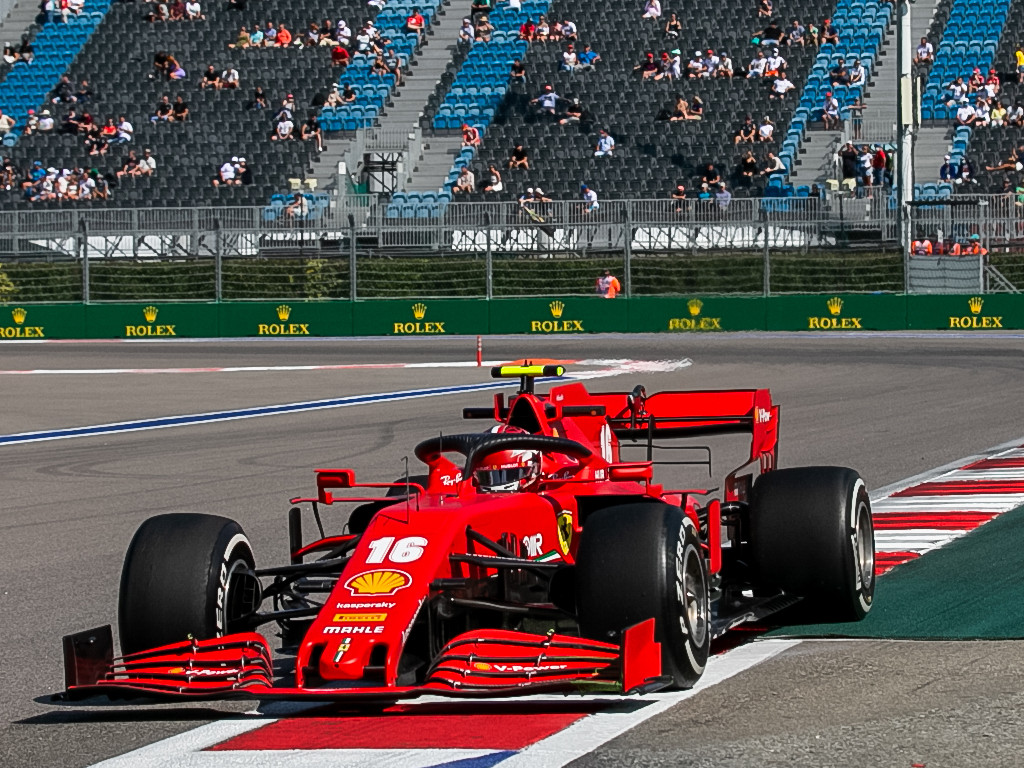 Charles Leclerc exceeded his own expectations in Friday practice at the Russian Grand Prix, but still wants to improve.

This time last year Ferrari threw away what was looking set to be a comfortable one-two finish at the Russian Grand Prix, but 2020 is a completely different story with the Scuderia now battling away in the midfield.

Leclerc was able to finish the Friday afternoon practice session at Sochi in P8, improving three places from his showing in FP1 a few hours prior.

And while the Monegasque driver performed better than he had expected to, he is still chasing more performance and better driveability from the SF1000.

“We struggled quite a bit today, but our lap times were better than we expected,” he told the Ferrari website.

“The main thing we have to focus on is the balance, because I think there’s room to improve both in terms of performance and driveability.

“At this track, it is a completely different situation from qualifying to the race and this makes it very difficult to find the right setup. We have plenty of work to do for tomorrow.”

Chase Carey will move to the role of non-executive Chairman#F1 pic.twitter.com/DgRJrLG05t

Off the track Ferrari received further good news when their former team principal Stefano Domenicali was named the new president and CEO of Formula 1, a role which he will take up from January 1 2021 with current CEO of the Formula One Group Chase Carey then set to take up a non-executive role.

Current Ferrari team principal Mattia Binotto was keen to praise the choice of Domenicali as Carey’s successor, but also stressed just how well Carey has performed in his role at the head of Formula 1.

“This is an important day for our sport, with the announcement from Liberty Media that Stefano Domenicali will take on the role of President and CEO of Formula 1,” he said.

“On behalf of Ferrari, I would first like to thank Chase Carey. There have been many positive changes made to the sport under his leadership, in particular the promoter’s relationship with the teams.

“Very important decisions have been taken concerning the future of Formula 1, such as the new Concorde Agreement and the creation of an operational structure that will help the sport grow in terms of its audience and its appeal to the youngers generations. And let’s not forget that Formula 1 has managed to put on a World Championship this year under very difficult circumstances.

“We very much appreciate the fact that continuity is assured as Chase stays on as the non-executive Chairman of Formula 1.

“We are very pleased that Chase’s role will be entrusted to Stefano as from 1st January. His talents as a manager and especially his knowledge of the sport, combined with his experience and personal qualities, make him the ideal choice to carry on Chase’s reforms.

“Personally, it will be a pleasure for me to work with a good friend, as we came through the ranks at Ferrari together. I look forward to working along with all the other stakeholders in this sport and with him to make Formula 1 even stronger and more spectacular.”