Home News Leclerc left ‘hurt’ after ‘too many mistakes’ 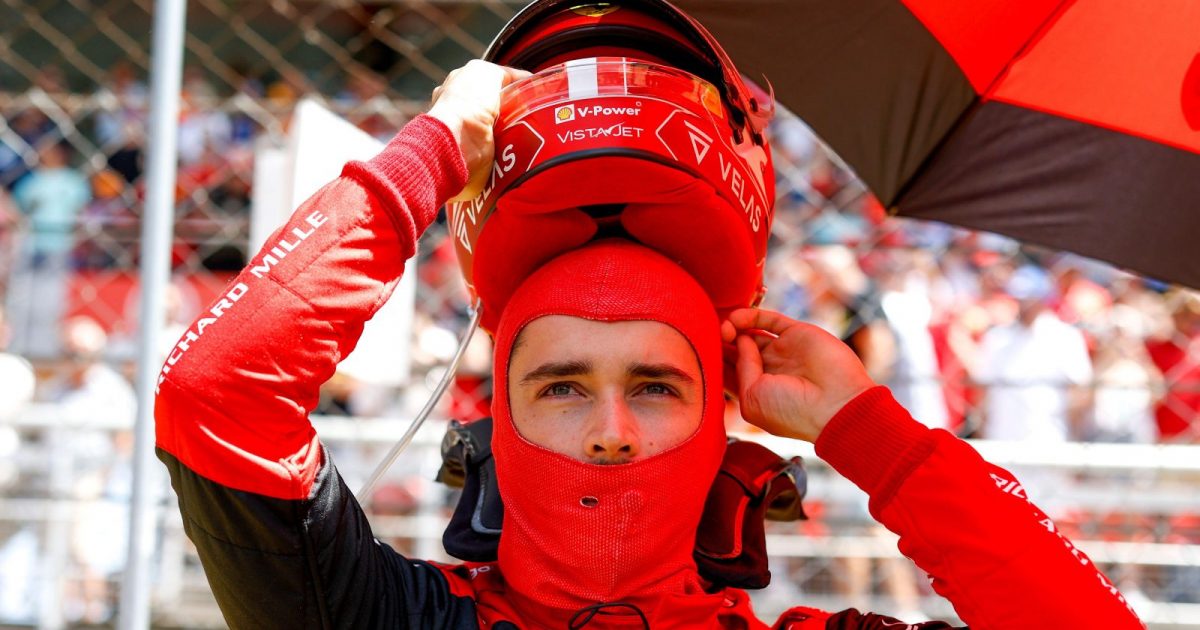 Charles Leclerc admitted he felt “hurt” by his botched race strategy in Monaco that cost him the chance of a home victory.

The Ferrari driver made his feelings known in no uncertain terms when brought in for dry tyres by Ferrari, with his race engineer telling him to come in and then the team quickly changing their mind, but by then it was too late.

His stop meant he had to wait for team-mate Carlos Sainz to leave the team’s pit box, and the time loss cost him not only the lead of the race but also put him out of the podium places.

While the top four all ran extremely close together in the final stages of a gripping race, the difficulty to overtake around Monaco left Leclerc stuck behind all three ahead of him, with Sergio Perez going on to win for the first time this season.

Leclerc was left nine points behind Max Verstappen at the top of the Drivers’ Championship on a day when it would have been possible to regain the lead at the top of the standings – and needless to say he was not happy with how Ferrari had handled things.

“Let down is not the word. Sometimes mistakes can happen, but there have been too many mistakes today overall,” Leclerc told Sky F1 after the race.

“Obviously in those conditions you rely a little bit on what the team can see because you don’t see what the others are doing with intermediates, with dry tyres.

“I’ve been asked questions whether I wanted to go from extreme wets to slicks and I said yes, but not now. It will be a bit later in the race.

“But I don’t understand what made us change our mind and go on the intermediates. We got undercut and I stopped behind Carlos.

“There have been a lot of mistakes and we cannot afford to do that. It’s hard, as it’s been the other years here [too], so I’m getting used to getting back home disappointed.

“We cannot do that – especially in the moment we are in now. We are extremely strong, our pace is strong. We need to take those…we cannot lose so many points like this.

“It’s not even from first to second, it’s from first and fourth, because after the first mistakes we’ve done another one.

“I love my team and I’m sure that will come back stronger, [but] it hurts a lot.”

Leclerc added he was unsure whether or not Ferrari had panicked about making the call to bring him in at that moment when questioned about it, but several factors combined to make his race a “mess” for the second half of proceedings.

“I think the first one was a very clear decision and a very wrong one. And from that moment onwards the mess started,” he said.

“I don’t know if it’s panic? I don’t know. I mean, I obviously don’t hear all the background and radio there is in the team.

“But this is not up to me to judge. Obviously, the message I had wasn’t clear. The last one wasn’t clear because I was told to come in but then stay out, but I was already in the pit lane.

“That’s where I basically let it all out on the radio and screamed because I just couldn’t do anything and I knew I was done.”