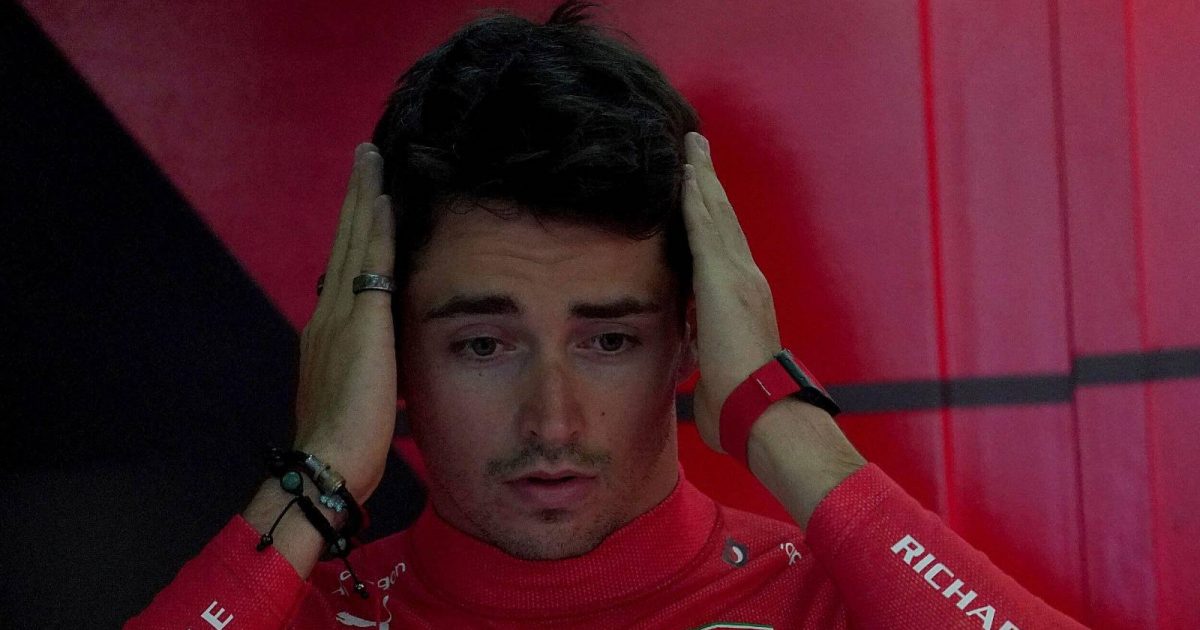 Charles Leclerc blamed his own tactical approach for missing out on the sprint pole position at the Emilia Romagna Grand Prix.

The Ferrari driver will start the season’s first sprint in second on the grid alongside the man who looks like being his biggest rival for this year’s World Championship, Max Verstappen.

A rain-affected qualifying session at Imola was disrupted by five red-flag stoppages, making it difficult for drivers to build up any continuity – and ultimately that is how Leclerc missed out on a third pole in four races this year.

Well, that’s P2 for tomorrow’s sprint race ! A bit disappointed but it is the way it is. Still a long weekend ahead 💪
Grazie mille a tutti i tifosi per il sostegno e per essere venuti in pista anche se il tempo non era top 🤿❤️ pic.twitter.com/FTyiaQlJ7Q

“I’m not happy,” Leclerc told reporters afterwards. “Obviously I think we had the pace, we were very strong all session. It was a very tricky session overall and then in Q3 it was all about putting everything together.

“This is why it is frustrating for me because when it [counted] in Q3, I made the wrong choice but it’s life. We will learn from it, and at the end P2 is not a disaster. Everything to play for tomorrow and after.”

Leclerc explained his misstep had been in trying to preserve his tyres for a chance he was ultimately denied, just before the second of three Q3 red flags caused by Valtteri Bottas having to stop in sector three.

“I did one lap, which was strong, and then I decided to abort the second one just to prepare the tyres for the last two, because warm-up is quite a [important] thing and I wanted to have the last two laps at the end of the session. But that never happened, because there was a red flag,” explained the man who is leading the World Championship by 34 points.

“It’s like this, but Max did an incredible job and fair play to him.”

Leclerc added on Sky Italia: “It’s my fault but for things I could not control. If we feel sorry for ending P2 in such difficult conditions, it means it’s not bad.”

Based on the season so far, and with conditions for the sprint forecast to be dry and sunny, Leclerc can still be optimistic of taking the full eight points available in the sprint race.

Asked by Sky F1 if the plan is to out-drag Verstappen down to Turn 1, he said: “It is definitely a possibility, so we will try to get that.

“It would probably make our life easier for after, but if it’s not the case I’m pretty sure there would be other opportunities.”