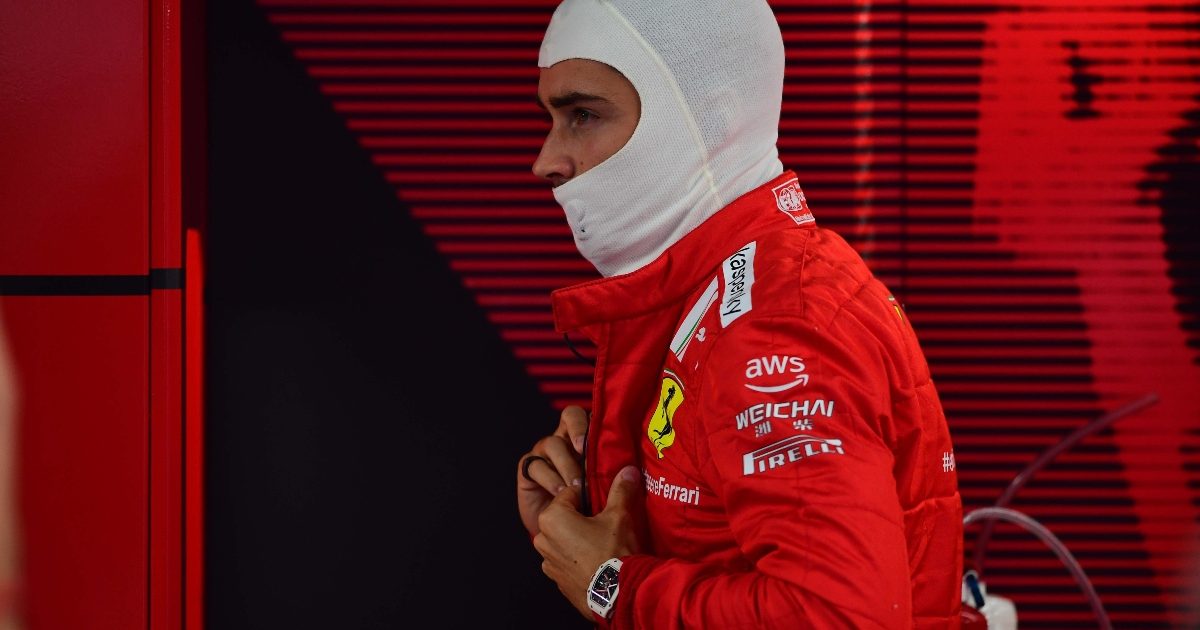 Charles Leclerc admits that qualifying in Monza wasn’t enjoyable as he had some engine issues, but won’t explain what exactly they were.

With the Tifosi back in the grandstands, Ferrari headed into qualifying hoping to give their fans something to cheer and avoid a similar disaster to last year, where both cars failed to make Q3.

Things didn’t get off to a good start though, with Leclerc complaining during Q1 that his car didn’t feel right, believing there was a problem with the engine.

The issue remained for the rest of qualifying, and he said afterwards that driving with it wasn’t a pleasant experience, although he doesn’t want to give too much away.

“I won’t go into the details about what I felt but there were some problems. We’ll watch to try to make things right for today.”

Ultimately though, the Monegasque did manage to make it to Q3, qualifying in P8 just behind team-mate Carlos Sainz, and he’s pleased with that result.

“In the end P7, P8 on a track that on paper was very difficult for us, with the problems we had, it’s not too bad. So we push and we hope for a good sprint race tomorrow,” he added.

We will line up with Lando in P4 and Daniel in P5 for tomorrow’s F1 Sprint Race.

One downside for the team was that their rivals for P3 in the Constructors’ Championship, McLaren, enjoyed an excellent day, qualifying in P4 and P5 for the sprint race.

Leclerc admits that the British team have the upper hand, but still feels he could have challenged them if he didn’t have any issues.

“Honestly, once again, the problem we had is something that in my opinion cost us that goal,” he said.

“For sure I’d like to be in the third row but today it went like this and we’ll try to solve it for tomorrow. We don’t have to take too many risks either when we have a bit more difficult weekend.

“We see Mclaren are very strong this weekend so we have to bring some points home and that’s what we will do.”

Sainz meanwhile isn’t optimistic that much progress can be made up the order, and thinks good starts will be key if they want to gain places.

“We know exactly that our position is this one, because Gasly is ahead by two tenths, Perez should be ahead. So we know more or less between P7 and P8 is where we are with the pace,” he said.

“So what can help us could be two starts and then keeping the position after two good starts. So it’s what we’ll try tomorrow, a good start and a good sprint qualifying and then another good start that maybe gives us a couple of positions at the end of the weekend.

“But in terms of pace we won’t have much more than this.”