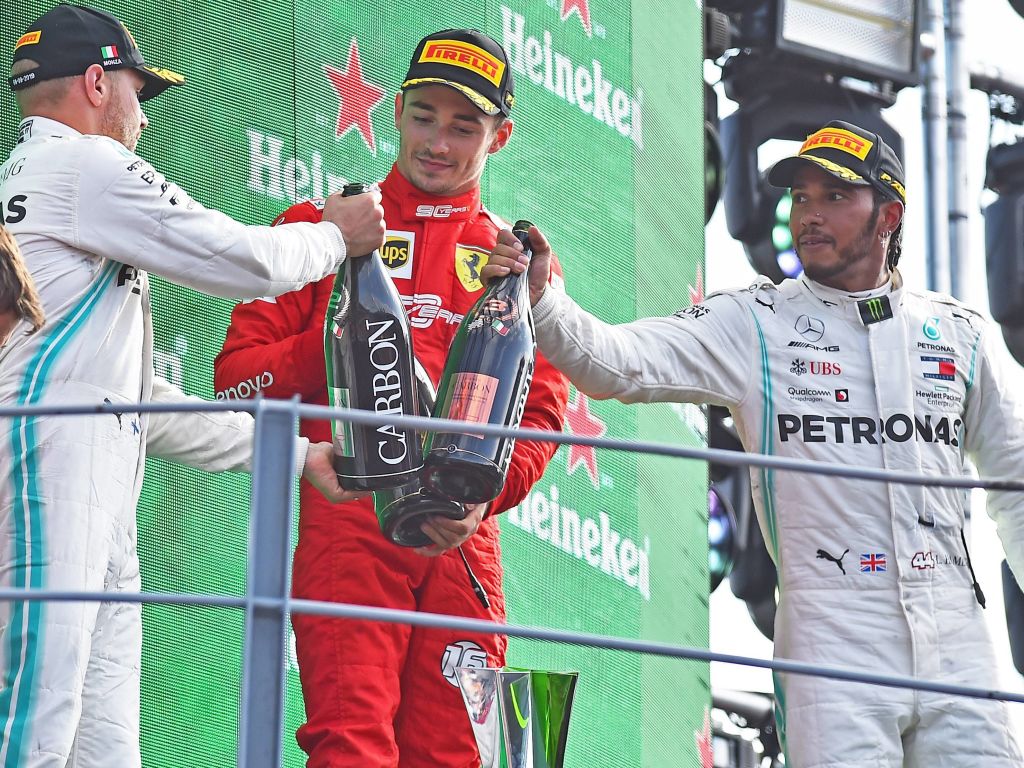 Charles Leclerc says his victory for Ferrari in 2019 in front of their home fans at Monza was the “best day” of his life.

The Monegasque driver saw off a fierce challenge from Mercedes’ Lewis Hamilton and Valtteri Bottas to take the chequered flag, claiming the win for Ferrari on home soil.

It was his second win as a Formula 1 driver, but it’s understandable why he looks back at it as the “best day” of his life.

Speaking as part of F1’s latest Instagram Live video, he said: “It was the best day of my life, without a doubt.

“It was very, very special – so many people cheering for one team, the team I’m in – and such a special team, which is Ferrari.

“The whole week was building up to that moment, and to finally win this race was crazy. [When I was] on the podium there were hundreds of thousands of people and 99% were wearing red… and they started singing the national anthem. It was a very special moment.”

That was the Scuderia’s first win in their home country since 2010, but Leclerc says the pressure was there long before the lights went out on race day.

“It’s the first time in my career that I had so much pressure,” he said.

“The weekend starts on the Monday, the race weekend, with a lot of activities. On the Tuesday or Wednesday we were in Milan, [there were] so many people.

“You could really feel that the whole country, the whole of Italy is with you and behind Ferrari in general, and you can feel they absolutely want you to win.

“Then the race, on Sunday, was crazy.

“I had Valtteri [Bottas] less than one second behind me for the whole race and then Lewis [Hamilton] arrived towards the end and started to push me too.

“But when I finally won it was a relief, it was a really special feeling.”

The Monegasque driver was then asked if he has watched the race back at any point.

“Twice. In English and Italian,” he confirmed.

“I know what happened in the end, so I guess that helps [with the suspense].

“But of course it still gives me chills every time I see the end of the race, and it’s always very special to watch it back.”