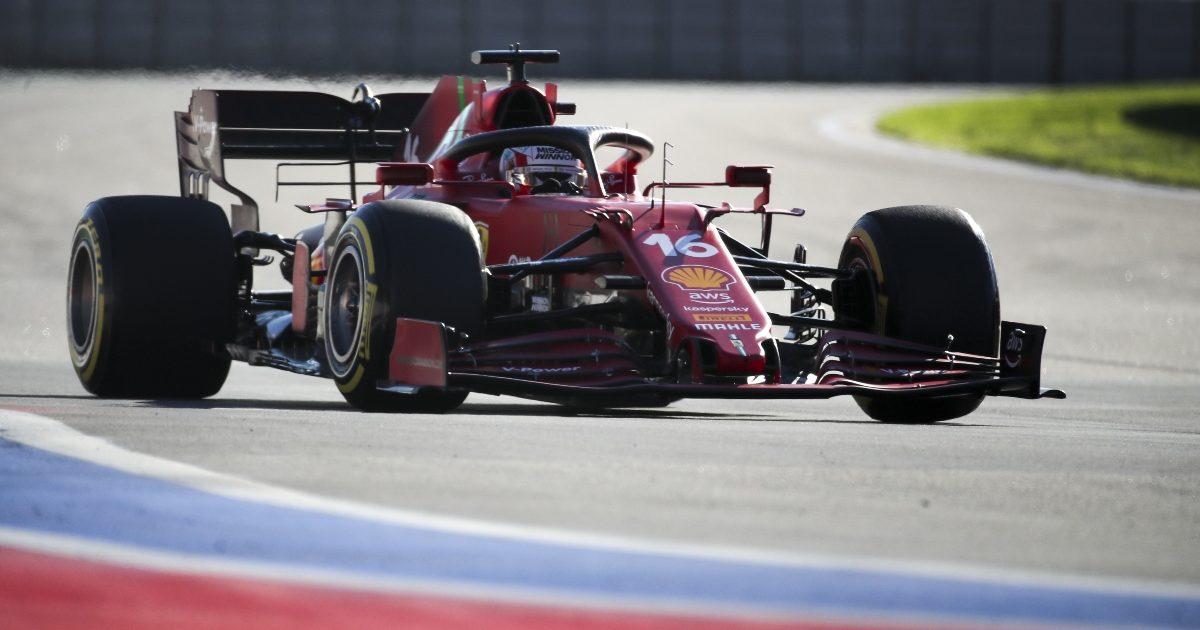 Charles Leclerc feels his new engine is a step up from the previous one – and says Ferrari’s data confirms it.

Ferrari made the decision ahead of the Russian Grand Prix to change Leclerc’s engine, giving him the upgraded unit they have been working on.

He first used it during the two Friday practice sessions in which he finished in P4 and P10, and was pleased with how things went.

Indeed, he says he can already feel the difference the new engine has made.

“It’s a big change for everyone,” he told reporters afterwards.

“For the mechanics, for us, it’s a new part so it’s good to see everything was working as expected.

“We’ve been focusing mostly on the race because for qualifying…we’ll be starting last anyway, so we’ve done a good job today by taking as much information as we could and we are happy with our Friday.

“I feel it is a little bit better,” Leclerc added when asked if it felt better than the previous power unit.

“Which is great, and obviously the data confirms it, so yeah, it’s great to feel it and to see it.”

Due to the change, Leclerc will start the race from the back of the grid and despite his car’s improved power, he expects it to be a struggle to fight his way through the field.

“So let’s see. You never know, I will try to be at my best but I expect maybe a difficult race on Sunday.”

He will be joined at the back by the Red Bull of Max Verstappen, who has an engine change-induced grid penalty of his own.

The Ferrari driver says he will try to use that to his advantage and follow the Dutchman up the order, but thinks it will be difficult to keep up with him.

“Yeah, hopefully,” he said about he and Verstappen potentially working together.

“But it might be a bit easier for him, he’s quite a bit quicker than us. But I’ll try to use him to just stay behind him and overtake the cars with him.”