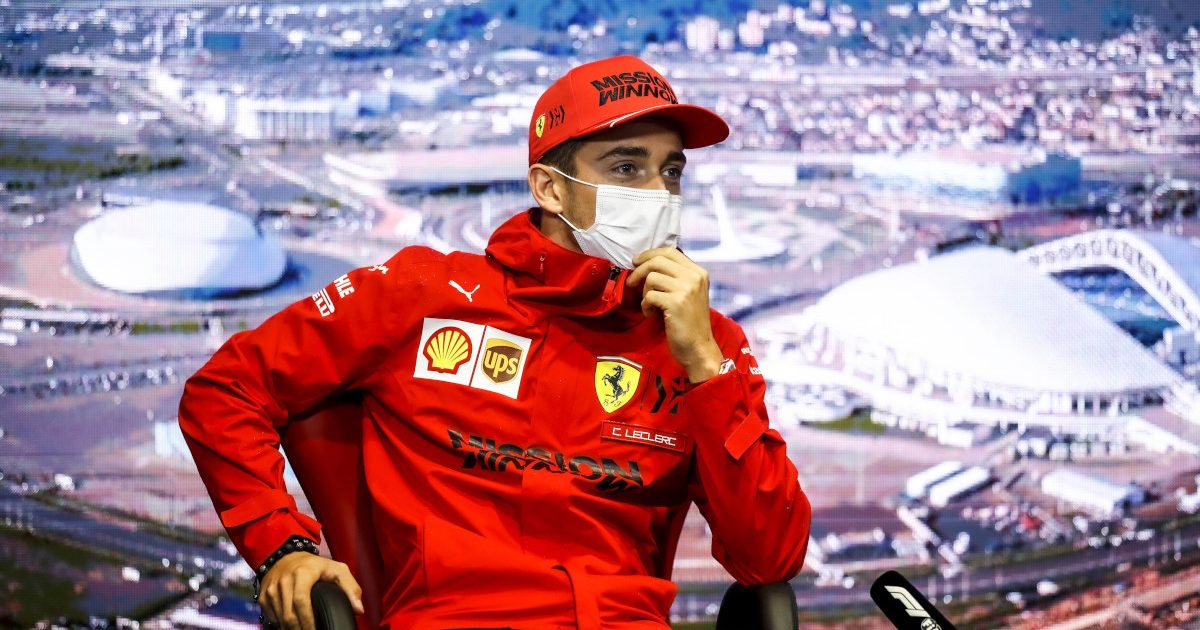 Charles Leclerc isn’t suddenly expecting to be challenging for pole in Russia, saying his new Ferrari engine is only a “little bit better” than its predecessor.

After weeks of delays, Ferrari announced earlier this week that their new hybrid system is ready to be raced and that Leclerc would be doing so at the Russian Grand Prix.

As the new PU is the Monégasque driver’s fourth of the season, it means a back-of-the-grid start for the driver but it also means more power.

According to reports in the Italian media the engine has a power boost of between 10-15bhp.

Leclerc has downplayed that.

“Obviously whenever we have something that is a little bit better, we try to bring it on-track,” he told the media at the Sochi circuit on Thursday.

“We expect it to be a little bit better.

“We don’t expect any big, big changes, but something that goes in the right direction.”

A new engine and some rain expected. Looks like it's going to be an interesting weekend 😄 pic.twitter.com/nyeyVjUA7P

He added: “We still feel like it’s going to be a step forward, but how much, we’ll have to see.

“But I think in a season like this, whatever we can have, we try to take because with McLaren, the margins are very, very small.

“Whatever we can bring to the car to try and beat them in that fight for the championship, we will try.”

Starting from the back of the grid is never ideal but the Sochi Autodrom is a track where overtaking is possible.

Leclerc is also hoping the heavy rain that is forecast for Saturday and Sunday will play into his hands.

“I think on a weekend like this, it’s actually not too bad to change the power unit,” Leclerc said.

“It wasn’t calculated. If it’s like this [raining], it’s a little bit of luck, but it goes in our direction.”

He added: “I think we all agreed to change it as soon as it was possible. I’m not the one to say it. But I completely agreed with it.

“It’s something quite obvious, in those situations. Obviously, if it was Monaco, maybe you don’t change it in Monaco, but being here in Sochi, it made sense.”