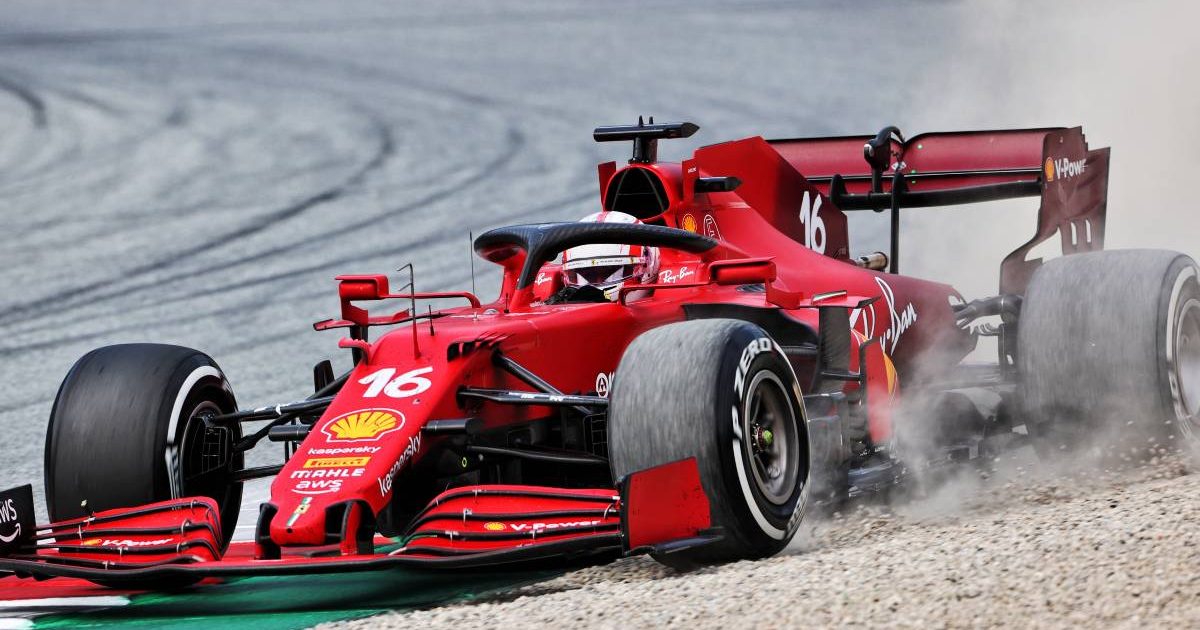 Charles Leclerc knew he was taking big chances with his attacking moves at the Austrian Grand Prix, but he had no other option.

Starting on the hard tyre, Leclerc and Ferrari team-mate Carlos Sainz faced the challenge of working their way through the midfield pack, and they did so with reasonable success.

There was a early pass for Leclerc on Sergio Perez who had dropped down the order when his scrap with Lando Norris took a turn for the worse, but from there Leclerc’s race did not really move up through the gears.

Perez would complete the undercut on Leclerc, with the Monegasque driver showing frustration as he got stuck behind the McLaren of Daniel Ricciardo.

And later in the race Leclerc would run into some trouble of his own with Perez, twice forced off into the gravel as he tried moves around the outside, for which Perez got a pair of five-second time penalties.

As well as those incidents, there were also a few near misses with Ricciardo as Leclerc went very late on the brakes, but he said that without these risks, it would have been impossible to make progress in the race.

“We were strong all the race with the race pace, but obviously we didn’t have the tyre advantage on the reverse strategy, so it was very difficult to overtake,” Leclerc told Sky F1.

“Every opportunity I could see I was going for it, it didn’t work out today.

“I was pretty angry in the car because obviously it felt like I had no pace. I know the overtakes were quite optimistic, but on the other hand I had to if I wanted to make it work.

“There was no space on the outside at the exit of the corner, but it’s life.”

Perez has since apologised to Leclerc for their dramas, saying that his actions were not typical of his character as a Formula 1 driver, while Leclerc accepted the apology and will now look to move on.