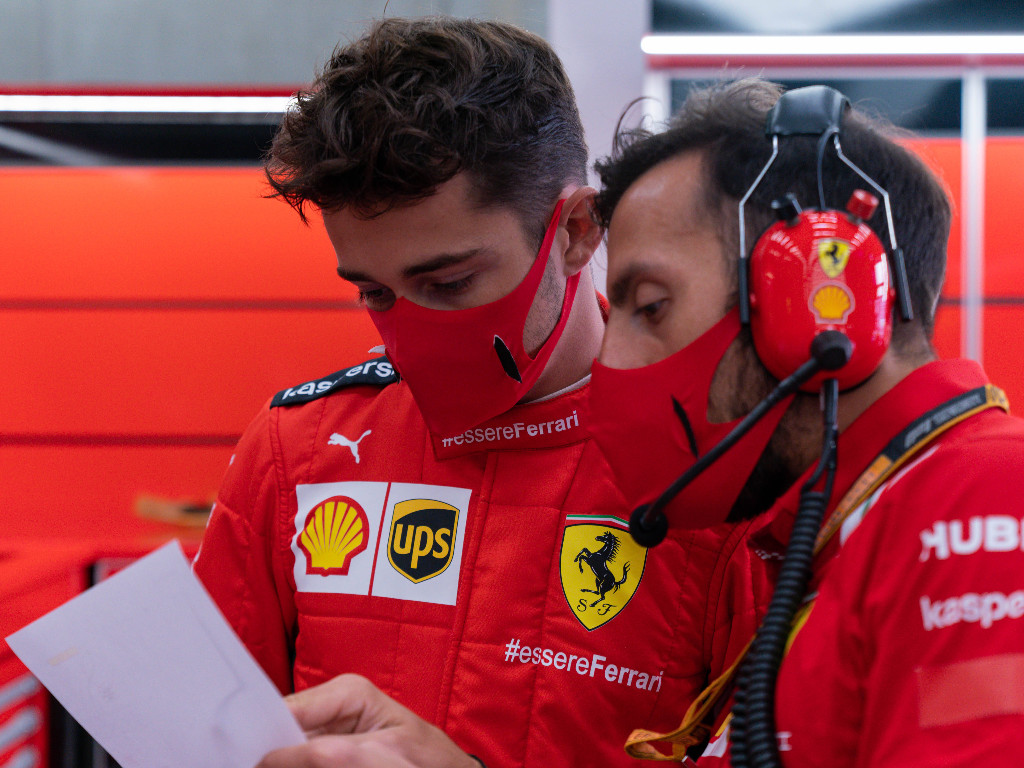 Charles Leclerc said Ferrari’s low-fuel pace is looking better than expected at the Italian GP, but there high-fuel pace is concerning.

The Monegasque driver cut a dejected figure after the Belgian Grand Prix. In 2019 he won at Spa, the first victory of his Formula 1 career, but one year later he dropped down the pack after a lightning start to finish outside the points in P14.

Ferrari also did their driver no favours in his pit stops, and at one point he was told “radio off” as he went on a sweary rant.

Leclerc like his team-mate Sebastian Vettel, also had a major moment at Lesmo 1 during Friday practice ahead of the Italian Grand Prix, telling his crew over team radio that “the car is so hard to drive”.

And going into qualifying Leclerc is actually quite optimistic about Ferrari’s pace, but it seems Sunday is a concern with their high-fuel runs slower than what they had predicted.

“It was very difficult to drive on the high fuel,” he told reporters at Monza.

“We seem to struggle quite a lot with the balance and the overall degradation of the tyres during the high fuel run. So there’s definitely a lot of work [to do] on that but quite positive to see our qualifying pace.

“Hopefully [we can get] into Q3, but I think it will be very close.

“For now, realistically, we don’t have yet the performance to get into Q3, but we are close to it… I don’t think we’ll be expecting much more than what we’ve shown today on the low fuel, but high fuel, I hope we can fix it, because it was definitely not a good day for race pace today.”

#Seb5 spun in Lesmo 1, no damages to the car. He’s back in the garage. 13 minutes left into #FP2. #ItalianGP🇮🇹 pic.twitter.com/BPPQElMrCH

Vettel has backed his team-mate up, describing the SF1000 as a “handful”, whilst the four-time World Champion said that the “balloon” tyres weren’t helping Ferrari in terms of tyre degradation.

Pirelli have been forced to increase the minimum tyre pressures in order for them to cope with the current downforce levels of the cars.