Home News Leclerc ‘surprised’ to be so close to pole 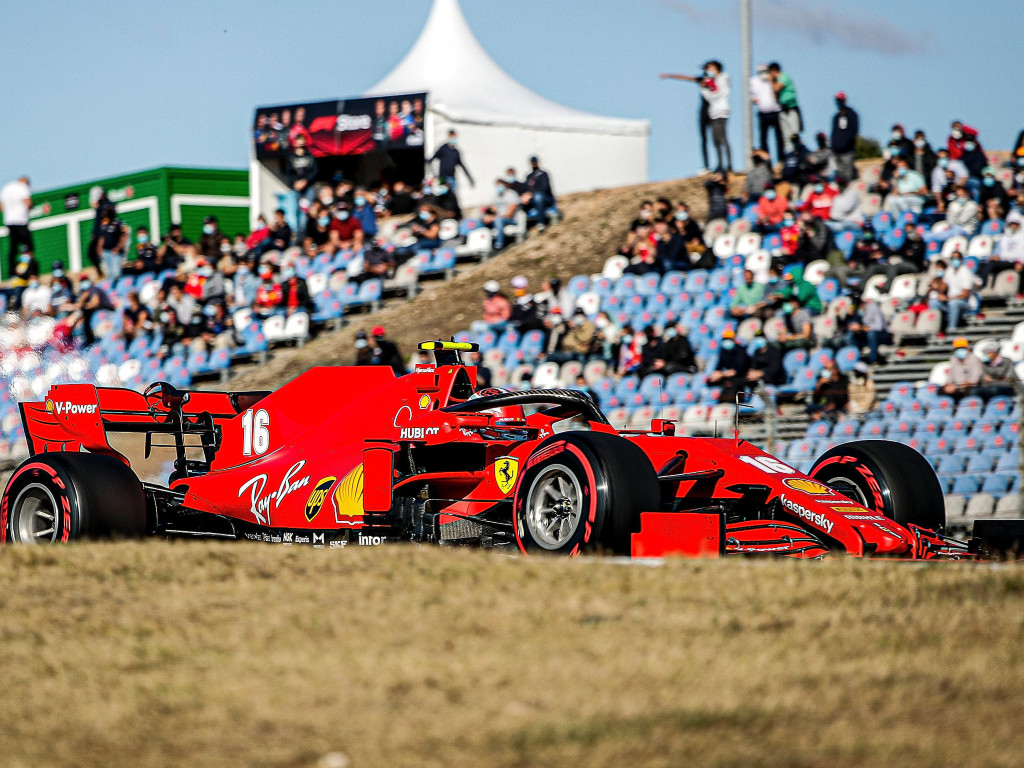 Ferrari’s Charles Leclerc admitted that he didn’t expect to get within half a second of pole for the Portuguese Grand Prix.

The Eifel Grand Prix which came before Portugal marked a big step forward for Ferrari as Leclerc put his SF1000 P4 on the grid for the race, but not only did the Monegasque driver repeat that for the Portuguese Grand Prix, he also narrowed his deficit to the pole sitter to 0.438s.

It’s the closest Leclerc has been to pole this season, and while Ferrari have noticeably improved, he wasn’t expecting such a strong showing in Portimao.

“We definitely did not expect it,” he told Sky F1.

“I think we expected a better result than usual, talking of the fourth place at the Nurburgring, but to be so close to the pole position is surprising.”

Asked if he felt he could have found any more performance to better that P4 time, Leclerc replied: “I’m very happy with the lap.

“Especially considering the conditions in the last two runs in Q3, the wind picked up and in the last sector it was very very tricky.

“But I managed to do quite a good last sector anyway and I was very happy with the lap.

“There is always more to give, but happy.”

Something which could work against Leclerc at the start though from P4 is the track itself. A new shiny surface has been giving the drivers all sorts of issues with grip over the Portuguese Grand Prix weekend, and that makes starting on the dirty side of the track even more challenging.

Leclerc also pointed out that he is starting on the less grippy medium tyres too.

“We are starting also with the medium which is maybe a bit tricky, but we will see tomorrow,” he said.

“For now we can’t know, but I believe the medium is a good choice to start with. The only tricky part will be the start, but this we can’t know until we do it.”

Despite the impressive qualifying showing at the Nurburgring, race pace remains an issue for Ferrari with Leclerc slipping to P7 at the chequered flag there.

However, Leclerc doesn’t expect a repeat at the Algarve International Circuit.

“We struggled a lot with graining there, conditions were quite a bit different, a lot colder, but I don’t think we expect those kind of problems tomorrow,” he confirmed.

“Maybe we are wrong, but I think it should be much better tomorrow.”