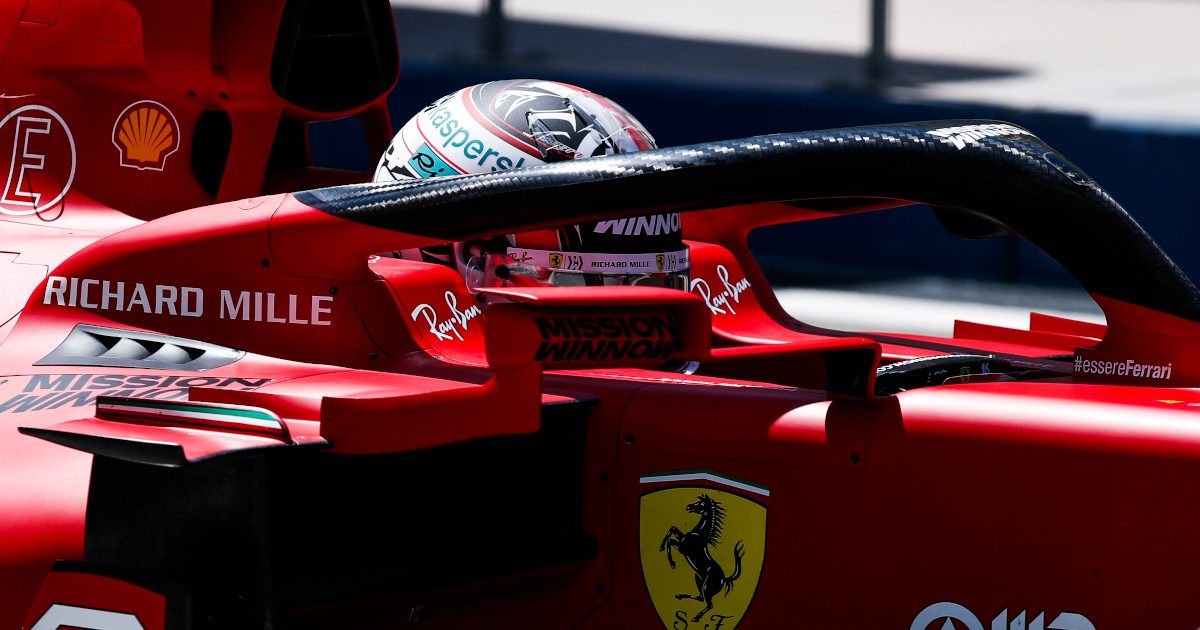 It is a case of so far, so good for Ferrari with Charles Leclerc happy with his SF21 and its new power unit, saying it “feels positive”.

Ferrari wrapped up pre-season testing with the third fastest time, Carlos Sainz clocking a 1:29.611 to sit seven tenths of a second behind Max Verstappen.

Leclerc, who posted his best time on the medium tyres, was eight tenths further back.

Despite a few niggles, the new Scuderia pairing covered 404 laps, the third busiest of all the teams.

Between improved pace and solid reliability, Leclerc says he is cautiously happy with Ferrari’s progress.

He does, however, admit the teams will not know for sure until qualifying for the Bahrain Grand Prix when everyone will, without fail, be running the same light fuel loads.

“[Whether it’s] big gains I think we will only know in the first qualifying when we put everything together,” he told The Race.

“The first data shows what we have measured on track is similar to the gains we thought we did at the factory, which is always really positive.

“For now, the balance felt quite good and [I’m happy] with the car.

“Last year I was struggling quite a lot when there were warm temperatures and this year it feels a bit better for now, especially from the rear of the car.

“Let’s wait and see, but for now it feels positive at least.”

someone learned from the last time to hide his notes 😜 @Charles_Leclerc #F1 pic.twitter.com/7n6JzETZeK

Team boss Mattia Binotto was also encouraged by what he saw on track.

Declaring Ferrari’s straight-line speed “does not seem to be such a disadvantage anymore”, he added: “We know it’s not only power, it’s the drag of the car as well.

“Both of them contributed in improving our speed on the straights and we feel it’s not anymore a disadvantage.”

The Bahrain Grand Prix takes place on March 28, the first race on the 23-race 2021 schedule.