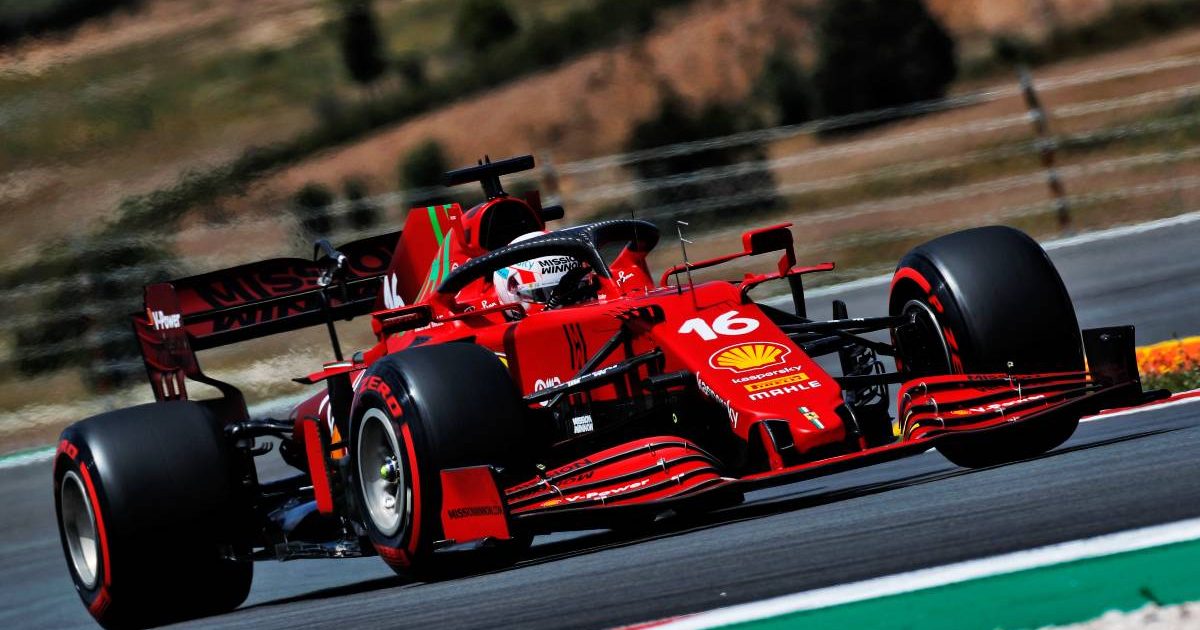 Charles Leclerc admitted he had been “really inconsistent” as he found himself outpaced by Ferrari new boy Carlos Sainz in Portuguese Grand Prix qualifying.

Of the drivers that arrived at a different team for this season, Sainz has made arguably the strongest start – and that impression was solidified further on Saturday in Portimao.

The Spaniard was impressive throughout free practice and all three rounds of qualifying, never out of the top seven as he bagged fifth position on the grid.

There had not been that much to choose between the duo over the first two days but when it mattered most so far, in Q3, Leclerc, who is in his third year with the Scuderia, could only clock a lap good enough for eighth, over a quarter of a second behind his colleague.

“Yes, I struggled, I’ve been really inconsistent,” Leclerc told Sky Italia. “Usually when I arrive at qualifying I’m confident enough to do a good lap. Instead, today it didn’t happen.

“Luckily I did the lap in Q2 with the medium tyres, which will help us tomorrow for the race.

“But in Q3 I’ve not been at the right level. Carlos did a good job and let’s hope that tomorrow since he will start a bit ahead on the softs and I will start with the mediums, we can have a good race.”

Sainz was understandably encouraged by his performance compared to Leclerc, whom he finished just behind when they were fourth and fifth in the previous race at Imola.

“It’s a good sign,” said the 26-year-old, who joined Ferrari from McLaren over the winter. “Because we know Charles does a great job in qualifying, he does incredible laps.

“So it’s a good sensation, but I’m focused on my sensations, on improving my driving style, my set-up.

“Today I tried many things to change the sensations and to see how the car behaved. And we found some things that worked that allowed me to go faster.”

However, Sainz, who needed a late run on the softs to ensure he made it through to Q3, thinks Leclerc will have the edge tyre-wise for the race.

“To tell the truth, I’m a bit jealous of Charles as he will start with the medium tyres,” he added.

“The feeling with the mediums [in Q2] was really good, but on the second lap I found Kimi on track, I made a mistake, and I didn’t do a good lap. To be sure to enter Q3 we chose to do the lap with the softs.

“Tomorrow we will have a disadvantage with the soft tyres.”