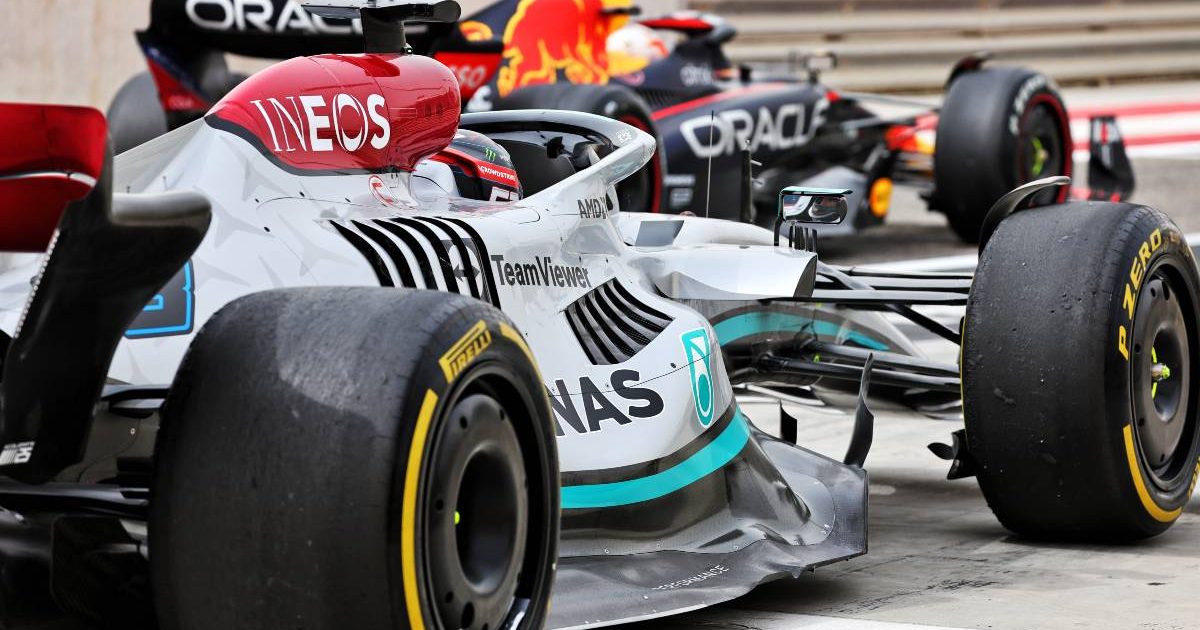 Ferrari’s Charles Leclerc does not believe for one moment that Red Bull and Mercedes’ current Bahrain pace is representative.

Following on from their strong showing in Barcelona, Ferrari were once again hanging out at the top of the timings on day two of the pre-season test in Bahrain, with Leclerc’s team-mate Carlos Sainz setting the official fastest time of the session with a 1:33.532.

Red Bull’s Max Verstappen was 0.479s adrift of that time in P2, while Lewis Hamilton was over a tenth further back for Mercedes.

Hamilton said already that if the Bahrain GP was tomorrow, March 12, rather than next weekend, then Ferrari would be looking good for a one-two.

Leclerc though has urged great caution, stressing that the lap times mean nothing currently because neither Mercedes or Red Bull have pushed for ultimate performance yet.

Let's hope that this is a sign of what's to come.pic.twitter.com/6WlbRpitE2

“Consistency is there, I think the consistency is good, balance is good, which are two positive things,” Leclerc said of the Ferrari F1-75 challenger when talking to reporters in Bahrain.

“But this means absolutely nothing on the performance and yes, we are seeing not bad lap times for now, but lap times that don’t mean anything.

“I’m sure that Mercedes and Red Bull has so much more to come and are just hiding their game a lot for now.

“So, it doesn’t mean much, the timing page, but on the other hand we are focusing on ourselves and for now it is a good test, we haven’t had any particular issues.”

One area where Ferrari have improved though according to Leclerc is the porpoising, with the Monegasque driver confirming that the F1-75 is now bouncing far less down the straights compared to the Barcelona group shakedown.

“I think the porpoising is not gone, but much better compared to the first days in Barcelona,” he said.

“This was one of our priorities after the Barcelona testing, so it looks good, we are working well and any time we find ourselves in a difficult place we manage to work and get out of it.

“So it’s positive for now.”

This was achieved without Ferrari making major changes on the outside to the F1-75 between Barcelona and Bahrain.

That of course was not the case for Mercedes, who captured the attention with their radical slim sidepod design, while Red Bull are readying a big upgrade for the final testing day.

So, to Leclerc this is further proof that more performance is to come from both teams, meaning Ferrari’s best approach is to focus on themselves.

“We didn’t have a particularly different car compared to Barcelona,” he said.

“We surely understand the car better compared to the first days in Barcelona, but it’s not like we arrived with a massive gain of performance.

“But it’s a different approach, we’ve seen Red Bull will have another upgrade coming before the race, we’ve seen Mercedes that arrived with a completely different car here, so we cannot relax, they haven’t pushed at all.

“And on our side we are just trying to get to know this car as much as we can, to be as ready as possible for the first race.”