Home News Leclerc pleased to keep Perez behind at Imola 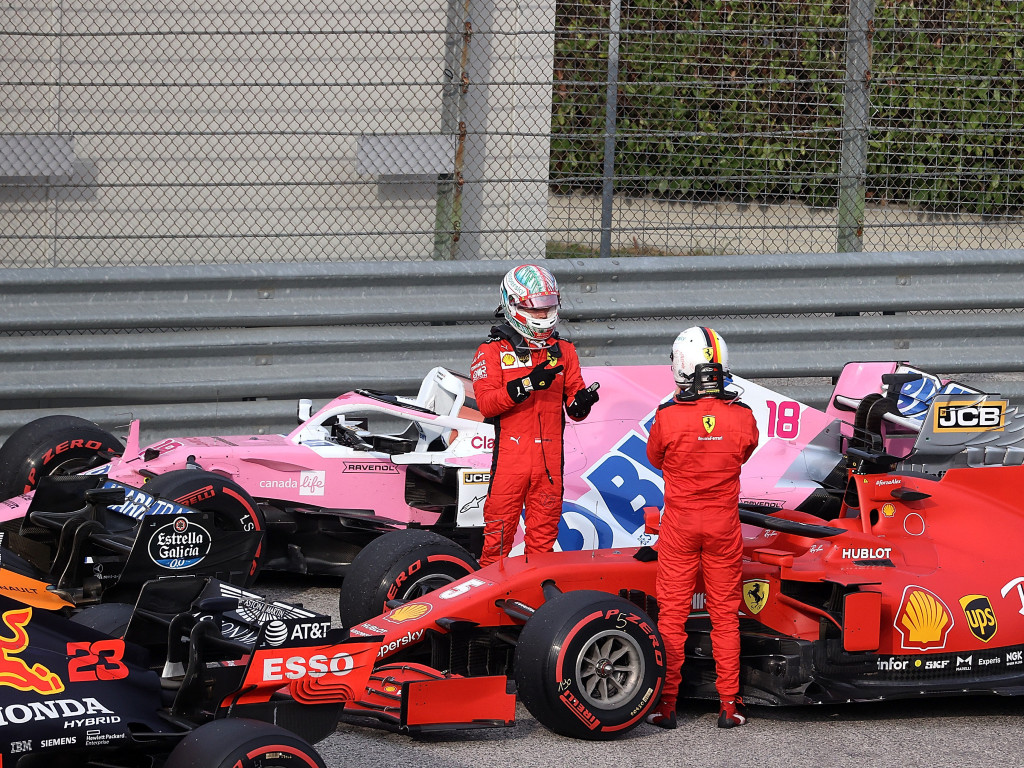 Charles Leclerc recorded a solid P5 finish at the Emilia Romagna GP, and keeping Championship rival Sergio Perez behind was a bonus.

Leclerc was somewhat disappointed with his display in qualifying as he lined up P7 for the race as Formula 1 made its return to Imola, but he would make up two places to go on and finish P5.

The Monegasque driver made only one early stop to fit the hard tyres, and even with hindsight he isn’t sure whether or not that was the right choice.

“It’s always tricky to know whether it was the right move or not, but at the end yeah, we have P5,” he told Sky F1.

The Ferrari man was, at least, able to keep Racing Point’s Sergio Perez behind him, one of his biggest rivals in the Drivers’ Championship.

The Mexican had the advantage of fresher tyres which he fitted during the Safety Car period but couldn’t find a way past the Ferrari.

“Exactly, which was the most important thing as he is the one closest to us in the Championship,” Leclerc replied.

“Overall I’m satisfied with the race, the only thing I’m not so sure on we’ll have to analyse a bit better is whether we could have gone on the medium [tyres] and probably stop a little bit later on the softs, but at the end I’m pretty happy with the race.”

Ferrari certainly seems to have turned a corner in recent races with Leclerc finishing in the points at all of the last five rounds.

Leclerc was actually taking a look at Daniel Ricciardo earlier in the race, and the Aussie later went on to claim a second podium finish of the season with P3.

“I think we were actually quite competitive during the whole race,” he said.

“We were maybe a tiny but quicker than Daniel on the hard compound at the beginning but not by much, so not enough to overtake for sure.

“And then at the restart I struggled a bit more compared to Daniel who did a great job.”

Ricciardo, Leclerc and Perez are now starting to form their own group in the fight for P4 in the Drivers’ Championship as the season enters its final four rounds.

With that second podium in three races Ricciardo holds on to P4, taking his points total to 95, while Leclerc sits just ten points adrift.

Perez continues to lurk in P6 with 82 points having featured in the top ten at every race he has entered in 2020.