Home News Leclerc’s P4 at Silverstone ‘felt like a victory’ 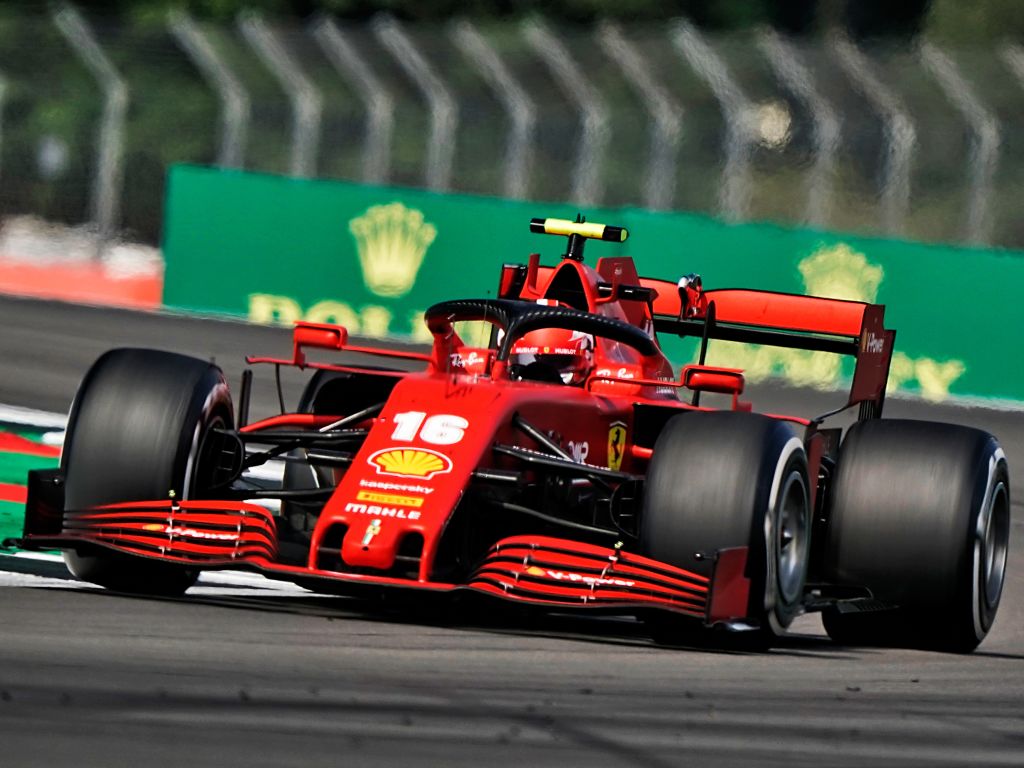 Ferrari’s Charles Leclerc said his P4 finish in the 70th Anniversary Grand Prix “felt like a victory” to him.

The Monegasque driver started from P8 but went into the race expecting to be defending that position, rather than making progress.

But Leclerc was able to put in a solid drive to cross the line in P4, marking another standout performance for him in the underwhelming SF1000.

So it’s little surprise then that the P4 felt as good as a win for Leclerc.

“I am extremely happy today,” he told Sky F1.

“It feels like a victory, it’s not great to say that when you finish fourth, but the reality is we are not quick enough.

“But today it was very impressive. I don’t know where we found that pace but we were very very quick on the hard tyres, especially towards the end of the stint.”

Leclerc was running in P3 late on but lost that place to Hamilton after a brief but spirited defence.

He said he tried to defend the best he could, but acknowledged it was a bit of a mismatch, despite Mercedes’ struggles for pace at the 70th Anniversary GP.

“It was very close with Lewis, I chose my battles because the first time when I had Lewis behind me we weren’t on the same strategy, I did not expect to fight with him towards the end of the race,” he explained.

“But then at the end of the race once he was behind me I tried to defend as much as possible, but he was obviously too quick.”

A great comeback by @Charles_Leclerc: starting in P8, he finished in P4 💪
P12 for #Seb5#essereFerrari 🔴 pic.twitter.com/A5AX4nnj2F

It seems Ferrari now need to match their race pace with qualifying performance to leave them with less work to do on Sundays.

“I think strategy played an important part in our result today, I pushed the team quite a lot to make this one-stop strategy work.

“I think everyone was pretty scared after what happened last week with the tyres blowing, but we made it work and I’m also very happy with the progress I’ve made with the tyre management.

“I was really pushing for it this morning, and during the race I was pushing for ‘Plan C’ all the time which is a one-stop strategy.”

It seems the hotter weather helps Ferrari, which should bode well for next weekend and the Spanish Grand Prix.

“Well today we’ve been pretty quick and I think also last year the tendency was that when it was warmer, we gained compared to Mercedes and the others too,” Leclerc explained.

“I’m pretty sure if we have some warmer races it will help us a little bit.”

Asked what the target is for himself and Ferrari now for the rest of 2020, Leclerc replied: “Personally and for the team it is the same one.

“For me I want to finish 2020 and look back on the year knowing that we have taken every opportunity that we’ve had.

“But considering the situation we are in we can’t change the performance side for now, but we can make the difference on-track and maximise our package which we are doing for now.

“Now we need to level-up our whole performance.”

The technical directives issued last season regarding engine performance have been a touchy subject for Ferrari, since they coincided with the team’s drastic loss of power.

Asked if that power advantage was flattering Ferrari’s performances in 2019, Leclerc said: “No, I don’t think so, this year we went for a bit more downforce which didn’t pay off.

“I think this lower downforce is quite a lot more efficient, because normally we should be running more downforce on a track like this.

“But our lower-downforce package seems to be better and we made a step forward so I’m really happy with this.”