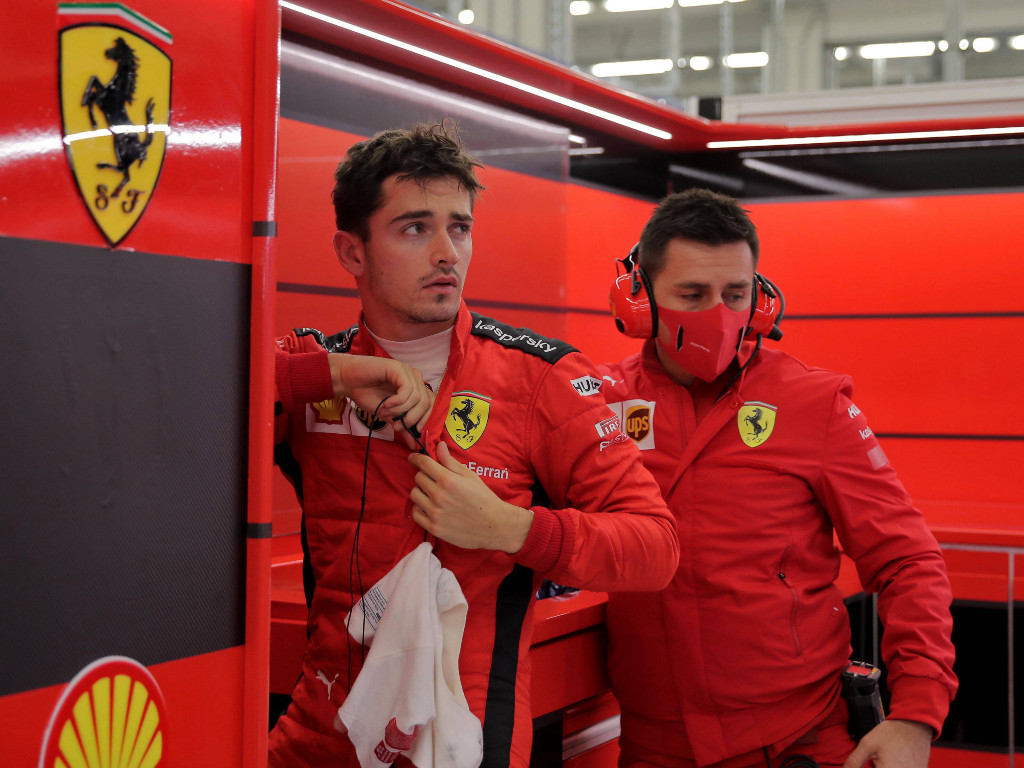 Charles Leclerc had “absolutely no explanation” for being six seconds off the pace in qualifying for the Turkish GP.

Leclerc went into qualifying full of optimism. He had featured in the top three in FP1, FP2 and FP3, but come qualifying the pace in his Ferrari simply vanished.

He would ultimately finish Q2 all the way down in P14, causing him to miss the shoot-out for pole.

But the part which really hurt the Monegasque driver was the fact that he was 6.4 seconds slower than Max Verstappen who topped that session.

“We went in the heavy rain in FP3 this morning, we were competitive, we were probably one of the fastest cars out on track, coming into qualifying six seconds off.

“We’re not speaking a few tenths, we are six seconds off which is absolutely huge. I have no explanations for that.

“We need to understand what we are doing wrong in the rain. Because this is not one time, but it’s been a few times in the rain, we are struggling more than the others, and we’re not speaking about small differences.

“I don’t know what could be the cause. Because again this morning, it was raining and on intermediates, we were competitive. So no explanations.”

Leclerc has grown accustomed to getting the better of team-mate Sebastian Vettel this season, but the four-time World Champion will actually start the Turkish Grand Prix ahead of Leclerc.

He was 1.5 seconds faster than Leclerc in Q2 so was frustrated not to have sneaked into the top 10.

“We were struggling just to generate temperature, so I think a couple of degrees makes all the difference,” he told Sky F1.

“But we couldn’t find them and I would assume that the extreme [wet] was our weakest compound.”

Vettel said that the conditions of the track at Istanbul Park were something Formula 1 has never seen before.

“I think it’s something we haven’t seen before,” he explained.

“I think back to 2012 in Austin when the asphalt was new and the first sessions were very tricky.

“It’s also fun but obviously if you’re not able to generate enough tyre temperature so that the car and the tyres start to work, then it’s even worse than just being slippery.”