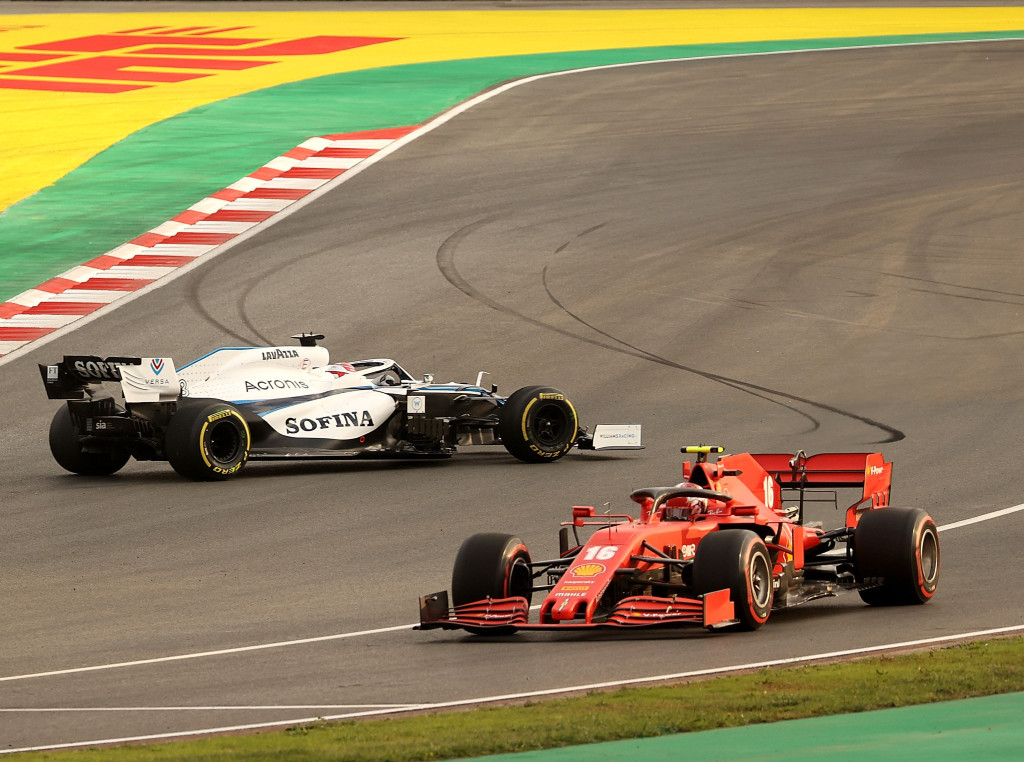 Although Charles Leclerc had a lot of fun, he didn’t learn much at a slippery Istanbul Park ahead of the Turkish GP.

With Formula 1 being absent from the venue since 2011 a new surface was laid down to greet the drivers, but it’s safe to say they could have saved their money and just turned it into a genuine ice track.

In the Friday morning session cars were slipping and sliding everywhere as they desperately tried to find some grip.

It was a day where the skill of the drivers really shone through, and the fact Leclerc finished P3 and P2 was a very good reflection on him.

The Ferrari driver certainly enjoyed all the slipping and sliding, but when it came to what he learned about the track from doing so, well, that was practically nothing.

“At first I was really not convinced by the grip of the track and I was like ‘oh this is going to be a very bad day’,” he told reporters at Istanbul Park.

“But after a few laps I actually really enjoyed it so it was actually very, very fun to have such low grip.

“We need to understand why though. To be honest, it’s probably not great to have a Friday like this [where] we don’t learn much. In terms of driving it was very fun and we have been very competitive too.”

The surface had been cleaned overnight which made it as green as the grass come Friday morning, while there is expected to be rain around on Saturday.

There are also no support races at all scheduled around the Turkish Grand Prix weekend, so Leclerc doesn’t see how the track is really going to improve in terms of grip throughout the weekend.

“I don’t think it [the track] will improve much this weekend so it is good we have done quite a lot of mileage today to understand the conditions and hopefully we can maximise the result tomorrow,” he said.

By the end of the FP2 ahead of the 2020 Turkish Grand Prix Max Verstappen’s session-topping time of a 1:28.330 was 3-and-a-half seconds shy of that time, highlighting just how slippery the new tarmac is proving to be.