Home News Leclerc was ‘s*** when it mattered’ in Turkey 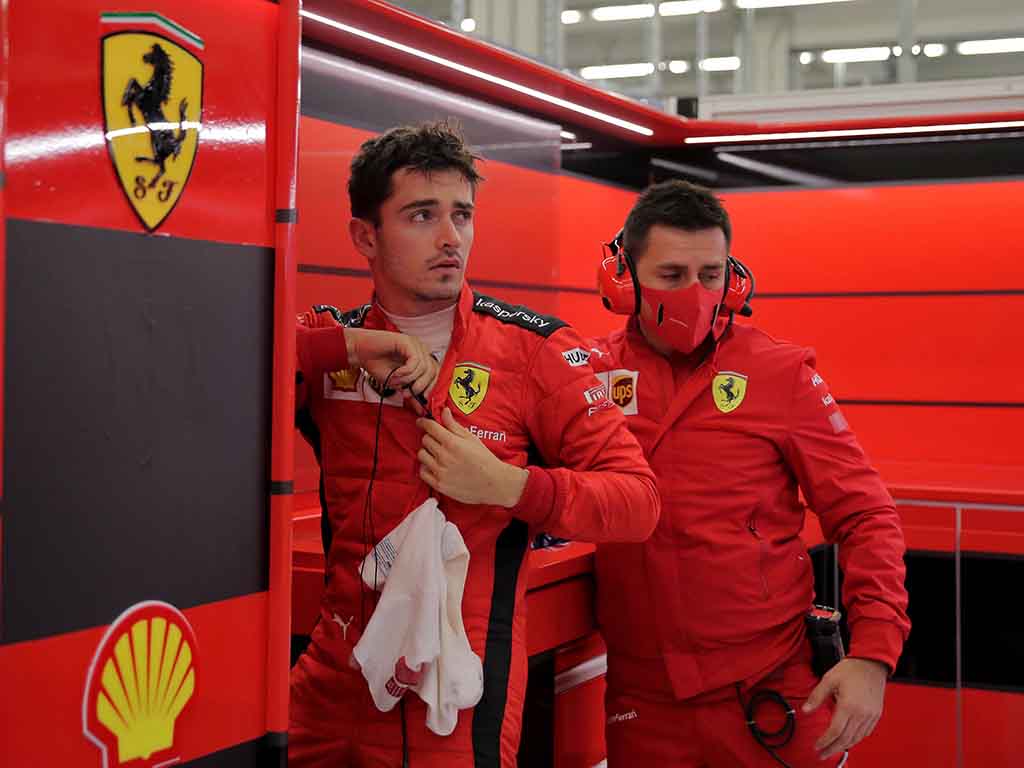 Charles Leclerc was full of self-criticism after seeing a third podium of the season slip away from him on the final lap of the Turkish Grand Prix.

Leclerc roared into life on the tricky Istanbul surface and was amongst the first of the drivers to be brave enough to switch from wets to inters on Lap 7.

The Monegasque driver then earned himself a free stop to pit for new inters on Lap 31 and, from P9, set about launching an attack with a chance for a podium spot blown wide open due to the unpredictable nature of the race.

Leclerc looked like he had P3 in the bag, but a costly lock-up on the final lap saw that third 2020 podium disappear and instead it was Ferrari team-mate Sebastian Vettel who nicked his spot.

So disapointed with myself today. We were extremely quick but my last lap mistake is what cost us the 2nd place.
On the other hand, happy for Seb, it's been a very difficult season overall and he deserves the podium so much.

“I f***** up in the last corner,” Leclerc said back in the Istanbul media paddock.

“Nothing to say. I mean in the last three corners so…at the end, the end results count, I have been good for one part of the race but sh*t when it matters. That’s it. Fourth. I am so disappointed.

“I am so angry with myself. I only feel disappointment.

“I am very happy when I see where we were after 10 laps, I think we were 25 or 30 seconds behind the guys we have been fighting at the end. But on the other hand I cannot afford to make a mistake three corners from the end.

“Sure, it was fighting for position, fighting for second place, and to finish out of the podium because of this mistake…it feels very bad.

“But congratulations to Seb [Vettel] on his first podium of the season. I think it has been a very difficult season on his side and I am happy that he can finally show on track what he is worth.”

And of course, a huge congratulations to @LewisHamilton for being a seven times World Champion. What an achievement!

Further ahead of the field in Turkey, Lewis Hamilton won the race to become a seven-time World Champion and Leclerc congratulated the Mercedes man on his phenomenal achievement.

He added: “Congratulations to Lewis. It was more a matter of when than if but he has done an incredible season and I think what is very impressive, this weekend especially, is how much they have struggled, especially in qualifying, then the race came, and nobody expected him to be where we was today.

“It is only deserved so congratulations to him.”