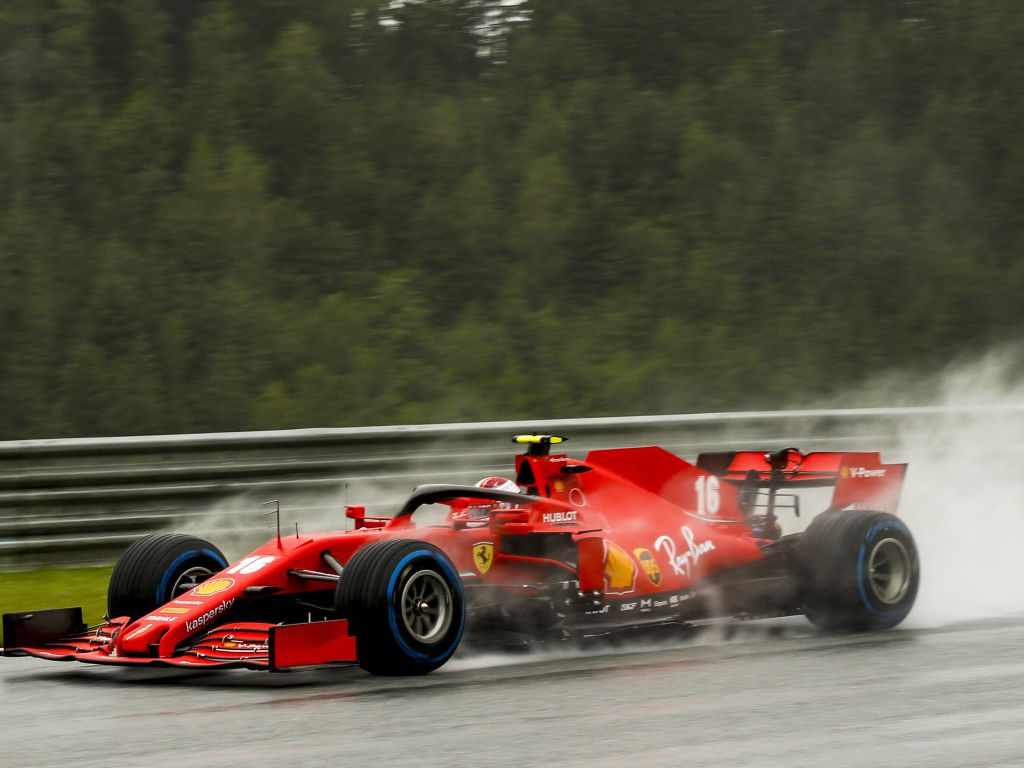 As if being eliminated in Q2 wasn’t bad enough, Charles Leclerc is now under a double investigation at the Styrian GP.

It looked like it was going to be a washout at the Red Bull Ring for qualifying for Round Two of the 2020 season.

But the session got underway, and the struggling Scuderia would have hoped that the wet weather would allow for Leclerc and team-mate Sebastian Vettel to make up for some of the performance lacking in the SF1000, instead using their skills in the lottery that is wet-weather racing.

But it didn’t turn out that way with Leclerc getting eliminated in P11, whilst Vettel only just squeezed through into the top 10 shootout for pole, before finishing the session in P10.

And things went from bad to worse after the stewards announced that Leclerc was under investigation for two separate incidents.

The first of them is failing to abort his flying lap and return to the pits when the red flags were shown during Q1 after Antonio Giovinazzi stopped his Alfa Romeo on track after a date with the barriers.

FIA regulations dictate that “when the signal is given to stop all cars must immediately reduce speed and proceed slowly back to the pitlane.”

And the second investigation relates to Leclerc allegedly holding up AlphaTauri’s Daniil Kvyat through Turns 9 and 10 in Q2.

Kimi Raikkonen is also under investigation for completing his lap after the red flags were shown, whilst Racing Point’s Sergio Perez is being looked at for reportedly failing to slow for yellow flags at Turn Three during Q1.

Speaking after his Q2 exit, Leclerc admitted that Ferrari were “just too slow”.

“Unfortunately we had the rain once we went on the second set [wets],” he told Sky F1.

“But anyway I think the main problem today was we were just not quick enough.

“However we look at it, we are just too slow at the moment. We need to work.”