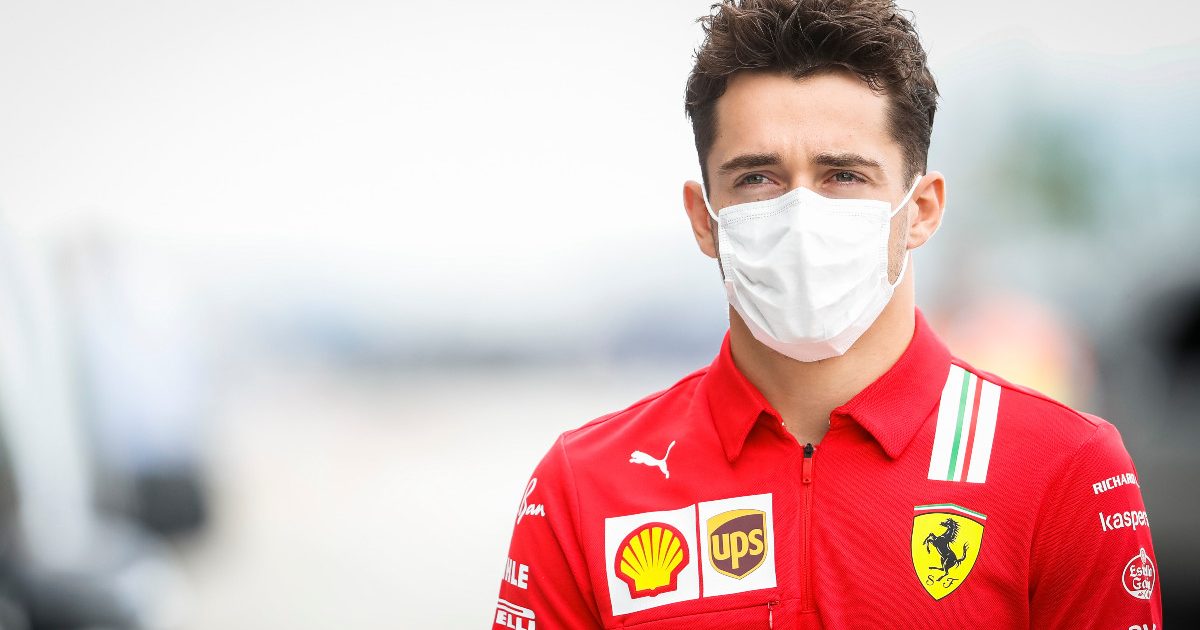 Ferrari are arguably the most iconic name on the Formula 1 grid, and it took Charles Leclerc time to adapt to such a “big team”.

A graduate of the Ferrari Driver Academy, Leclerc earned a call-up to the red team back in 2019 after only one season in Formula 1.

He instantly proved a success, providing two of Ferrari’s three wins that season as he got the better of four-time former World Champion Sebastian Vettel on the other side of the garage.

Socially, Leclerc felt comfortable at Ferrari from the start. But with only a year’s F1 experience at the time, there was a lot for him to learn outside of social skills.

“I was comfortable from the beginning, I had a lot of things to learn, but it felt like I’d known them straight away – on the social relationships,” he said while appearing on the Beyond The Grid podcast.

“Then to feel comfortable in the way such a big team works? Probably nearly a year, I will say.

“Nearly a year to understand exactly the dynamics of the team, how you face issues, how you react to those problems. Yes, probably almost a year.

“It is a long time. Yes, yes, it is a very, very long time but it’s very, very interesting.

“To live it feels a lot shorter and you can feel all the steps, and every time you are learning something and you apply it you are just getting a better understanding of how everything works. Also, you feel more in control of the situation.”

When Leclerc joined Ferrari in 2019 they were still competing in the upper echelons of the grid. But in the season-and-a-half which has followed, it has been a case of scrapping in the midfield to take Ferrari back there.

But what this experience has done is develop a more mature Leclerc.

Already in 2021 he has two pole positions and a podium finish to his name.

“I feel like I’ve grown a lot as a driver, as a person,” he confirmed.

“How much better? It’s difficult to quantify, but I definitely feel a better driver compared to when I first arrived.

“Just how much detail we are going into after every difficult race, but every good race we’ve had…it’s made it very interesting.  It’s a sport where I am always learning and I think everyone on the grid is learning every time they get into the car.”