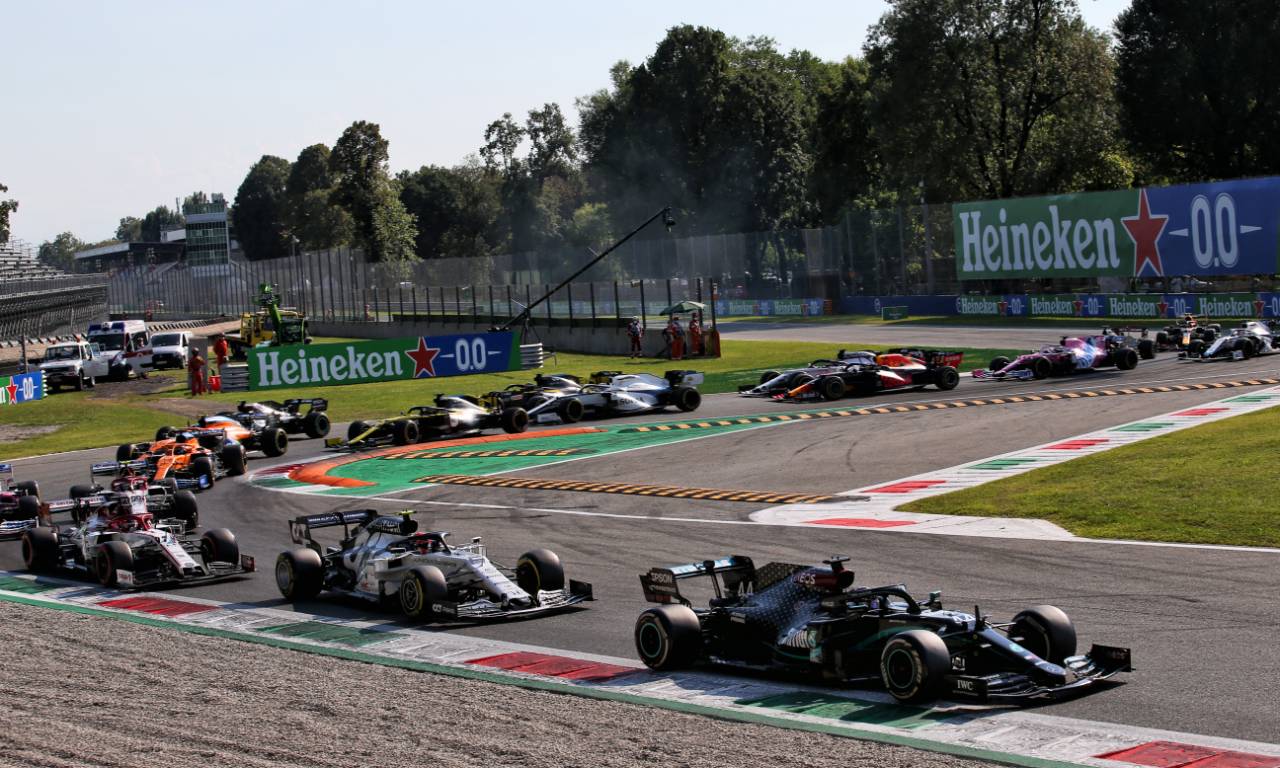 Departing F1 supremo Chase Carey thinks the sport should not let its history get in the way of introducing ideas such as reverse-grid races.

As part of ways to increase F1 competitiveness, the concept of reverse-grid qualifying races has been floated in which the driver sitting last in the World Championship would be on pole position and the title-race leader at the back.

But certain teams, most vehemently Mercedes, have objected to the proposal, insisting it dilutes what should be a meritocracy, with team principal Toto Wolff saying: “We should not design freak results just because we believe the pecking order should be different.”

However, Carey, who will be replaced as Formula 1 CEO and chairman in January by Stefano Domenicali, believes traditions should be no barrier to beneficial change, citing examples of sports popular in his American homeland as evidence that modifications can be embraced by spectators and participants alike.

“Most sports, when they have talked about changes, the hardcore fans resist change,” said Carey on F1’s Beyond the Grid podcast.

“Major League Baseball, when they had a designated hitter, everybody didn’t like it. The NBA put in a three-point line, the hardcores didn’t like it. You added teams to play-offs, you used to have the league champions play in the World Series, this year they had 16 teams compete.

“Really, in most of those cases – not all but most – those changes have ended up being viewed as positive, bringing fresh energy, bringing a fresh perspective.

“I think you have to be careful you don’t gimmick-up the sport, that you’re recognising the importance of history and the importance of what has made this sport special, but not let that become a straightjacket that doesn’t enable you to consider changes that may truly enhance the sport for fans.”

Despite the opposition of some teams and drivers to reverse-grid races, Carey declared that talks will continue on an open basis.

“I think a decision like the specific one about a qualifying race is a group decision,” said Carey. “From my perspective, we’re not going to dictate that.

“Let’s tee it up, talk about the pros and cons, do the appropriate homework of what we think again are the benefits and issues with it and have an honest discussion with everyone.

“That’s where it’s important to have a spirit of partnership and not look at it as ‘is this good or bad for me as a team?’ but ‘is it good or bad for the sport?’ and make an informed judgement.

“Is this a decision we feel is respectful to the sport and creates greater races for fans? At the end of the day, this is what this is all about.

“Not every fan will like it, you’ll never get 100%, and that’s why we have to make the judgement of whether it’s something we think, on balance, will improve the sport.

“Without making it sound like we’re just throwing ideas against a wall, we should always be trying to push ourselves to look at other ways to make the sport more interesting and exciting for fans.”