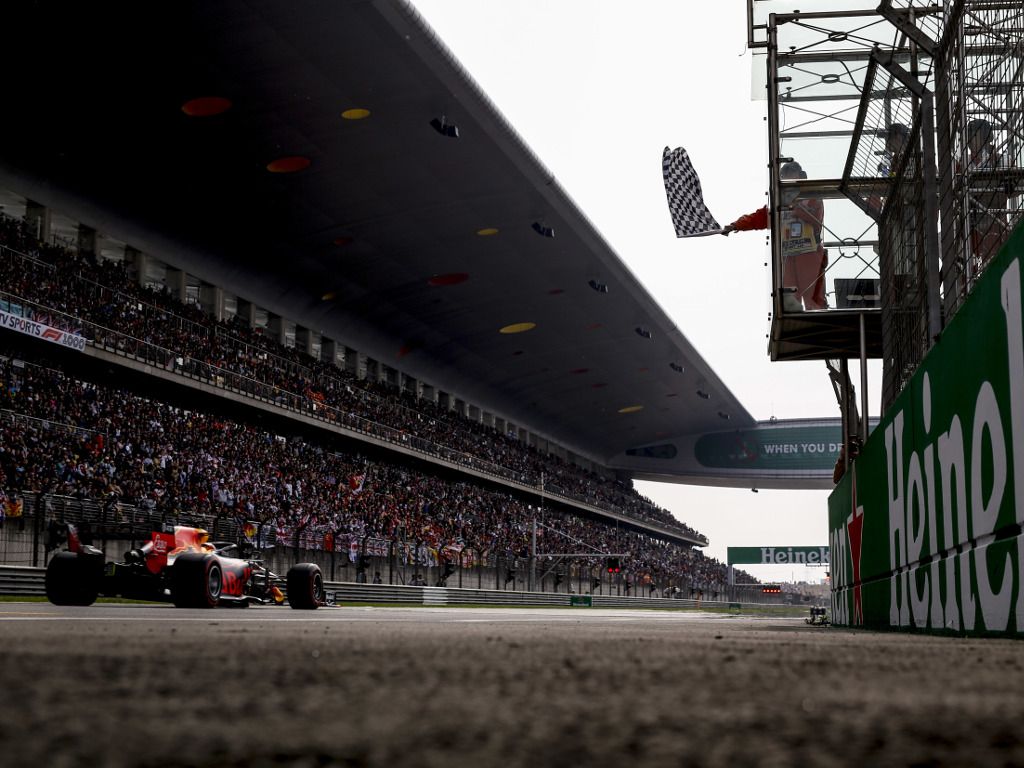 The Chinese Grand Prix could be in-line to hold two races later in the 2020 season, according to reports.

Currently the first eights rounds of the season have been confirmed to create a European phase.

But after that the schedule is still to be put together as F1 bosses wait to see how the situation plays out.

And according to a report by The Race, China has now joined Bahrain, Abu Dhabi and Sochi as being among the venues under consideration to hold multiple races later in 2020 as Formula 1 aim to put together a calendar of at least 15 races to satisfy broadcasters and revenue targets.

The report also states that Formula 1 bosses are offering to half the hosting fee for a second race at the same track.

The Russian Grand Prix would likely host a second race if the Azerbaijan Grand Prix can’t go ahead, a likely scenario since the Baku Street Circuit affects the use of public roads.

Also the Singapore Grand Prix, which is originally scheduled for September 20, has said that running the race without fans would be “unfeasible”, while the date falls within ‘Phase 2’ of the lifting of restrictions in the country which wouldn’t allow for such an event.

The Vietnam Grand Prix is expected to debut in November, but the promoters are reportedly not comfortable with the idea of holding two races.

And the Mexican, United States, Japanese and Brazilian GPs all remain in doubt for this year even though they are still penciled in to happen.

So for logistical reasons China could follow the Japanese GP and host two races to boost the calendar.