Home News Horner: Haven’t seen anything like that for a long time 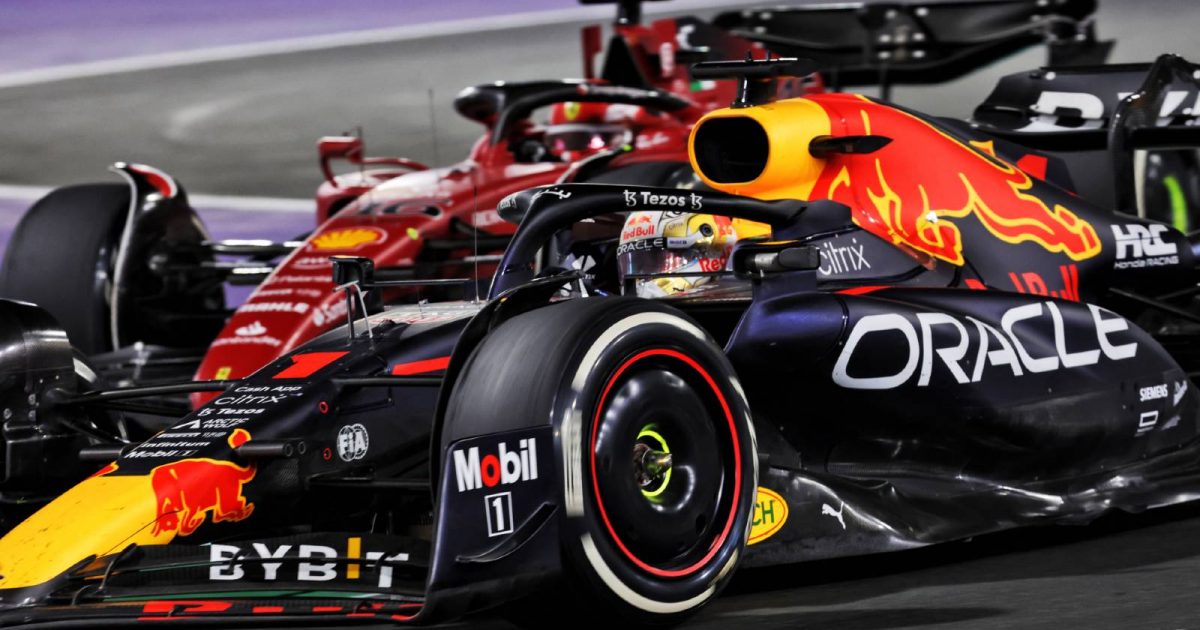 Red Bull’s Christian Horner says the amount of overtaking at the front early in 2022 is a level of action not seen in F1 for a long time.

We are only two races into the season, but already we have seen the winner of those races decided after thrilling battles between the leading duo.

In Bahrain it was Ferrari’s Charles Leclerc who won out in a multi-lap battle with Red Bull’s Max Verstappen after their first stops, the Monegasque driver going on to claim victory from there as Verstappen suffered a late retirement.

But at Round 2 in Saudi Arabia, after the pair had gone to battle again during the closing stages, Verstappen came out the victor, taking the lead and converting that into his first win of the season.

It had been the aim of these new 2022 cars to allow drivers to follow more closely, thus increasing overtaking opportunities, but Horner is a little taken aback by the amount of action that has been going on at the business end of the order.

“In the last two races, Charles and Max probably overtook each other 10 times at the front. You haven’t seen anything like that for a long time,” he told Auto Motor und Sport.

Red Bull’s driver programme boss Helmut Marko added: “I didn’t believe after last year there was any improvement. But apparently there is.”

DRS played a pivotal role in the outcome of the Saudi Arabian Grand Prix following a Virtual Safety Car period, with the chasing Verstappen growing wise to Leclerc’s tactics such was the huge advantage it was giving the driver behind when reaching the detection line before the main straight.

Horner praised the way Verstappen had handled that restart and the DRS antics to secure his first win of 2022.

“That was a very mature performance by Max,” said Horner.

“He took care of the tyres in the right phases. He then positioned himself correctly in the DRS game and pulled off the overtaking manoeuvre. And in the end, he was able to keep Charles behind him with all his might.”

Red Bull actually took inspiration from Lewis Hamilton with their strategy for Verstappen.

The Mercedes driver, having started on the hard tyres, had shown a stint on those tyres could be extended while it was still possible to push.

Those hard tyres allowed Verstappen to attack in the closing stages, while Marko also revealed the RB18 had been set up with the race in mind.

“We took a close look at the wear on the hard tyres with Hamilton at the start and told Max he could really push,” said Marko.

“We deliberately set up the car for the race. As a result, we lost out in Sector 1 but were faster on the straights.

“And when you have a driver like Max in the cockpit, you can rely on him to make it happen.”

Of course, it could have been a very different story in Saudi Arabia but still with a Red Bull driver on the top step of the podium.

Sergio Perez took pole position, the first of his career, and looked comfortable out in front during his opening stint.

However, Nicholas Latifi’s crash shortly after Perez’s first stop triggered the Safety Car, giving his rivals at the front a ‘free stop’, which meant he was then behind Leclerc and Verstappen.

He was also told to concede P3 to Carlos Sainz, the Spaniard having been adjudged to have reached the Safety Car line ahead of Perez as he exited the pits.

Marko though did not have many complaints, highlighting Latifi crashing had opened the door for them to win the 2021 Abu Dhabi Grand Prix which clinched the Drivers’ title.

“Latifi brought us victory in Abu Dhabi, here it cost Perez at least the podium. That’s just the way it is,” said Marko.

“In a Safety Car phase, there are always winners and losers.”