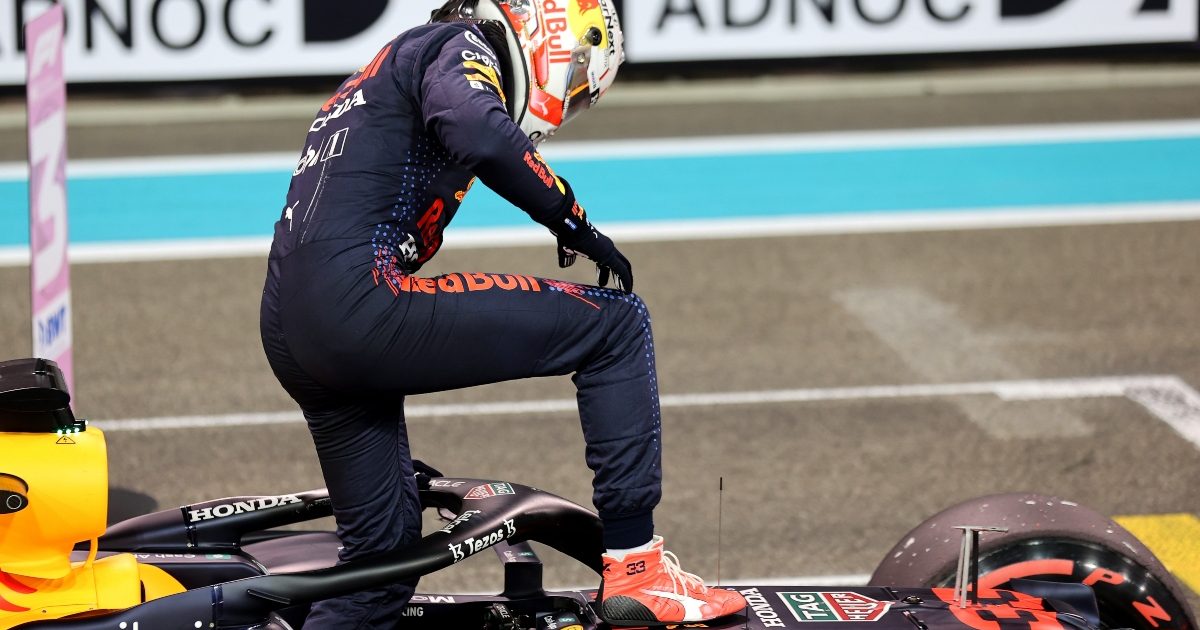 Christian Horner has described Max Verstappen’s pole lap in Abu Dhabi as “absolutely insane” and one of his best of the year.

Verstappen’s title rival, Lewis Hamilton, headed into qualifying very much the favourite to take pole position after topping both FP2 and FP3 comfortably and generally looking faster in qualy trim.

That remained the case after Q1 and Q2 but the Dutchman, helped by a tow from team-mate Sergio Perez, ultimately secured pole himself with ease, going just under four tenths of a second faster than the seven-time World Champion in Q3.

It was a lap that blew Horner away, with the team principal feeling such strong pace was due mainly to the Dutchman’s “insane” driving rather than the slipstream he got.

“I think that’s one of Max’s best laps of the year,” he told Sky Sports afterwards.

“The tow – even on the following lap that we got him to back off on, he matched the time – the tow was probably worth a tenth or two, not half a second.

“His last sector, when you look at the level of downforce he’s got on, is insane. It’s absolutely insane.”

One downside from the closing stages of Q3 for the team was that Lando Norris went faster than Perez on his final lap, which means the Mexican will start the race in P4.

Setting the scene for Sunday 🙌 #F1pic.twitter.com/wpVEl5s1bP

Nevertheless, Horner was very pleased with how both of his drivers had performed, praising Checo’s willingness to make sacrifices and play the team game.

“I think Max, he’s giving it everything, he’s driving his heart out. He’s thrown everything at this session,” he added.

“I think Checo has been the dutiful team-mate, he’s sacrificed an optimum lap for him to give his team-mate that performance and you can’t ask for more than that.

“So we’ve put it on pole. Now we’ve got to try and convert that tomorrow.”

It was not the perfect session for Verstappen himself with a lock-up in Q2 that damaged his medium tyres and forced him to, like Perez, go back out on softs for his final lap, which means he will also start the race on that compound while the Mercs do so on mediums.

While that was not the original plan though, Horner is not too worried.

“We discussed it this morning and it was very much 50-50, so we are not overly upset starting on the softs. The medium is a bit more robust but the degradation in the race…it will be very interesting to see how that plays out.

“But track position I think, regarding degradation, is crucial.”