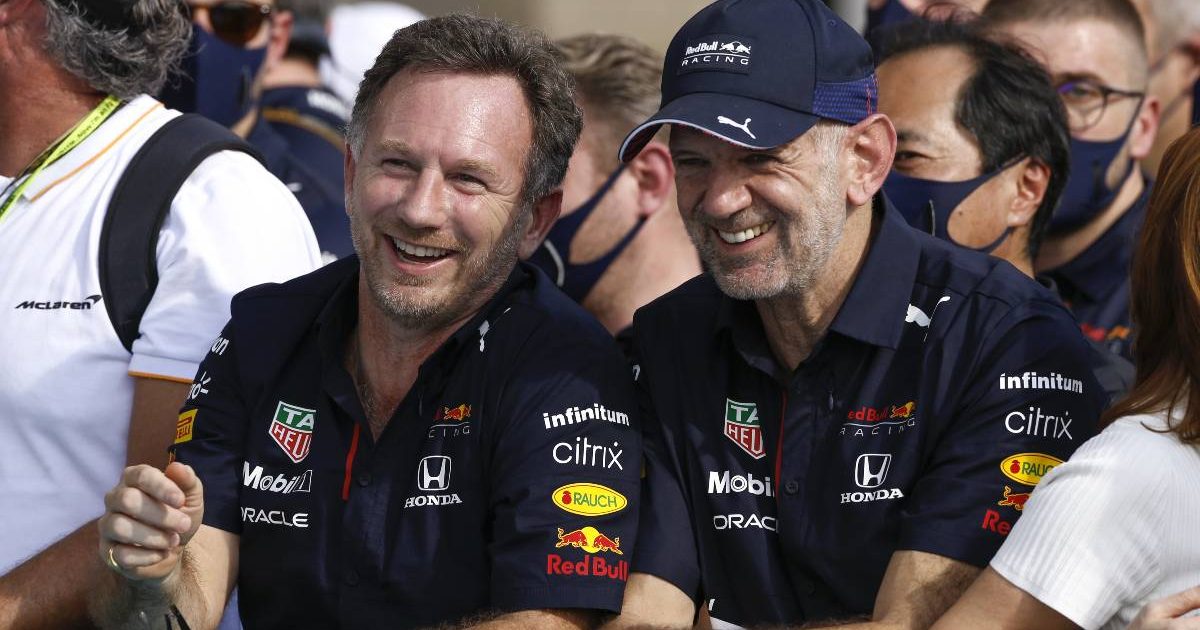 Christian Horner thinks the significance of Adrian Newey’s bike crash has been overstated.

Helmut Marko recently said Red Bull’s chief technical officer had been unable to work for a number of weeks after being involved in an accident while on holiday in Croatia.

Marko made reference to Newey having to undergo “several operations” and suggested his absence from duties meant the set-up of the RB16B had not been optimal at certain races.

“It was really violent. Adrian had several broken bones and head injuries,” said the 78-year-old Austrian, while adding that Bernie Ecclestone had stepped in to facilitate Newey’s immediate medical care in Croatia and his transport back to England.

However, Red Bull team principal Horner has intimated there may have been a touch of exaggeration in those reports.

“These things are sometimes reported out of proportion,” said Horner, quoted by formel1.de.

“It’s true that he had an accident on his holiday. Fortunately, he is fully fit again – he has been for a couple of weeks. He was already on site in Istanbul and he is in good shape.”

Newey was also present at the United States Grand Prix in Austin, where Max Verstappen won for Red Bull to extend his lead in the Drivers’ World Championship to 12 points, while his team-mate Sergio Perez finished third.

The 62-year-old aerodynamicist was photographed at a lunch table outside the Red Bull hospitality unit at the Circuit of The Americas with Horner, Marko and reserve driver Alex Albon and also taking part in the victory celebrations next to the team principal’s wife, Geri.

But unusually for him, Newey was not pictured at any stage of the weekend without wearing a cap.

It was recently denied by Aston Martin team owner Lawrence Stroll that Newey was a target in their concerted recruitment programme which they hope will lead to challenging for World Championships in the foreseeable future.

“I think Adrian’s a unicorn – he’s very special, maybe exists once,” said Stroll about a designer who has enjoyed 10 Constructors’ World Championship triumphs with Williams, McLaren and Red Bull.

“But I guess you’ve followed recently in the last several months all the announcements we’ve made of the top executives and senior management we’ve hired in the industry.

“One of them happens to be Dan Fallows, who was a chief aerodynamicist working for 12 years under Adrian. So maybe if we don’t have Adrian, we have Dan.”