Home News ‘Albon’s disadvantage has been he is too nice’ 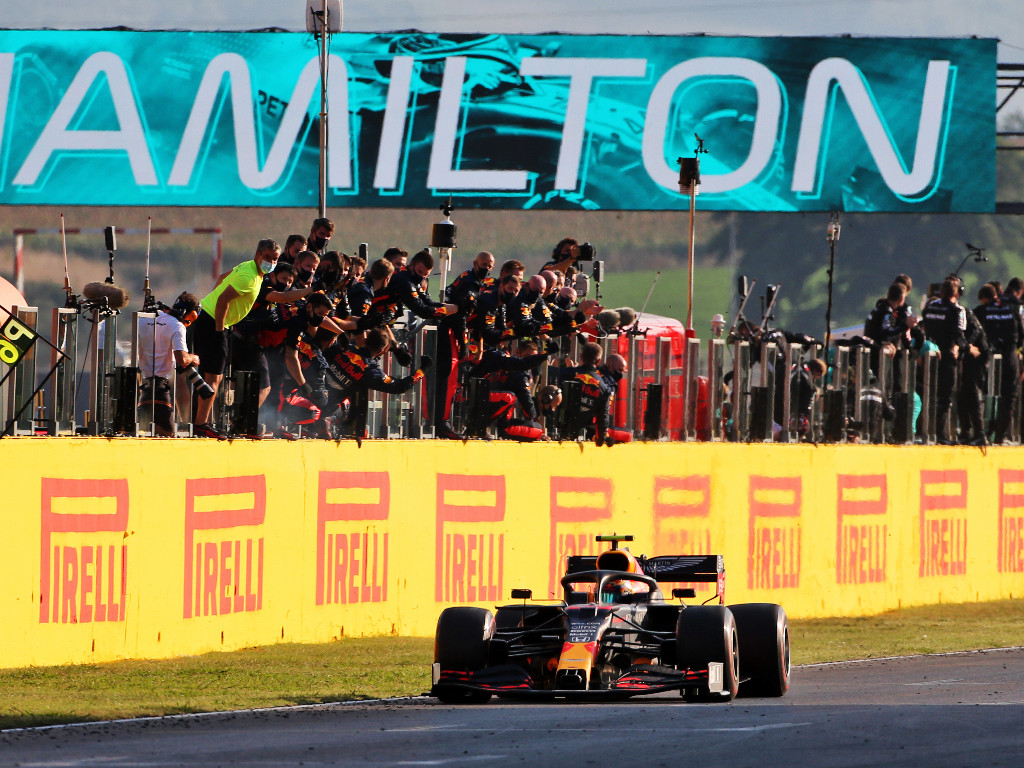 Red Bull principal Christian Horner believes Alex Albon has gone from being told he can to knowing he can perform for Red Bull after his podium at the Tuscan GP.

Another crazy race in Italy saw Albon score his first podium for Red Bull, making up for the RB16’s struggles on restarts to pass Daniel Ricciardo for P3 after the second red-flag period of the race.

And with that win Horner believes Albon has overcome the criticism that had been hurled his way.

“I’m really pleased for him because he’s weathered a bit of criticism, he’s bounced back, and to be fair the last couple of weekends he has been getting stronger and stronger,” Horner told Sky F1.

“For him to get that podium today he had to really fight for it, he had to do it the hard way, the starts were pretty horrible today, he’s ‘Mr Around the Outside’.

“It’s really impressive and we see it time and again with him that his placement of the car is really very very good.

“Daniel is a hard guy to pass and he made that move around the outside and made it stick, all credit to him.”

Albon thanked Red Bull over team radio for sticking with him through his difficult start to 2020, and Horner believes his driver has now proven to himself for the first time that he can pick up results in the Red Bull.

“His disadvantage if anything is that he’s too nice,” he said.

“I think this podium will just give him a boost of confidence and self-belief. I think he will build from here nicely.”

Asked if Albon has been outspoken enough in the Red Bull team, Horner said: “Actually his feedback is very very good, I think that he has a really good sensitivity for the car.

“I think he has really won the respect of the engineers with that so now that’s starting to come through, the developments are starting to come, I think that will only help him.

“So hopefully some of this instability of the rear that we’ve been having that affected him and affected Pierre [Gasly] last year, that Max [Verstappen] isn’t really affected by, I think now it will start to come his way a bit.”

Verstappen suffered a second DNF in a row after being caught up in a multi-car pile-up at Turn 2.

But the Dutchman said he was set to retire anyway after sinking down the pack with a problem, and Horner confirmed that a “big electrical issue” did for Verstappen at Mugello.

“But on the formation lap everything looked okay and then suddenly there was this big electrical issue.

“He got a great initial launch, he’d done the hard bit and was ahead of Lewis. Enormously frustrating for him because he was really up for it today and I think you can see we had a good race car.

“I don’t think it would have been a walk in the park for Mercedes today.”

Verstappen’s poor start was followed by a pair of bad restarts for Albon during the crazy Tuscan Grand Prix, and Horner said the team and Honda need to come up with answers.

“I think it’s something with Honda that we need to work on, we need to replicate these conditions and understand why we are losing power at the starts,” he confirmed.

“It’s something that we definitely need to improve.”