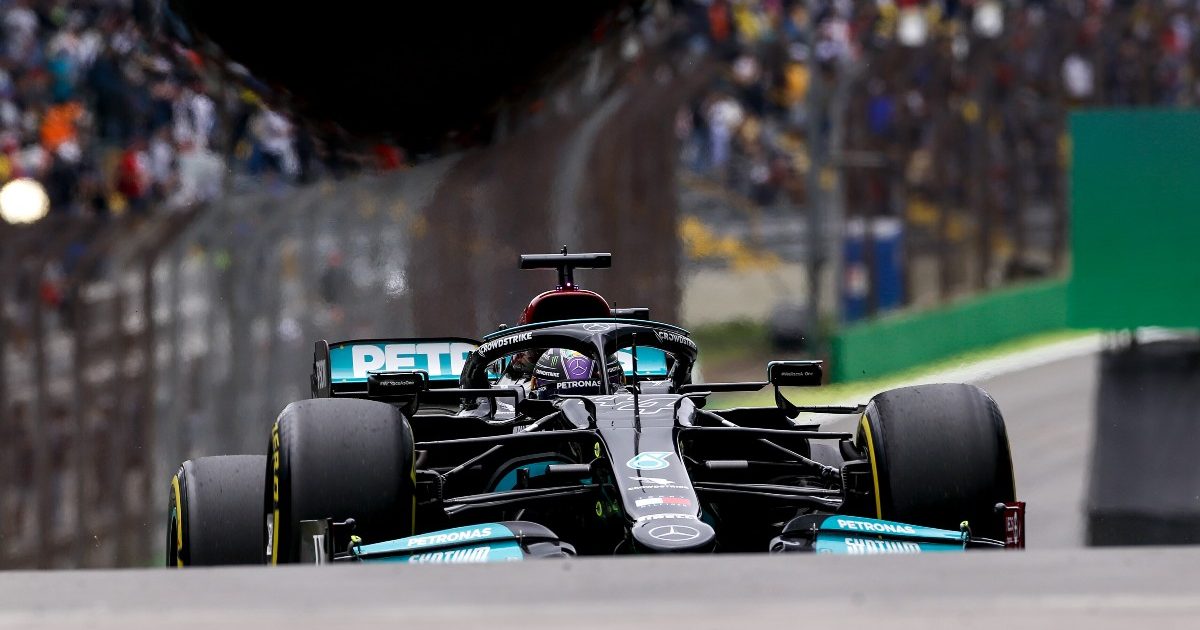 Red Bull boss Christian Horner believes Lewis Hamilton got a helping hand to being fastest in Sao Paulo qualifying by the power boost of his new ICE.

Mercedes confirmed Hamilton had taken a fifth Internal Combustion Engine of the season in Sao Paulo, earning the Briton a five-place grid drop.

Initially he had looked to have set himself up perfectly to limit the damage by dominating qualifying to secure P1 for the start of the sprint – but that was snatched away when the FIA handed out further punishment for a DRS infringement. Instead, Hamilton will start at the back of the field.

A fresh ICE will normally offer something of a power boost, but Horner felt it was the main factor behind Hamilton’s dominance after he finished qualifying over four-tenths of a second up on Red Bull’s Max Verstappen.

Asked by Sky F1 if Red Bull had any answer to Mercedes in qualifying, Horner replied: “No, I think we saw from this morning Lewis was very strong.

“That fresh engine obviously pumping out some horsepower for them, so I think second was the best we could hope for.

“And so to be up there on the front row, we are okay with that.”

As for how much extra lap time that ICE was offering Hamilton, Horner predicted the benefit to be a couple of tenths.

“It’s difficult for us to be able to predict that, but it looks like…if you look at the relative speed compared to Valtteri, it’s a couple of tenths,” Horner claimed.

“So that’s obviously why they have chosen to take it here but it’s a sprint race, we’ve got tomorrow and then qualifying coming off the back of that for the Sunday race.”

Of course back in Mexico, Mercedes dominated qualifying yet were no match for Red Bull on race day – so with Horner expecting his team to have a strong race car again, hope remains for the sprint and the Sao Paulo Grand Prix.

But Horner does not expect Verstappen to play that numbers game before the start has even taken place.

“He’s a racing driver, so it’s a start. If he can get the lead at the start he will go for it,” Horner assured.

“It’s Max, he only needs to finish second to get pole for the race on Sunday, so let’s see – so much can happen but you just have to go for the start and then see where you are.”

Verstappen predicted tyre wear could play a factor in the sprint and Sao Paulo GP but Horner is not convinced, saying it will be a “different set of circumstances” to Friday.

“I don’t think so, the race will be a different set of circumstances,” said Horner on the idea that tyre wear could influence Saturday and Sunday at Interlagos.

“He was talking about the front axle. It will probably be about the rear axle in the race tomorrow and particularly on Sunday with a hotter temperature.

“I actually think we have quite a decent race car here.”