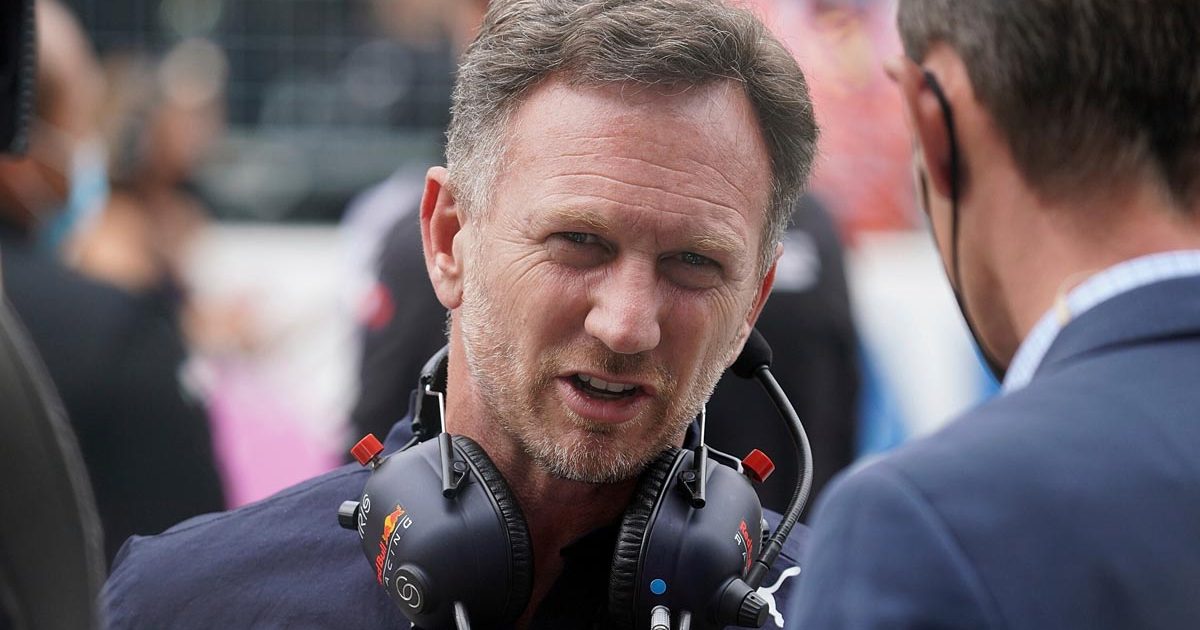 Christian Horner thought Lewis Hamilton had applied a touch of “gamesmanship” against Max Verstappen to protect his provisional pole position for the Hungarian Grand Prix.

Qualifying at the Hungaroring was the first competitive action since the furore following the two World Championship rivals’ collision at Silverstone, where Verstappen crashed out and Hamilton went on to win his home race.

With the Dutchman’s lead in the Drivers’ standings slashed to eight points from 33 as a result, momentum has swung back towards Mercedes – and especially as Hamilton captured pole position in Hungary with his team-mate, Valtteri Bottas, alongside him on the front row.

Verstappen and his Red Bull comrade Sergio Perez start third and fourth, but their chances of improving those positions on their final qualifying runs were done no favours by having to follow Hamilton who was dawdling around on his out-lap.

While Verstappen crossed the line with only seconds to spare, Perez did not make it before the chequered flag fell and missed the opportunity to try and go faster.

Although Horner, the Red Bull team principal, said he had “no major issue” with what the World Champion had done, he did make the point that Hamilton appeared more concerned with Verstappen than in improving his own qualifying time.

“It’s a bit of gamesmanship,” Horner told Sky F1. “Lewis had got a hell of a lap in the bank and then obviously he’s just backing things up and obviously doesn’t want to give our cars a clean run.

“But it’s his right to do that, he’s got the track position so we haven’t got a major issue. It’s all about tomorrow now.”

Asked whether Red Bull would have done the same had the boot been on the other foot, Horner said: “I think we would have probably focused more on the preparation of our tyres because you can see [Hamilton’s] lap time was nowhere near his qualifying time.

“He was obviously more interested in what was going on behind, but that’s all part of the game.”

Red Bull’s two cars will start on soft tyres whereas the Mercedes duo are on mediums, which could give Verstappen and Perez a getaway advantage off the grid but will inevitably lead to earlier pit-stops.

“That was as good as we had today,” added Horner. “Second row, we’ve got a different strategy to the Mercedes ahead and that will make it an exciting race tomorrow.

“We couldn’t do the same time Lewis did on the medium and felt maybe tactically it’s a different route. I’d prefer that tyre for the start tomorrow, so we’ll see.

“We’ve got to drive an attacking race tomorrow. You know how hard it is to overtake around here so strategy will be crucial.

“I guess there will be premium seats at Turn 1 and Turn 2 tomorrow, so tune in, it will be well worth watching I’m sure. It will be an exciting start – different strategies, different grip levels, but we’ve got to get a good start.”