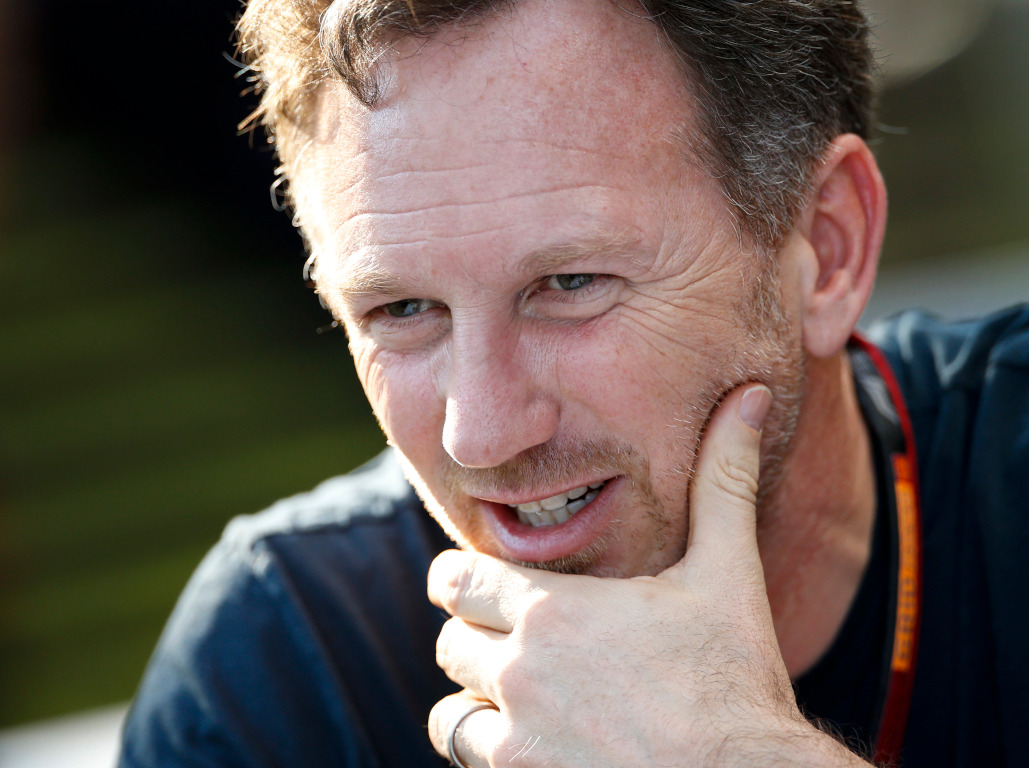 Flirting with a race ban, Christian Horner says Mercedes better prepared its reserve driver to stand in for Lewis Hamilton.

Hamilton is currently sitting on eight penalty points on his licence but it was up to 10 for a few hours in the wake of the Russian Grand Prix.

The championship leader was hit with two five-second time penalties for practicing a start outside the designated zone on his way to the Sochi grid.

That was followed by two penalty points.

Hours later, though, the FIA rescinded those, opting instead to fine Mercedes as the team had told Hamilton he was okay to practice a start outside the zone.

Hamilton: “There’s all rubber here, can I go further out?”
Mercedes: “Affirm.”
Hamilton: “To the end of the pit wall?”
Mercedes: “Yeah, copy. Leave enough room for cars to pass.”

“I don’t know who the reserve driver of Mercedes is, but if I were him, I would start training,” he told the German publication.

“With the slightest error, he would lose his racing licence.”

Lewis Hamilton's penalty points from the #RussianGP have been removed.

But while Horner was joking around, his driver Max Verstappen said it didn’t feel the punishment Hamilton faced was fair.

“He’s been punished enough with the time penalty. I’m not sure whether the penalty points are correct,” was the Dutchman’s assessment.

“If you do any crazy things on the track, then it’s okay,” said the Ferrari driver. “But no points should be awarded for minor offenses.”

The Brit, however, still has a 43-point advantage.