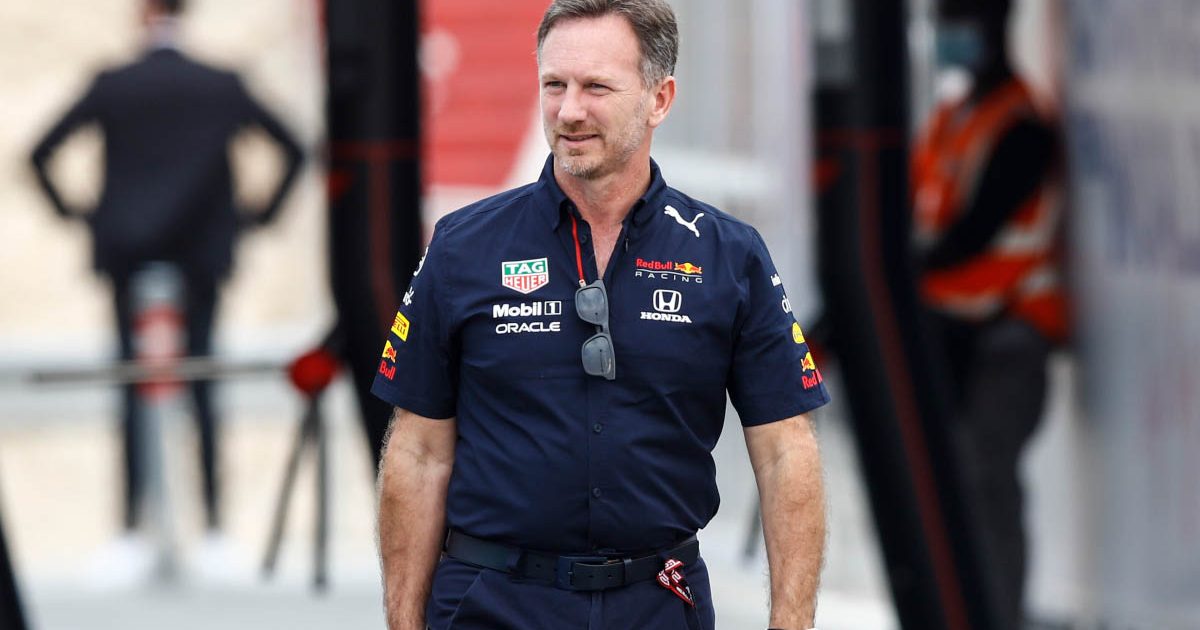 Christian Horner has accused Lewis Hamilton of giving Max Verstappen “subtle little digs” and “provocations” in the battle for the title, but the Red Bull driver does not care.

The war of words between the two championship-contending teams has escalated over the past few weeks, not least between the two team principals – with Alain Prost recently saying that the jibes between Horner and Toto Wolff have now gone too far.

But the Red Bull boss believes the seven-time World Champion is trying to put his title rival off with what he says in the media, but brushed off thoughts that they’d be playing on Verstappen’s mind.

“Lewis continually drops his subtle little digs or provocations,” Horner told the Telegraph. “But I think the great thing about Max is he doesn’t give a f***.

“He is who he is. He drives a car fast. And then he wants to go home and play on his PlayStation. It’s as simple as that.”

Revving up the RB8 for a stroll along the Corniche 💨 pic.twitter.com/uaC9E9Jq7j

Verstappen holds an eight-point lead over Hamilton heading into the final two races of the season, with a double-header in Saudi Arabia and Abu Dhabi to finally close what has been a memorable year for Formula 1.

The sport will head to Jeddah with a complete blank slate, the circuit having never been raced on before and the track is only due to be completed at the last minute.

But despite that, the Red Bull team principal compared the mentality of the Dutchman to another modern sporting great in heading into the unknown this weekend.

“Max drives like Tyson Fury fights,” Horner said. “He’s got that same heart. You just know he’s going to give it everything and if you knock him down, he’s going to get back up.

“He’s got that burning desire, that all-out commitment. I would put money on Max’s first flying lap in Saudi Arabia being the fastest of any driver.”

Apart from his three DNFs and driving to P9 with a damaged car in Hungary, Verstappen has finished in the top two in every other race in 2021 so far, showing his consistency in his first title fight in Formula 1.

Horner feels that will continue in the final two races, and said he feels relaxed about the season’s run-in.

“The maturity Max has shown throughout the campaign has been extremely impressive,” Horner wrote in his column on Red Bull’s website.

“He’s relaxed and dealing with the pressure incredibly well, I think he is driving better than ever.

“A good example of this was during the race in Qatar, when he did not feel we could catch Lewis, but commented over the that radio he “wanted to have some fun”.

“Max is plain-speaking and he calls it how he sees it. He doesn’t work with a sports psychologist; it is just how he copes with it.”