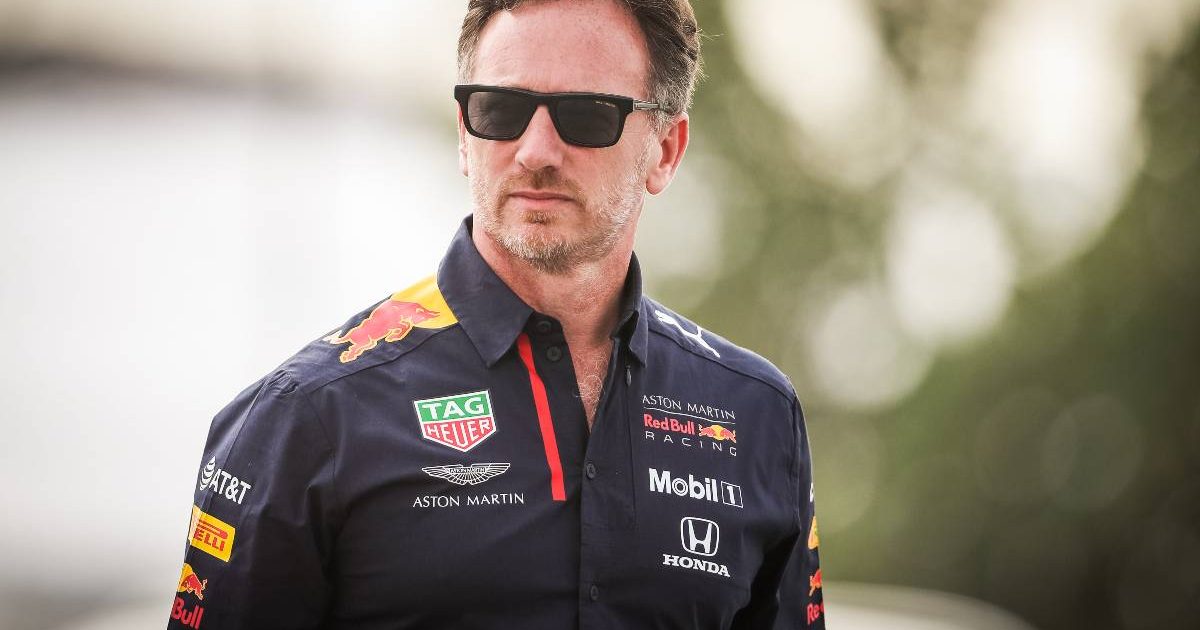 Christian Horner says that Lewis Hamilton was “extremely fortunate” to have been able to complete his recovery drive to second place at Imola.

Hamilton had locked up at the Tosa hairpin at the Emilia Romagna Grand Prix, going into the gravel as he lapped George Russell’s Williams on a wet patch of track. He eventually managed to reverse out of trouble, but found himself a lap down by the time he could get back on track.

Mercedes team-mate Valtteri Bottas then collided with Russell in a huge incident that brought out a red flag. With that, the seven-time World Champion was able to un-lap himself and begin a storming drive through the field to take P2 behind Max Verstappen, and retain a one-point lead in the standings.

Horner admitted that, while Hamilton could count himself lucky at the last race, it was an impressive recovery from the defending champion.

“It has to be said that Lewis was extremely fortunate, a sentiment I’m sure he would echo,” Horner said in his pre-race column on Red Bull’s official website.

“The red flag, which was caused by his team-mate, allowed him to un-lap himself after his own accident when he would have been effectively out of the race for a podium finish.

“But it was a very strong comeback drive by him and Mercedes once again showed great race pace, so you can see there is not a lot in it at the moment.”

Horner said that Mercedes team principal Toto Wolff had been “keen to deflect attention” after the Austrian labelled Red Bull as favourites for the Constructors’ Championship this season.

But with Hamilton’s performances behind the wheel of the Silver Arrows and the first implementation of a budget cap in the sport, the Red Bull team principal knows that a season-long battle means they cannot afford to ease up on their push for both championships.

“It is about getting it right on the day, not making mistakes and developing the car efficiently within the budget cap rules and getting the most out of each weekend,” Horner explained.

“We will try and put as much pressure on Lewis in his title defence as we possibly can. He made a fundamental error when he went off which is easy to do in those conditions but after Max’s victory, he still leads the championship thanks to the single point he won for setting the fastest lap in the race.

“So, if the next 21 races are as exciting as the first two, then it is going to be an epic season.”