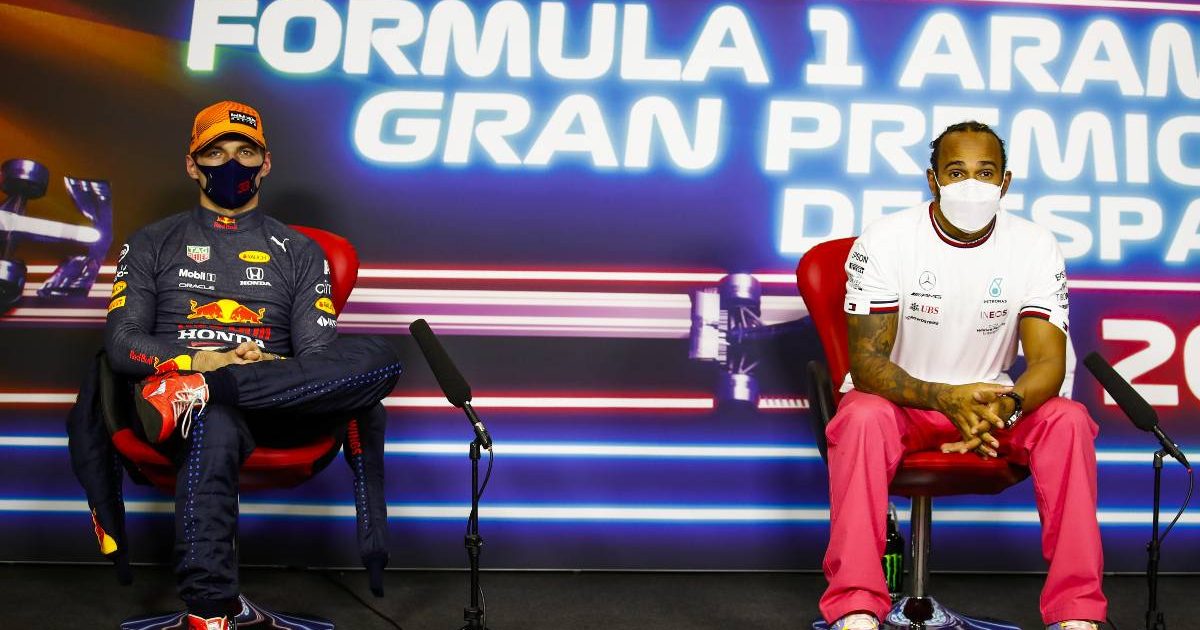 Christian Horner says Max Verstappen “will do his talking on the track” rather than engage in verbal jousting with Lewis Hamilton.

The seven-time World Champion recently alluded to “mistakes” Red Bull had been making in the early stages of their fight with Mercedes for the 2021 titles.

Hamilton’s 3-1 margin of race victories this season over the Dutchman could theoretically have been reversed but for Verstappen’s difficulties keeping within track limits in Bahrain and Portugal.

But Red Bull team principal Horner says the Mercedes racer is not errorproof himself and that Verstappen, instead of resorting to jibes to try and gain a psychological edge, will let actions speak louder than words.

“Max will do his talking on the track,” Horner told ESPN.

“Lewis has demonstrated he’s capable of, excuse my French, dropping a b****ck occasionally. He’s capable of making a significant mistake, as we saw at Imola, and he just got very lucky that he wasn’t a lap down and didn’t pay a bigger price for it.”

Horner was referring to Hamilton going off into the gravel and hitting a barrier at low speed when lapping George Russell on a damp circuit – eventually able to finish second as the race was red-flagged while he was trying to recover with the fitting of a new front wing.

“Look, they can all make mistakes and we’re at the non-pressured stage of the championship at the moment. As we get to the business end it will count for more,” added Horner.

“When five races are left and if there is still the points difference there is now [14 in Hamilton’s favour], that’s when the pressure mounts up – not at this stage.”

This is the first time Verstappen has ever really looked in a position to throw down a title challenge to Hamilton – and his team boss believes he is ready to tackle it head-on.

“I think he’s got that youthful bravado, he’s got nothing to lose,” said Horner.

“Every big pressure point in his career I’ve seen him deal with previously, he’s stepped up to the plate tremendously well.

“I’ve no doubt he’ll be able to deal with it should the opportunity come.”

Horner also expressed a weariness over Mercedes trying to deflect attention on to Red Bull by saying the challengers are favourites over the reigning champions.

“[Those statements] don’t have any impact on the team at all,” he said. “Lewis is a multiple World Champion and Mercedes are the reigning seven-time World Champions.