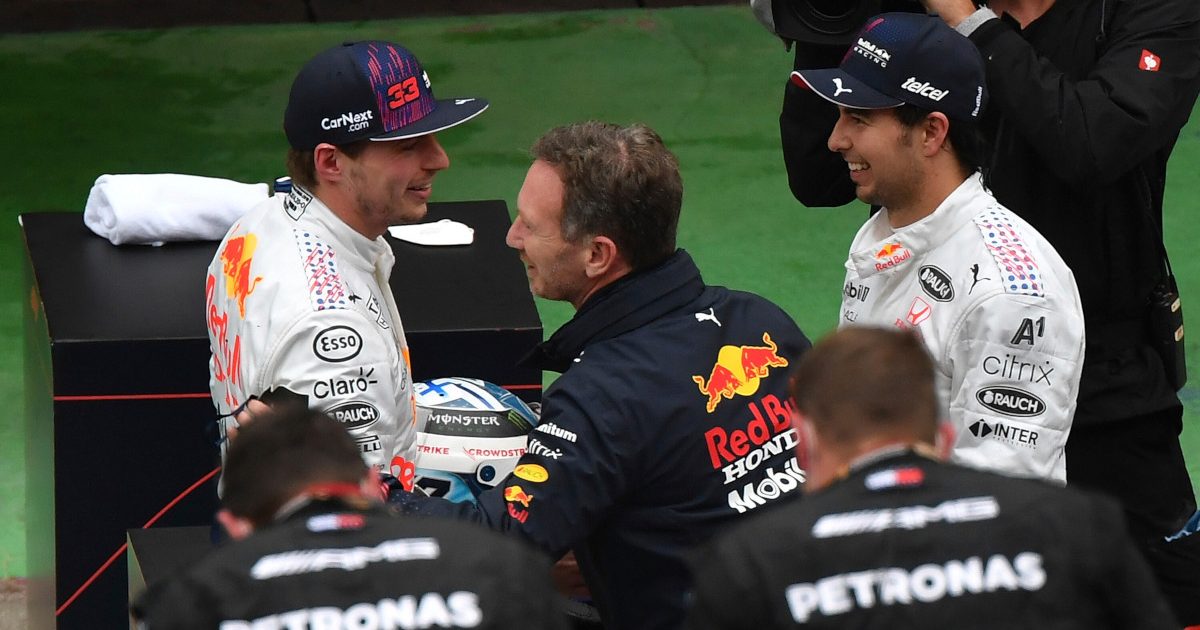 Christian Horner has billed Red Bull’s relationship with Mercedes as “respectful”, but that is where it ends.

This year’s championship is producing one of the best title fights Formula 1 has witnessed in years as Max Verstappen, chasing his first Drivers’ title, takes on Lewis Hamilton, who is seeking a record-breaking eighth title.

The pendulum has swung between the two protagonists with Verstappen presently holding a six-point advantage over his Mercedes rival with six races remaining.

Almost from the get-go this year’s battle wasn’t only on the track but also off it with Mercedes and Red Bull both asking questions about the legality of each others’ cars.

So much so that Horner previously stated that this was the most “political” season Red Bull have ever ben involved in.

He, however, insists there is still respect between the two teams.

“Respectful, I would say,” he told Sport Bild when asked of Red Bull’s relationship with Mercedes. “But we have little to do with Mercedes.

“We don’t really have a relationship with each other but still respect.”

Denying that Red Bull consider Mercedes a role model, Horner added: “We set our own goals and standards. We don’t follow anyone.”

The team boss conceded that there is still “friction”, both teams wanting to win the World title.

Asked who has the meanest tricks, Horner responded with a laugh: “I can’t say that.

“The championship is just as competitive off the track as it is on track. There will always be friction.

“Mercedes wants to defend the title, we want to finally win it again. That’s the only reason we’re here!

“You can’t do it with luck alone.

“You have to have a reliable car, of course we have to provide the speed and the best strategy.

“It’s not like everything depends on a variable. The complete package must run perfectly.

“This is the first time in years that Mercedes has been under such pressure and we have to take advantage of that.”

Like Mercedes, Red Bull are having to balance this year’s title fight versus next year’s all-new car.

Horner explained: “While we as a race team are concentrating 100 percent on the current season, the development team has been working on the 2022 car for months.

“Now production is also getting started on the 2022 season. Without losing sight of the current season.”