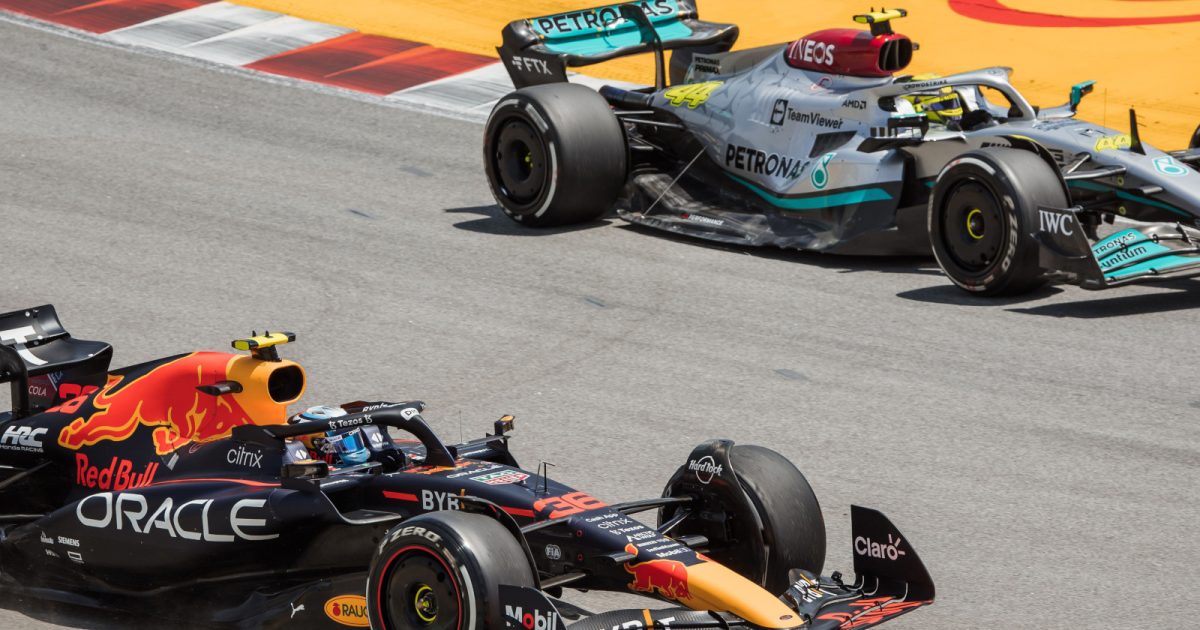 On the back of arguably their best Friday of this season, Christian Horner says he always said it was a “only a matter of time” before Mercedes joined the fight.

George Russell and Lewis Hamilton were second and third quickest in Friday’s practice for the Spanish Grand Prix on a day when Mercedes introduced a new floor, front wing endplates and rear corner endplates.

The floor featured a scythe-like edge floor wing while the shape was also changed.

Mercedes went almost bounce-free throughout the two practice hours, while in FP2 they had the fastest time down the straight.

Russell’s best lap time was two tenths of a second up on Red Bull’s Max Verstappen, the Dutchman only P5 in his slimmed-down RB18.

“I’ve said all year it’s only a matter of time before they get their problems under control and they now seem able to do so,” Horner told Sky Sports F1.

“So they will be another factor in the World Championship fight.”

Not quite quickest, but Lewis Hamilton feels Mercedes are "on their way" after a solid Friday in Spain.https://t.co/DwvWCjF9xg #F1 #SpanishGP

Mercedes are third in the title race on 95 points, 56 behind Red Bull and a further six adrift of Ferrari.

However, it must be noted that last time out in Miami, Russell finished Friday’s practice fastest of all and then qualified down in 12th place.

He did recover to score points, continuing his top-five run, but overall Mercedes were disappointed with their Miami GP result, a race Verstappen won for Red Bull.

Horner continued: “They have had a strong start and we still have a few things to clarify on our part. But it’s interesting because it changes the whole dynamic in the fight for the title.

“On this track, it’s very important to get the car right. You have to get the set-up right and get tyre degradation under control. Especially in the race, the left front tyre is put under a lot of pressure.

“It’s a complex track and the driver’s influence is more limited than on other tracks, but of course they still make a difference.”

But while happy with Mercedes’ performance on Friday, Russell reckons Red Bull and Ferrari were running with less power.

Put to Horner, he replied: “Mercedes turned up the heat in Miami on Saturday, we don’t know whether they did the same here because you don’t know the engine settings of the competition.

“We will only find out in qualifying and of course in the race.”

As for Hamilton, the seven-time former World Champion was “super-happy with the progress” made at the Barcelona circuit.

He added: “A big, big, big, big thank you to everyone back at the factory for not giving up and continuing to push.

“We are not the quickest but I think we are on our way.”