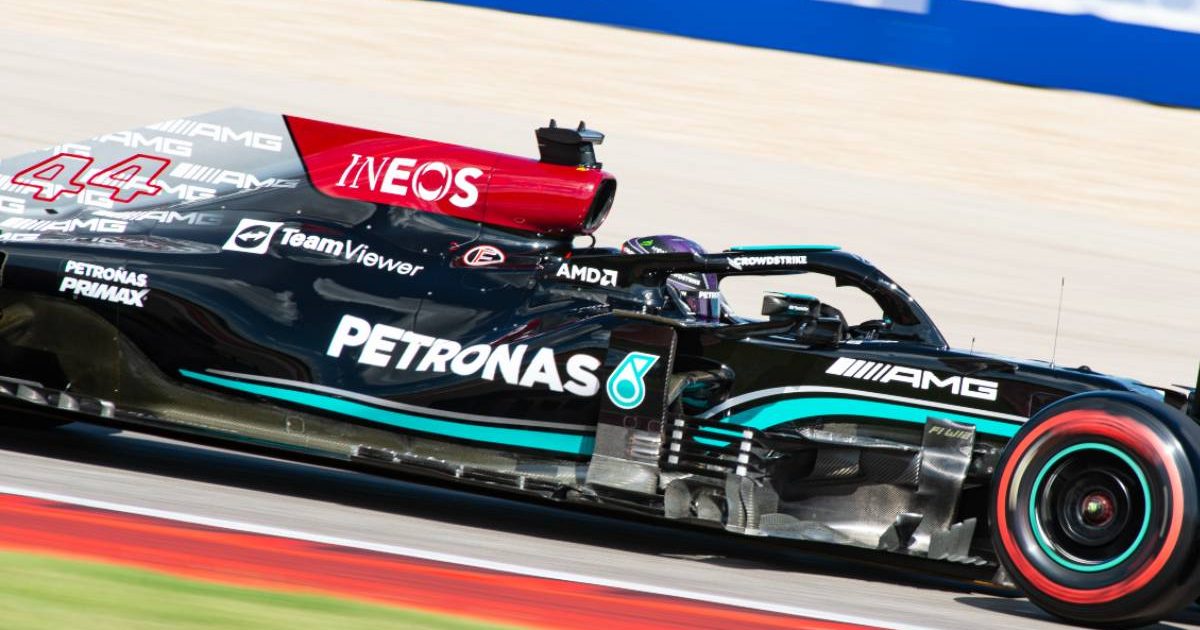 Christian Horner is convinced Mercedes are using a special “device” that has increased their straight-line speed.

Mercedes have established a pace advantage over Red Bull at the last few races that has boosted their hopes of retaining both of their World Championship titles.

Red Bull team principal Horner does not think it is purely down to an engine upgrade, instead citing the “device” which he suspects lowers the rear of the W12 on the straights – something which Sky F1 pundit Paul di Resta also highlighted during his analysis after FP1 for the United States Grand Prix.

“I think Mercedes are obviously optimising a straight-line device that they are able to do at that type of circuit,” Horner told Sky F1 in Austin during FP1, referring to the previous race at Istanbul Park.

“If you look at the rear of their car, you know, how it lowers. I think [Turkey] played to their strengths.”

Horner added to Motorsport.com: “Their straight-line speed has taken a significant step recently and I think whereas we could match them with smaller wings previously, now we can’t get near.”

That was borne out in FP1 at the Circuit of The Americas where Valtteri Bottas was fastest by 0.045sec from Lewis Hamilton, with Verstappen only just within a second of the Finn. Fourth-placed Charles Leclerc was 1.460sec slower than Bottas.

Speaking to Sky F1 again during FP2, Horner did state that Red Bull saw nothing to suggest Mercedes are doing anything illegal.

“I think we recognise absolutely this is a sport where competitors will always try to find out if there is some kind of silver bullet,” said Wolff. “My experience is there is no such thing, it’s all the small gains, marginal gains that have been added and bring performance.

“We are trying to really comprehend our car better and add performance in lap time without listening too much to the noise.”

Asked about his explanation for Mercedes’ dominant form in the Turkish Grand Prix, won by Bottas, Wolff claimed his team had found the “sweet spot” on how to set up their car.

“I think what we have been able to understand is how to hit the sweet spot of the car in terms of the set-up,” he explained.

“Today when you look at the lap time, it’s a straight-line gain and I think we found the right compromise between drag and downforce.

“And on the other side, we were very quick through the very fast corners, which is good and equal to Red Bull on the slow corners. So overall, the car is much better together.”