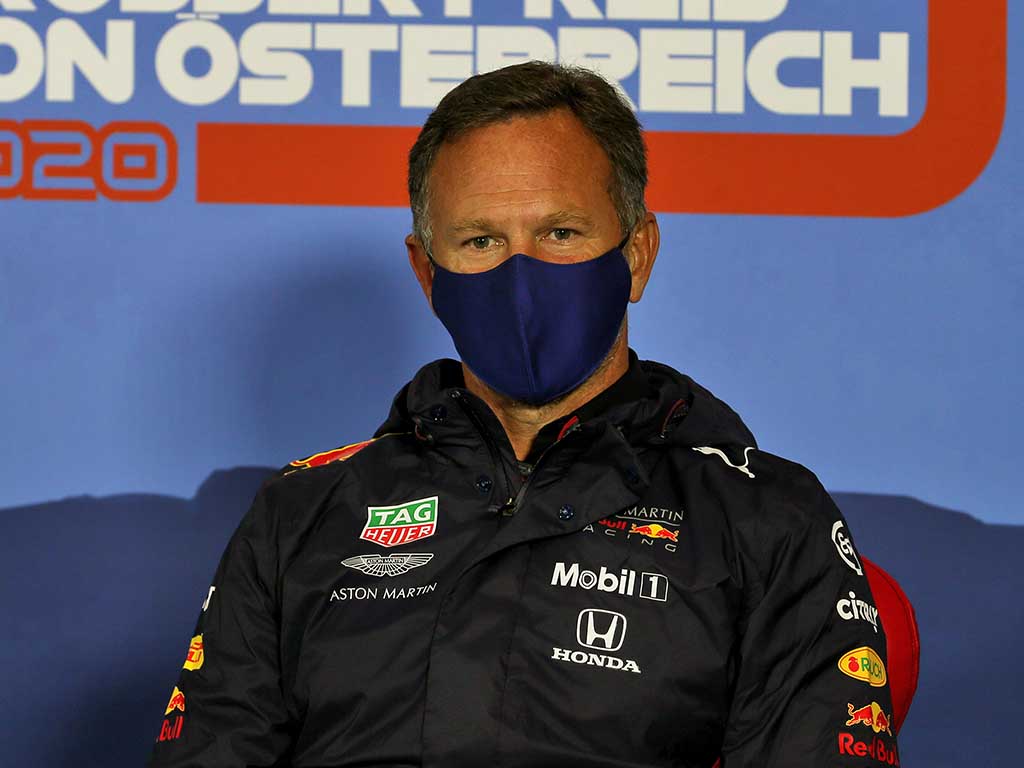 Christian Horner suspects that Racing Point are playing within the rules in their decision to follow the Mercedes development path rather than their own.

Racing Point ripped up their own philosophy and decided to be inspired by the dominant Mercedes team when it came to producing the RP20 for the 2020 campaign. From the outset, the team soon to be known as Aston Martin has always strongly denied any suggestions of any wrongdoing.

The change in development approach has resulted in the RP20 looking an awful lot like the 2019 Mercedes W10 and it is now the subject of what is going to be a lengthy FIA investigation, with a verdict on its legality not expected until the Silverstone double header, following a protest by Renault after the conclusion of the Styrian Grand Prix.

And the Red Bull boss, no stranger himself to an FIA protest as his team questioned the legality of Mercedes’ DAS system at the season opener in Austria, had his say on the matter.

(To be clear, this wasn't ACTUALLY a deleted tweet from Renault. They're funnier than me, they'd come up with something even more original).

“I’ve always stood by the fact it is easier to sell a car than to copy it,” Horner told Sky Sports F1.

“You can see the closeness of those two cars but I’m sure it is probably within the rules because they is no copyright within Formula 1.

“They can photograph, they can scan them and can recreate that shape but it depends how they have had access to those components which is what Renault is complaining about.

“But it’s the fastest route to competitiveness as Racing Point has demonstrated.”

Horner is hoping that a decision is made on the Racing Point car as soon as possible as it will then give the rest of the paddock the clarifications they need for when they produce the 2021 models of their cars.

“Whatever the outcome of that is it will obviously dictate different strategies for different teams next year. A lot weighs on that [decision].

“So the FIA just need to say ‘yes they are fine with it’ or obviously ‘no they are not’, so a ruling on that sooner rather than later for all teams will be beneficial.”

The RP20’s brake ducts are one of the main components under scrutiny by the FIA. They have seized those and asked Mercedes to provide the brake ducts to their W10 for comparison purposes.